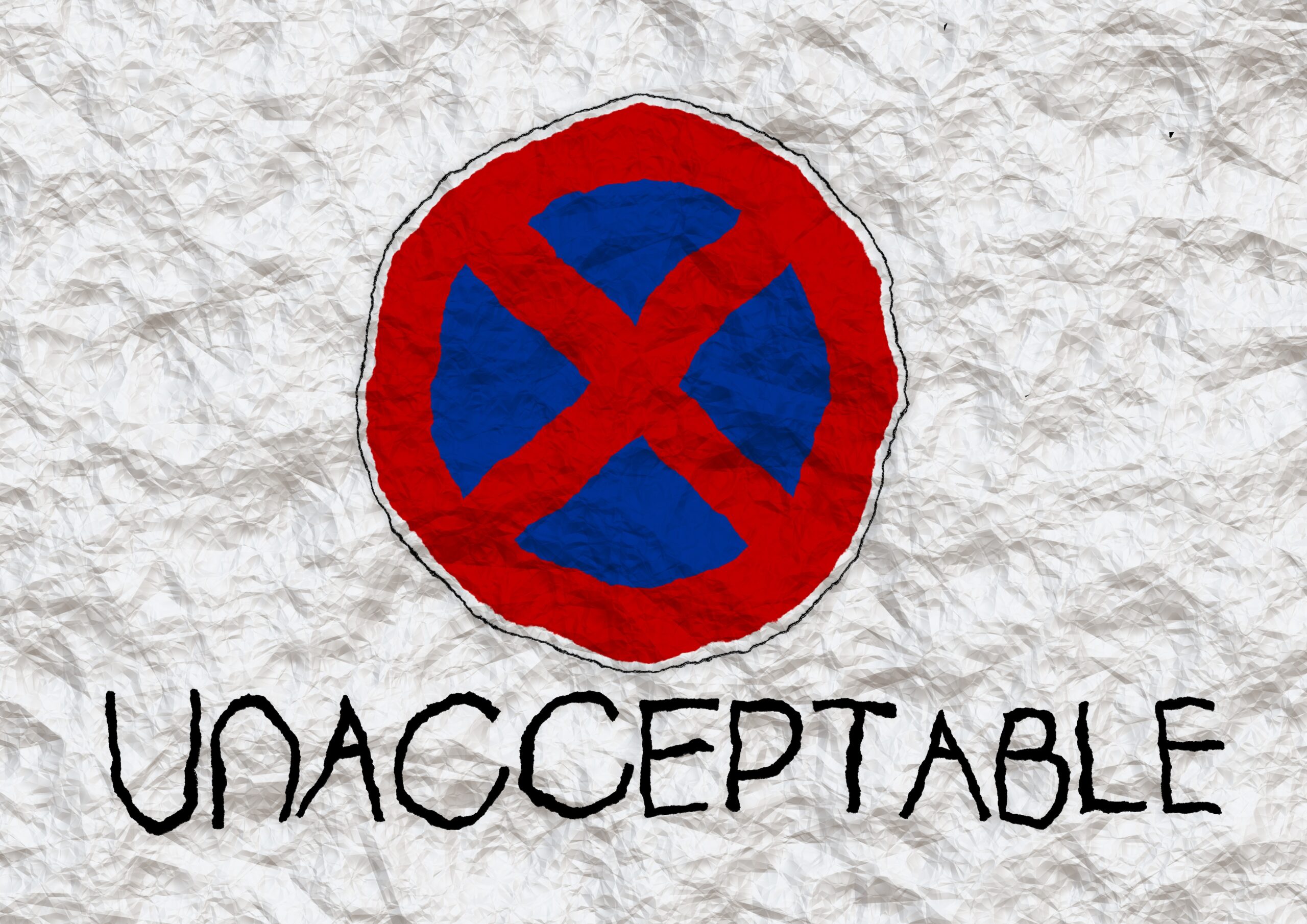 What do you do when your company is pro-healthy, pro-lazy (with a caveat), anti-pro-health-shaming, and anti-pro-fat-acceptance? Well, apparently you get your ads banned from all social media platforms.

That’s a lot of pros and antis but stay with me here because as usual, or most of the time at least, there’s a method to my madness.

First off, virtually everyone has heard the cries of “censorship” from various political-leaning consumers/politicians and while the actual truth of the matter remains to be seen in full, it appears that social media has a BIG misunderstanding when it comes to “fat-shaming” versus “pro-healthy.”

Don’t get me wrong, fat-shaming is absolute BS and shouldn’t be tolerated. Hell, I’ve had a beer belly (even though I don’t drink beer… maybe it’s a bourbon belly) for like 30 years and I’m the last one to ever try to shame someone for their size. BUT… there’s a HUGE difference between it and promoting losing weight.

But not according to social media.

Second, even though I didn’t know what it was called until I was commissioned to write a book on it, I’ve been practicing intermittent fasting(1) for decades. And guess what… our bodies were made for it. How? Well, our hunter/gatherer ancestors did it ALL the time. Albeit not on purpose but they ate when there was food to be had and then could go days simply surviving on a single meal of berries or vegetables. If even that.

For me, I eat when I’m hungry. Which actually isn’t all that often. MAYBE once every other day but rarely more than once a day. That’s another reason my bourbon belly is rather perplexing.

Third – intermittent fasting is supported by the Mayo Clinic,

So… why does social media ban any advertising related to such?

Well, understandably, they don’t want teens to feel shamed into losing weight or give them body-image issues. However, they seem to be SO worried about this that they ban ANY sort of advertising related to intermittent fasting. Without ever actually reviewing the actual product/service/content.

Check it out. Litely is an intermittent fasting app that is pro-health AND pro-lazy. Meaning, you don’t necessarily HAVE to exercise or undergo yet another fad diet regimen because the app is a powerful fasting tracker app that guides people to fast with a simple timer, daily diet plans, a beginner guide & more!

It promotes losing weight in a healthy manner.

But their ads were removed and this was the only explanations provided.

Wow. A blanket ban that apparently spans the globe.

They weren’t calling anyone fat. Intermittent fasting isn’t dangerous. No one is shaming anyone. They’re just promoting a healthy way to lose weight.

So, with the recent advertising bans, Litely App is beginning to rethink its promotional efforts and is, as of today, kicking off its Pro-Healthy-Shaming Campaign – and will be taking to the streets to get the word out about its latest advertising campaign, entitled: “From Fat and Lazy in 2022, to Just Lazy in 2023.”

When reached for comment, a company spokesperson said, “we defend our pro-healthy, pro-lazy (via intermittent fasting), anti-pro-health-shaming, and anti-pro-fat-acceptance. We just don’t think excess fat cells are good, and we think having more time (they can call it lazy if they want to) is like Lazy-Shaming or Pro-Relax and More Time-Shaming.”

He went on to say, “Does that make Litely as a company Anti-Pro-Fat-Acceptance or Anti-Pro-Health-Shamers or just Pro-Wellness? It’s getting confusing out there, and we simply support reduced fat for health and laziness (what we jokingly refer to as “more time in our day” via intermittent fasting). Why lazy? Because with scientifically-supported intermittent fasting strategies, the Litely App allows members to lose weight by spending less time cooking, preparing, and eating throughout the day.”

Litely is an app for weight loss and healthy living. It guides people to fast with a simple timer, daily diet plans, and a beginner guide. According to the Mayo Clinic, alternate-day fasting is about as effective as a typical low-calorie diet for weight loss. Fasting also affects metabolic processes in the body that may decrease inflammation and improve blood sugar regulation and physical stress response.

Sooooo…. As any company would do at this point, as a result of the challenge of online promotions and the recent rejections from TikTok, Instagram, and Facebook, Litely will be running a street marketing campaign in New York City this week, putting the ads into people’s hands, the old-fashioned way – one flyer at a time.

And guess what? We’re going to have the inside info on this, well, here’s another one.. anti-social-media-censorship campaign.

We’re HUGE advocates of free speech (there’s some good stories there and maybe we’ll share some of them in the future) so when this came across my desk, I had to check it out.

That’s not what THEY call it, re: anti-social-media-censorship, but that’s it in a nutshell. They’re anti-pro-health, anti-science, and anti-free-speech.

Stay tuned to GeekInsider.com as we continue to cover this movement to not only enlighten the masses about Litely, but the issues they’ll likely continue to encounter with their advertising campaigns.

(1) Intermittent fasting (IF) is a meal timing schedule that switches between periods of eating and fasting. It is an easy and safe way to lose belly fat and live a healthy life. During IF, your body can enter ketosis, which enables your body to burn fat. When you are in your fasting window, you’d better eat food with zero calories. During the eating window, you don’t need a calorie counter, meal plan, or food tracker anymore. There are many fasting benefits, such as slowing down the aging process and helping you lose weight.

There are many types of fasting diet plans for beginners and experienced men and women. The most common intermittent fasting schedules or methods are 16:8, 5:2, and water fasting. If you choose the 16-hour fasting intervals, you will fast for 16 hours.