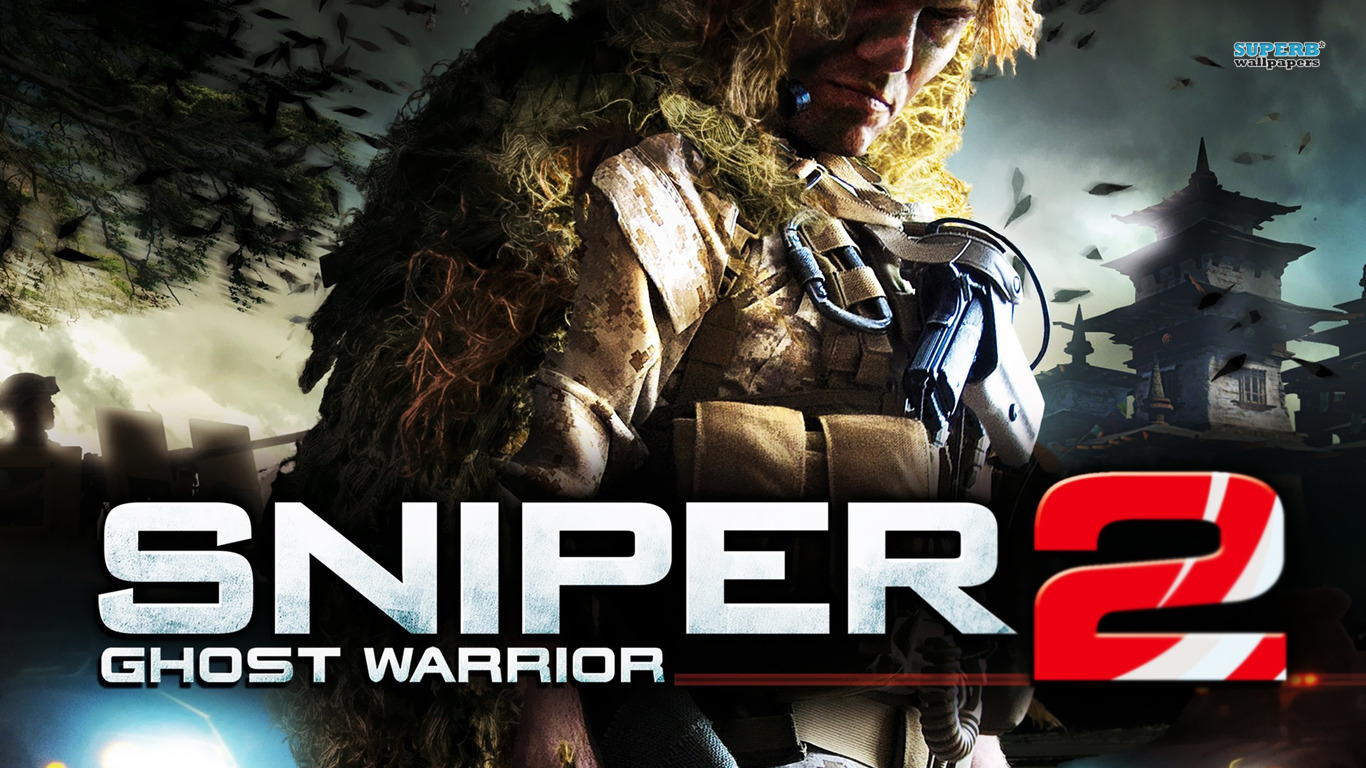 I had my reservations when I picked up this game. If you remember the original Sniper: Ghost Warrior, you’ll remember a laughably bad game; full of glitches, invisible walls, poor A.I., and terrible level design. Considering all this, it came as bit of a surprise when the game’s developers, City Interactive, announced that they would be making a sequel. So, has City Interactive learned from their mistakes? 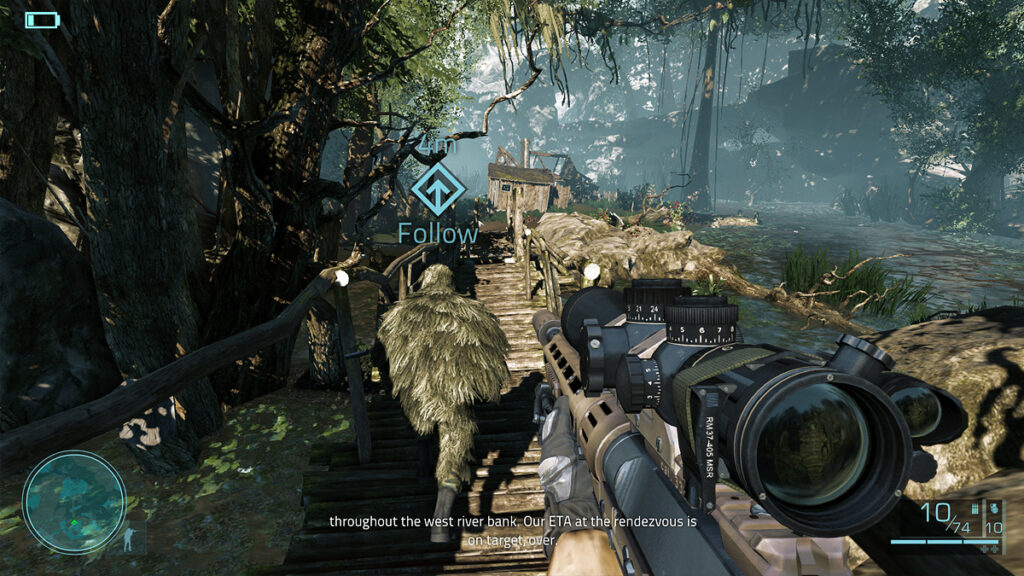 Well, I suppose the Sniper: Ghost Warrior 2 actually works. Most of the time. That, it must be said, is already an improvement on the original. It certainly isn’t the unplayable monstrosity that the first game was.  That doesn’t make it good, however. The trouble with sniping from long range? It’s rather boring. Essentially, each mission plays out exactly the same way, with slightly different variables. You make your way along a very linear path, sneaking past or killing enemies along the way, until you reach a conveniently placed church tower, or cliff ledge, overlooking an enemy base of some kind. You then shoot everyone and move on; through more linear corridors and up to more ‘sniper nests.’ There is a certain fish-in-a-barrel feeling during these moments as you shoot at your unwitting enemies from relative safety.

As you have probably guessed already, you play as a sniper. So most of the game is spent sniping. This is a good thing as the sniping mechanic is probably the best bit about Sniper: Ghost Warrior 2. You have to adjust your shot based on factors such as wind-speed, and distance. This mechanic is made a little redundant on the first two difficulty settings, however, as you are provided with a small red dot telling you where your bullet will actually land. On the hardest difficulty section this provides for some decent gameplay. Landing a long-shot feels particularly satisfying and while not offering the same realism as games like ARMA, Sniper: Ghost Warrior 2 does give something a little less arcade-y than CoD or Battlefield. 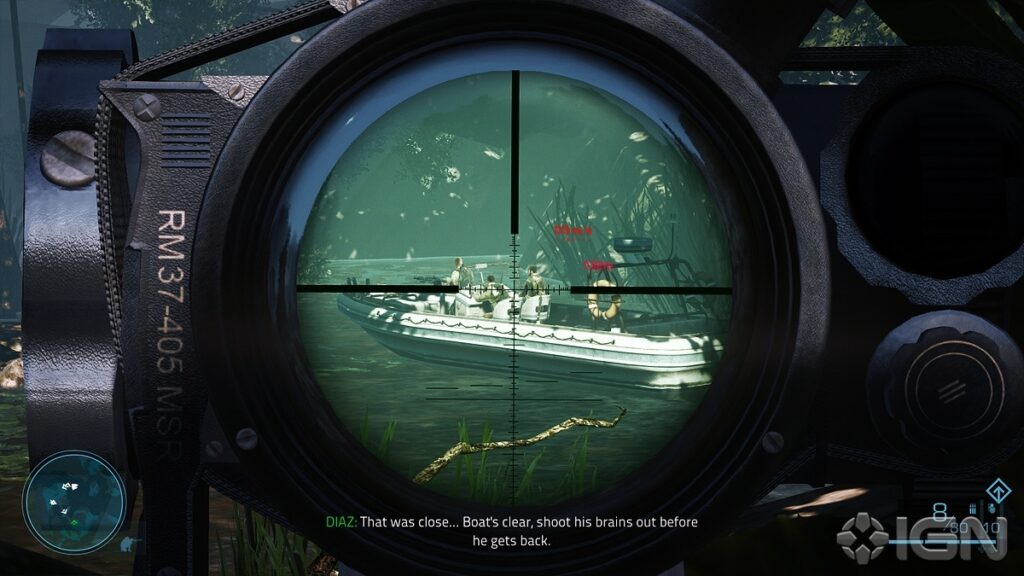 Unfortunately, this is detracted from by the enemy AI which is frustratingly inconsistent, and mostly useless. Sometimes it seems as though your enemies have eyes in the back of their heads, and yet at other times, they wont notice a thing as you drop 5 of their buddies standing next to them. There seems to be very little consistency to the stealth mechanic, too. Some seem to have Superman’s x-ray vision while others appear to require hearing aids and a pair of especially strong glasses . I mean, look at Far Cry 3. Right there, is an example of excellent enemy AI. It is consistent. That’s important as it defines the parameters of game play. The enemies are consistently clever. They will spread out and search for you. They will attempt to flank you. But it doesn’t feel unfair. Compare this to Sniper: Ghost Warrior 2. As I have already said, it is inconsistent. They spot you when they shouldn’t, and they shoot at you with incredible, unerring accuracy which means any extended firefight invariably results in your death. At other times, they don’t react at all as you slice through their ranks. The game is either unfairly punishing, or boringly easy.

The story is so nondescript, it’s embarrassing. There are terrorists or something, apparently. And you have to kill them. In between missions you are treated to some audio which provides you with a little context to the next part of the game. However it is largely all meaningless and adds nothing to the game play. Perhaps had there been a half- interesting explanation as to why you’re bothering, it would have added some much needed tension. But there isn’t. There is no sense of urgency. What sorry attempt at a story that there is, is voice-acted so terribly that you’ll be hard pressed not to laugh at it anyway.

So, on to the multiplayer mode. There’s only one game type (team deathmatch) and there’s only two maps. I mean, that’s not a brilliant start for a game in a genre in which the norm is dozens of both. That said, it’s actually pretty fun. It requires a lot more patience than the standard FPS fare and it can get pretty tense. There are actually very few shots fired compared to normal FPS games, as shooting can give your position away to the enemy team which means you can’t just pop shots off for the fun of it. While the multi-player mode provides much more entertainment than the single player, I hope they add some more maps and game types later. 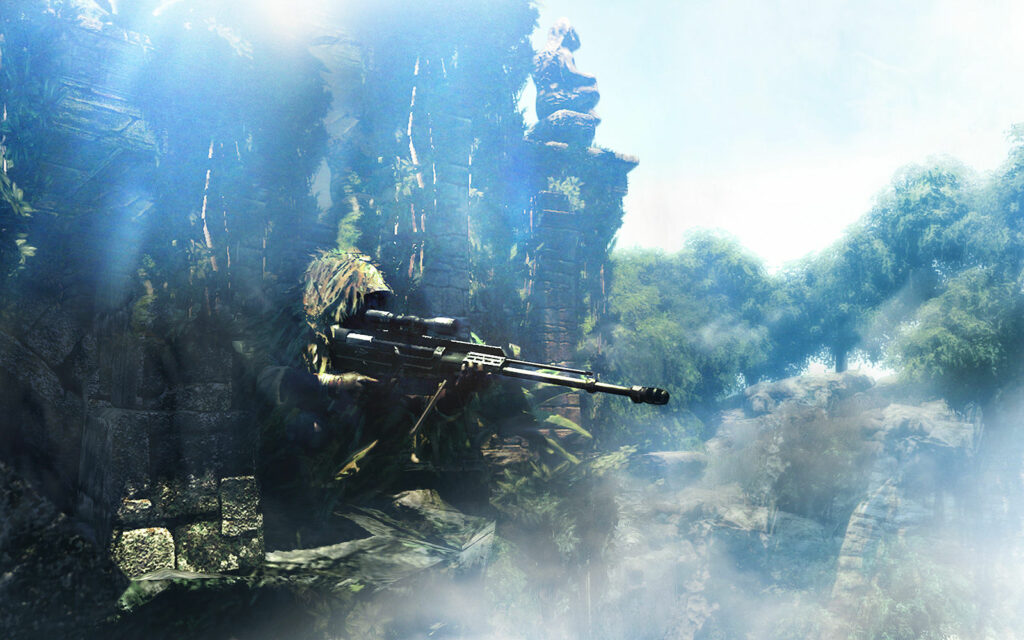 I may have been too harsh on Sniper: Ghost Warrior 2 in this review. Not that everything I’ve said in here isn’t true, as this is not a triple-A title. It is a budget game and retails for $30 rather than the normal $60. One could say that I have been unfair in comparing Sniper: Ghost Warrior 2 to huge franchises such as Halo, CoD, and Battlefield. These games have almost infinite resources and huge development teams – City Interactive have neither of these. Having said that, there are countless of examples of small and indie developers who create incredible games on a limited budget. Unfortunately, Sniper: Ghost Warrior 2 is not one of those games. It is not particularly imaginative nor clever. It’s much the same as every other modern shooter. Except worse.

5.5/10 Wait until you find it in the bargain bucket before buying this game.