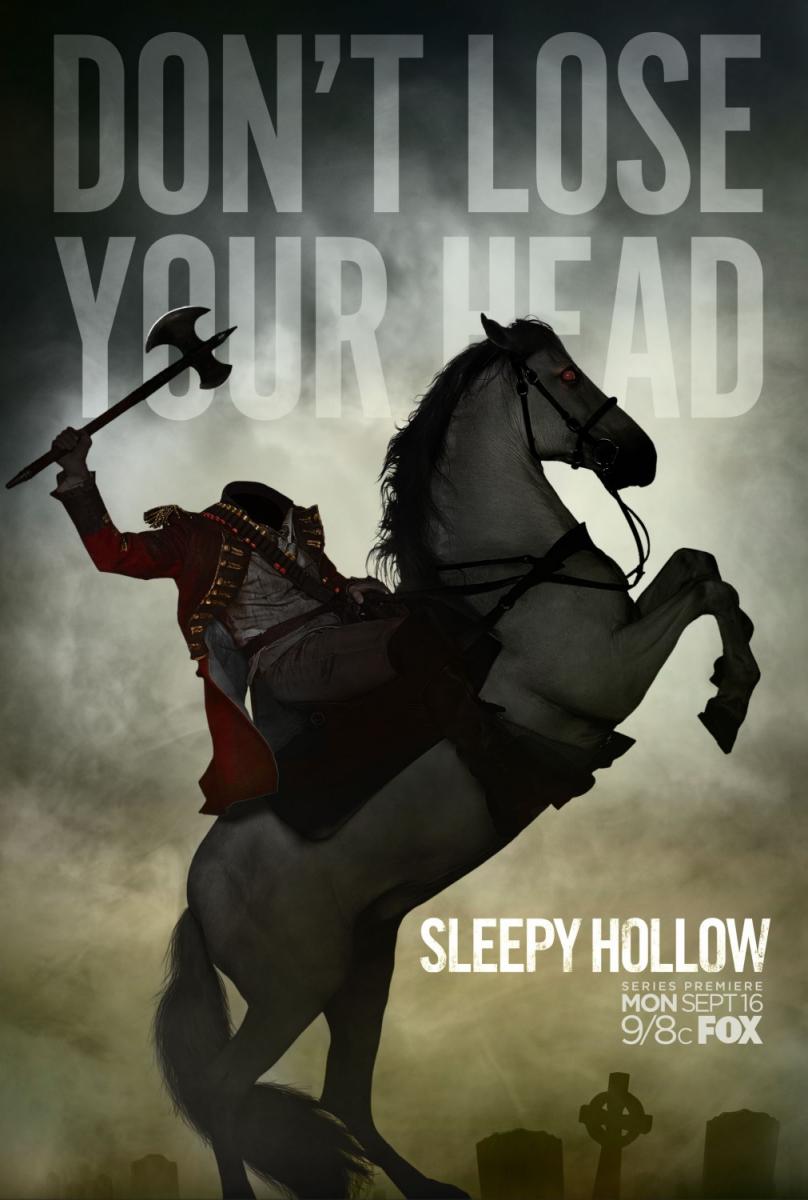 After the huge cliffhanger at the end of Sleepy Hollow’s first season, you can bet various fans are itching to see how Ichabod and Abby, our two protagonists, are going to get out of the mess they are in. Recently at Comic Con some details have been revealed about what exactly fans have to look forward to in season two!

Alex Kurtzman,Roberto Orci and Len Wiseman, co-creators and executive producers of Sleepy Hollow, revealed that there is a variety of ghouls and ghosts that Abby and Ichabod will face this upcoming season. Seems like War, a villain revealed at the end of Season One, will be the primary antagonist, however Ichabod will attempt to reform and connect to his clearly bitter and hateful son. However Season Two will also host a Wendigo, Succubus, the Pied Piper and a Kindred, possibly some sort of were-creature. However new creatures aren’t the only additions this season.

Lenna Reyes is the new sheriff in Sleepy Hollow and brings with her a no-nonsense attitude that will serve as an obstacle to Abby and Ichabod. Especially since Abby and Ichabod will try to continue to keep their headquarters in the precinct like in Season One. However Reyes is more than just a steadfast sheriff, she has a history with Sleepy Hollow but has been on the border patrol for years now, making her unaware of the supernatural baddies plaguing Sleepy Hollow this past season. Apparently Reyes’s mysterious past will be revealed via Reyes’s parents and Reyes herself.

The Creators Opinions on Abby and Ichabod’s Relationship

One huge question among the Sleepy Hollow fan base is whether Abby and Ichabod are planned to be a couple, which happens often between protagonists in most TV shows. However Wiseman stated that he views Abby and Ichabod’s relationship similar to that of Scully and Mulder from The X-Files, a friendship based on mutual respect. One of the executive producers Mark Goffman simply stated “It’s just hard to have a relationship during the Apocalypse.” Basically its been re-affirmed that while there have been moments of jealously demonstrated by the two main characters, Abby and Ichabod have a simple and non-romantic or sexual relationship. Nicole Beharie, the actress who portrays Abby in Sleepy Hollow, stated that this relationship between Ichabod and Abby is what attracted her to the show in the first place. Beharie stated “One of the things that attracted me about this part is that she has a relationship with the man, but it’s not romantic and she’s not necessarily defined by some sexual or amorous desires,” she said. “That she’s actually kind of unearthing all these things about her past and her history, and that through this person that seems like he shouldn’t be in her life, he’s actually her partner.” It is interesting to see two main characters suffer through multiple supernatural trials, yet not develop a romantic attachment, which in the end makes Sleepy Hollow all the more unique and fantastic.

Season Two of Sleepy Hollow will debut this fall and from the sound of it, fans and newcomers alike have a lot to look forward too. Let’s hope that the creators give viewers a season equal to or surpassing their first fantastic season!

The Possibility Of A Third ‘Silent Hill’ Movie