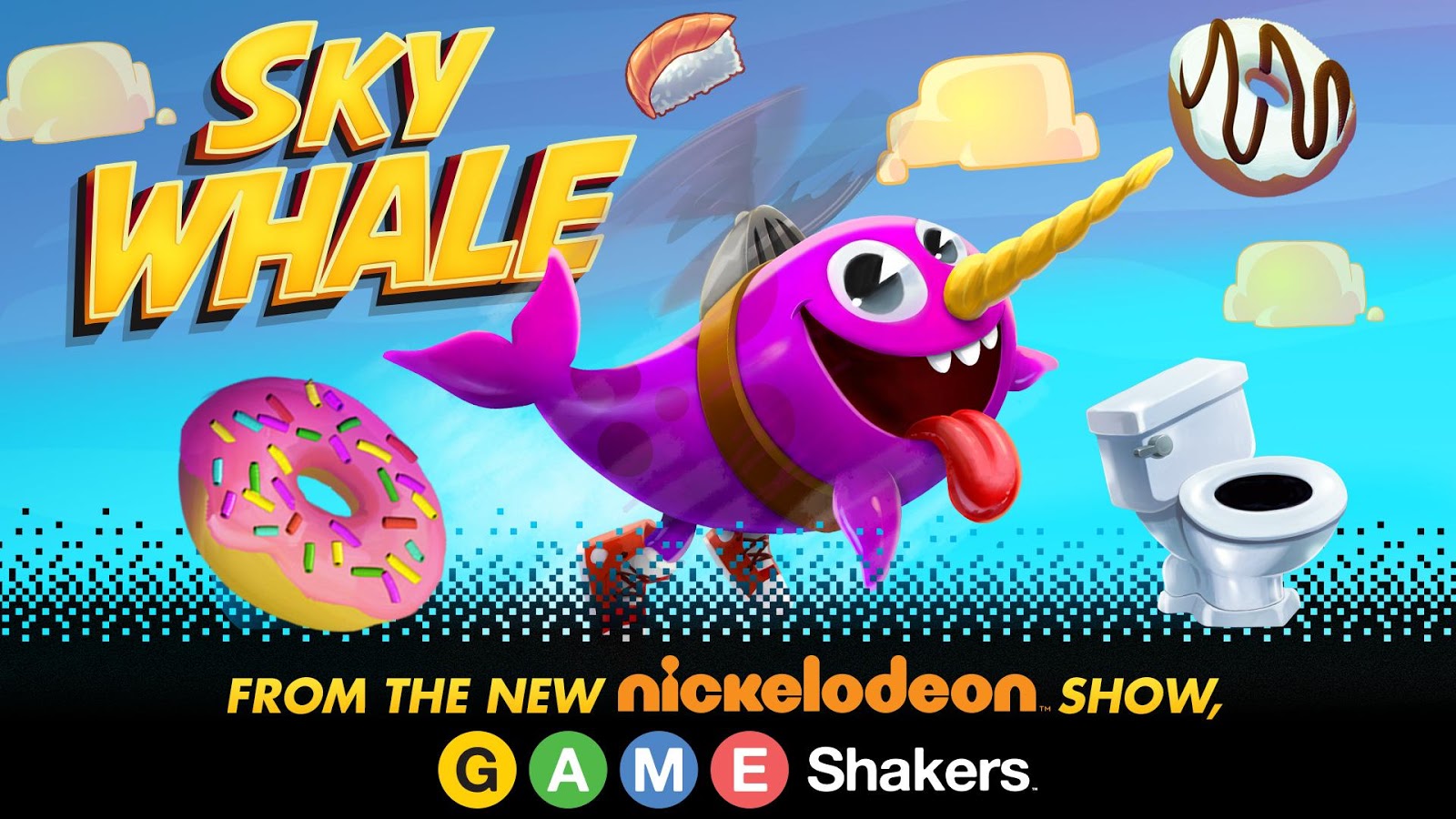 What do narwhals and donuts have in common? They’re the two main ingredients of the insanely addicting mobile game Sky Whale. The game is a real-life version of the app created by two middle-schoolers in Nickelodeon’s Game Shakers, a comedy about two girls who create a successful app as a school project. Not only is the show hilarious and entertaining, the app will keep you glued to your phone for hours on end.

The premise of the game is simple: keep the narwhal in the air. Whenever you hit a cloud in the sky or another object (we’ll get to those later) you bounce up and stay in the air longer. If you want to bounce up but don’t see a cloud nearby, you can tap the screen to jump, using one of your donuts. Whenever you tap the screen, you use up a donut, so make sure to collect as many as you can along the way. The further your narwhal goes, the more points you earn. You can then exchange those points for bonuses that help you stay up in the air, such as monkeys, bottles of soda that catapult you further across the sky, or even pieces of pizza. Be sure to grab the snorkel when you’ve got enough points. Instead of falling into the water and starting the game over, the snorkel lets you swim underwater and go further in the game!

I earned enough points to get all the special bonuses and was worried that the game wouldn’t be as fun anymore. But don’t worry, I checked the game today and they have extra special Halloween-themed bonuses! They have everything from broomsticks to black cats to ooey-gooey eyeballs.

My high score is 3,141. Think you can beat it? Sky Whale is available for free in the App Store for iPhone and Android. Game Shakers airs on Nickelodeon Saturdays at 8:30 EST.

Catherine is a recent graduate of Virginia Tech. She loves all things pop culture and technology. In her free time she enjoys coding, watching videos by her favorite YouTubers Grace Helbig and iJustine, and going on walks.

Where the Heck Did the First Video Game “Boss” Come From?