Home Geek LifeReviewsTV and Movies Six Episodes In, ‘True Detective’ May Have More Questions Than Answers
TV and MoviesFeatured

Six Episodes In, ‘True Detective’ May Have More Questions Than Answers 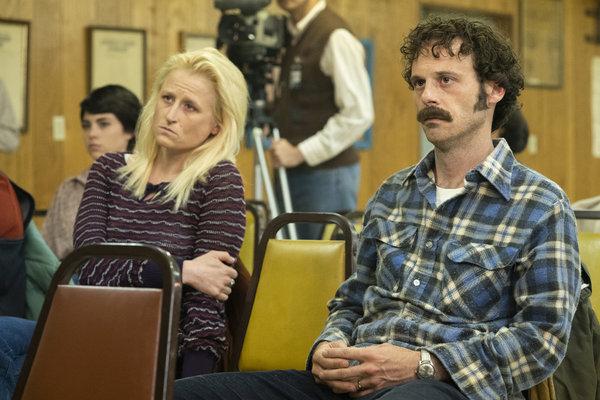 The problem with a show being so close to great that you can reach out and touch it, catch the hint on the tip of your tongue, is that the metric used to measure its quality becomes much more rigorous; the less we expect, the happier we are when something merely clears the bar. True Detective season three is in a weird place. I am using the collective “we” because it was close enough to universally loved to warrant that pronoun, when I say that we loved season one. Whether or not it actually, truly, was good is a conversation for an entirely different article, but it set lofty expectations. We loved True Detective; long live True Detective.

But Then Season Two Happened

And we hated it. Boo True Detective. So we find ourselves in a strange place. The first immediate requirement for season three to be a success was simply to exceed season two -it undeniably does. But once it exceeded season two, the next obvious goal is to match the quality of season one. Despite being an anthology series, it is clear that season one and season three have the same DNA and exist within the same world. And so it is through the same critical eye that I viewed season one, that I now engage with every episode of season three of True Detective. I know this all seems like a considerable amount of preamble, but this reality has weighed heavily on me, in attempting to properly assess the quality of this season. Am I expecting too much? When I am disappointed that two good detectives did not realize years prior that the children of a woman who is notoriously promiscuous may not be the biological offspring of the man she calls their father, am I being too harsh? In a vacuum – in isolation – is this a good season of television? The most recent episode may be the best opportunity to try to answer that question since it encapsulates much of what I have enjoyed and also what I have found frustrating about this season.

The Nutshell Synopsis of the Episode

Past tense Wayne and Roland speak to Tom Purcell, convinced after a call from a woman claiming to be the still missing Julie, that he was somehow involved in the murder of Will, and that this involvement led Julie to flee. It is antithetical to everything we have seen of Tom so far, and-consider it a drawback of the three timeline structure-since we know that the case remains unresolved in 2015, there isn’t a great deal of tension to that thread. But luckily the world’s shadiest cousin reaches out to our detectives and teases information in exchange for just a big pile of cash. You’re thinking too small, he suggests. This case is all about the kids, and someone who is powerful enough to make Cousin O’Brien lay low, and that for sure is not Tom Purcell. An ironic statement, given that Tom then beats the ever-loving snot out of O’Brien to get what information he may have.

Tom drew the same conclusion that I, and I suspect most viewers, drew, that the hole drilled through the wall in Will’s room was used by O’Brien to peep at Julie. But O’Brien assures Tom, and vicariously us, that this isn’t the case – as is confirmed by Wayne discovering the hole was used by the children to pass notes to each other. However, O’Brien does tell Tom that he needs to consider the money angle. Lucy disappeared, bankrolled by someone who could afford to keep her in pretty good condition for years. Which leads Tom to a weird mansion and some underground pink rooms. What?

The present day storyline gives very little new information beyond the relatively obvious revelation that Wayne’s son is having an affair with the documentary film maker who’s been interviewing Wayne. This was abundantly apparent for most of the series, and I have no idea what role it will play in the greater narrative. Maybe none?

We Finally Have a Little Bit of Forward Momentum

We now know that there is a super creepy mansion that has never been alluded to previously, with pink rooms. There have been vague hints at some sort of deeper conspiracy throughout, though they have been ill-defined. I think we have to accept now that this is the direction the season is going – rich mansion guy is paying off the police and district attorney to bury the case by whatever means necessary. To what ends? My immediate instinct is some sort of child trafficking ring, but then why kill Will? And also, does the show even remember Will? His murder has been pushed so far into the back burner at this point, eclipsed entirely by Julie’s disappearance, that I have largely forgotten there were two children to be accounted for.

There is a strange sense when watching these episodes that while they are happening they are engaging and well paced, but once they are finished, I have difficulty really remembering what happened. It is in the nature of True Detective to be ponderous and verbose; this is not necessarily a weakness. There is certainly a stroke of nihilism to the whole endeavor that is propped up well by the absence of action and answers. And while I have stressed Mahershala Ali’s superior performance, it is worth noting that Scoot McNairy is absolutely doing the lord’s work with his portrayal of Tom Purcell – he may be the most purely sympathetic character in the entire show. It remains beautiful to look at, and I want to know the resolution – and really, should the goal of any mystery show be deeper than that?

It’s Not a Popular Opinion but it’s the Truth

I made the mistake of reading some comments sections on other reviewers recaps of True Detective, and have found that a lot of people do not like what I’m about to say. Which is: I don’t want to beat a dead horse, it’s suffered enough, let it be glue, but there is no narrative purpose I can conceive of for how poorly the women in the world of True Detective are presented. Amelia is played with an absurd amount of charisma by Carmen Ejogo, but every episode inches her more towards an almost cartoonish opportunism and prickliness, where she could – and I would argue should – be treated as another investigator, one without a badge, who is trying to figure out the truth. But tabling that, it is also a bit problematic, plot-wise, that we are to accept that no one ever considered that the Purcell children may not be Tom’s. The audience reached that conclusion long before the detectives were supposed to have even considered it. Additionally, I am concerned that, with the ever-increasing certainty of a conspiracy storyline, too much pipe was laid too late in the season and too abruptly.

Two episodes remain, and I am maintaining an open mind. A lot of redemption can be achieved in two hours, and again, there is a good foundation here. Justify my faith, True Detective.

Sex Education: Every Day is a School Day

Become an HTML5 Server Expert With These Exam Prep Resources