A Short History of Mobile Games

Does anyone remember Snake? Still the most famous of mobile games, Snake first appeared back in 1997 on the Nokia 6610, and it is estimated that in excess of 400 million copies have been shipped since, and now Snake is in its eighth version which when you think about it rather good going for a game that began its life as some black squares moving over a green background.

Wireless Application Protocol (WAP) is a standard given to technology to enable mobile devices to connect to the internet and by the late 1990’s there was a micro-browser that could run on mobile phones together with a version of the web called UP Link. Nokia, Motorola and Ericsson joined together and with the WAP Forum now called the Open Mobile Alliance, a partnership began which ensured standardisation in Europe.

It must be remembered that way back in the 1999 the web was a far simpler place as there was no YouTube, MySpace, Facebook, Twitter or Flickr, and many people were not connected and would find the idea of surfing on their phones incredible. WAP however could not provide any fast action, but the bottom line is that as much as we look back and laugh at all that early hype, when mobile phones and WAP combined together, the basic ecosystem was created that allowed developers to make games and sell them to the willing public.

Consecutive years saw technology grow in various stages, and the industry that was born during those boom years and also survived any back-lash against 3G and WAP became far more predictable, split into two groups, the big, major publishers with access to the biggest licences and the smaller, agile publishers who fill those niches in the type of games that they make or with their geographical location.

Companies come and go, but the biggest shake up has to be in 2007 when on January 9th the iPhone touchscreen was announced, and consumer frenzy was born. This excellent piece of technology worked well and with the launch of the App Store in July 2008, the mobile games industry had a platform that enabled consumers to buy their favourite games directly to their phones via iTunes. 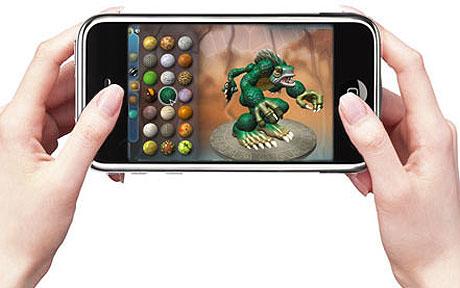 This new platform also enable the developers to sell their games directly to consumers without the hassle of dealing with operators or publishers.

With the App Store accepting over 1,000 new apps per day you can now download almost anything that interests you like keeping track on the latest breaking news articles, budgeting advice, playing on your favourite games sites like Spin Palace mobile or even save the world from an army of darkness. This ability to download the apps that suit your own needs and personality make today’s mobile phones very individual devices.