Home NewsEntertainment September Movie Preview: Back to School and Back to the Movies
EntertainmentFeaturedTV and Movies

September Movie Preview: Back to School and Back to the Movies 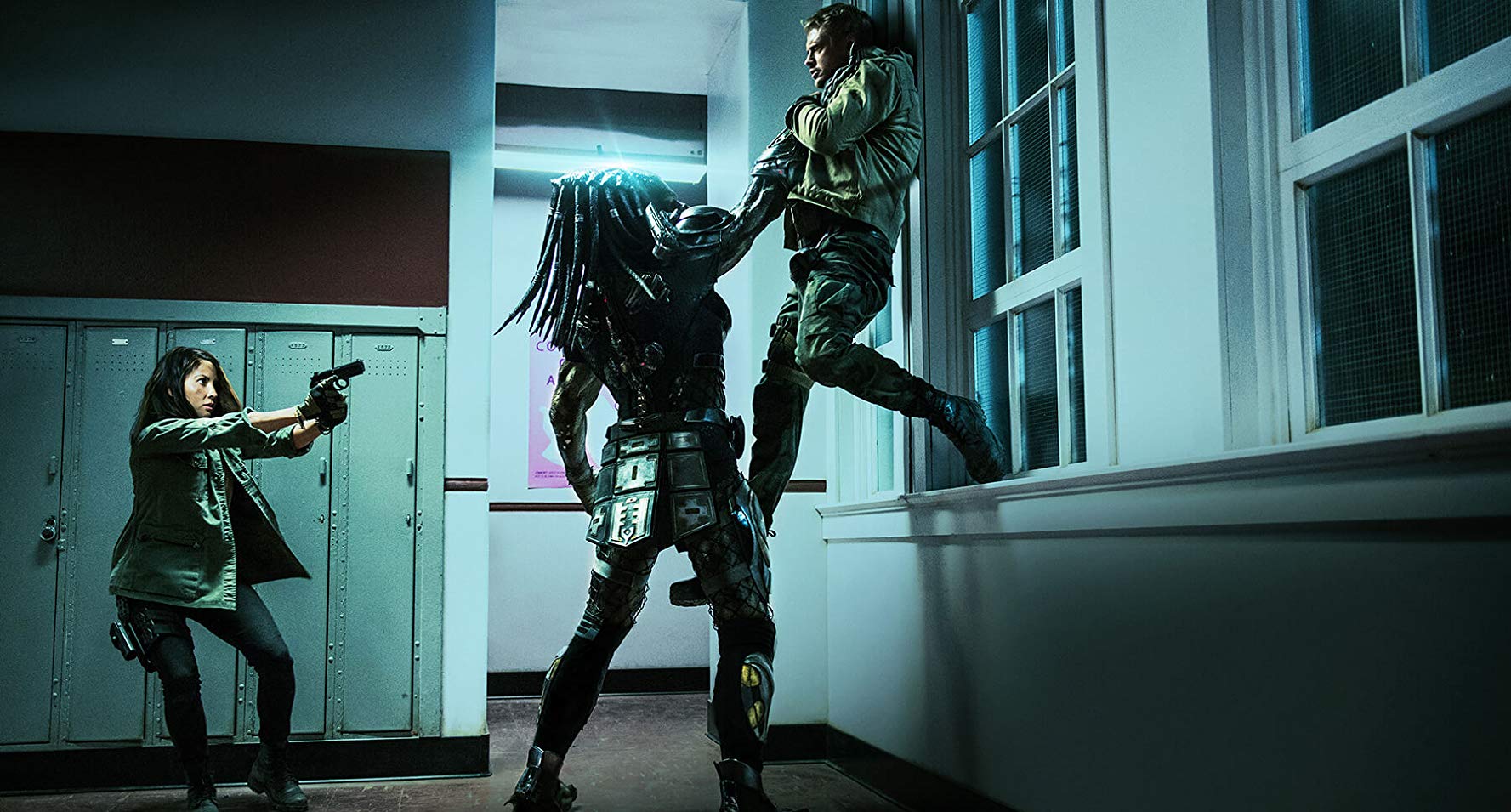 Let’s be honest. The September movie lineup could present a strong selection of titles that pique our interest and it would still fall flat compared to the big movies we’ve been used to throughout the summer. But don’t fret. This month we have horror, sci-fi, comedy, and more! When did I become a movie salesman? Here’s our September movie preview.

Believe it or not, The Nun is the fifth movie in the universe of The Conjuring. Shared movie universes are all the rage these days, you know. The Nun has a priest and a new nun going to investigate the suicide of a nun. When they get there, they are faced with the scary nun the title suggests.

Jennifer Garner hasn’t been the lead in an action flick for a few years now. She returns to that realm with Peppermint. After her character’s family is killed by members of a cartel, they escape punishment due to corrupt officials. So she decides to handle the murderers herself. For the actress who played Elektra in two movies, she can handle this scenario.

They can slightly alter the premise all they want, but the sixth time we’re seeing Predator on-screen is more of the same. Action, violence, bad ass human soldiers getting brutally murdered by a more bad ass alien. That’s how it goes. The premise in this one has an even more ruthless, and large, Predator coming to Earth. It’s up to some mercenaries to save the day. Thomas Jane, Sterling K. Brown, and Olivia Munn star.

A Simple Favor stars Anna Kendrick as a mom whose friend (Blake Lively) disappears mysteriously. As she tries to track her down, it turns out she has a mysterious and dark past. Directed by Paul Feig, this is much darker than what we’re used to from the director of Bridesmaids.

In what the studio is calling a “spiritual successor,” the real-life prisoner of war and Olympian, Louis Zamperini, is being shown again on-screen in Unbroken: Path to Redemption. The 2014 film, Unbroken, was mostly about his time as a POW. This one has him adjusting to life back home, starting a family and dealing with the memories of his torture. It also has a strong faith element, as Zamperini converted to Christianity. It should be noted that none of the same actors star in this movie and a different studio made it.

White Boy Rick is a very different true story about 15-year-old Richard Wershe Jr. Known to some as White Boy Rick, he transformed himself into a drug kingpin in 1980s Detroit before turning confidential informant for the FBI. Richie Merritt plays the title character and Matthew McConaughey plays his father.

‘The House With a Clock In Its Walls’ (Source: IMDB)

September 21st– The House With a Clock In Its Walls, Life Itself

The House With a Clock In Its Walls follows a young orphan who goes to live with his uncle, played by Jack Black. Well it turns out that uncle is a warlock and his neighbor (Cate Blanchett) is a witch. As the boy learns about this world, they must find a way to stop the always ticking clock mentioned in the title before it destroys the world. There’s even jack o’ lanterns attacking them at one point. So here’s a good entry on your Halloween watchlist.

Olivia Wilde and Oscar Isaac star in Life Itself. A romantic drama, the film follows a young couple as they go from a whirlwind romance to having a baby. Meanwhile a number of different individuals interact with them to create a supposed picture of… Life Itself. Directed by This is Us creator Dan Fogelman, I’m expecting this one will bring the waterworks.

The premise for Hell Fest sounds like a very R-rated Goosebumps book. A serial killer terrorizes a group of friends at an amusement park as the other guests let it happen. They assume it’s all part of the show. But it’s not! Way to ruin haunted houses for everyone, Hell Fest.

So apparently there is a new Little Women adaptation with Emma Watson set to be released next year. Don’t let that distract you from the fact that one is coming out now. This one is a modern take as the young women deal with coming of age in 2018.

Kevin Hart seems to be in a lot of movies these days. I actually end up referring to them by co-stars instead of by name because it’s easier to remember. There’s the one(s) with The Rock, Ice Cube, Will Ferrell, Josh Gad, etc. In Night School, he teams up with Tiffany Haddish as his main co-star. Hart’s character attempts to earn his GED by attending night school, where Haddish is the teacher.

A young yeti is convinced he saw an elusive Smallfoot in the new animated feature from Warner Animation Group. A Smallfoot is a human. So this yeti sets out to find one he can bring back and show his people. Channing Tatum leads the voice cast, which also includes James Corden, Zendaya, and Danny DeVito.

For my money, The Predator looks like a fun addition to the disjointed franchise. That has to be my pick for the month. After that, Night School looks pretty funny. Although I will admit it looks just like every other Kevin Hart movie. Yes, it would seem that summer is over. But it’s still quite hot here in the northeast. Maybe a trip to the movie theater is what we all need.