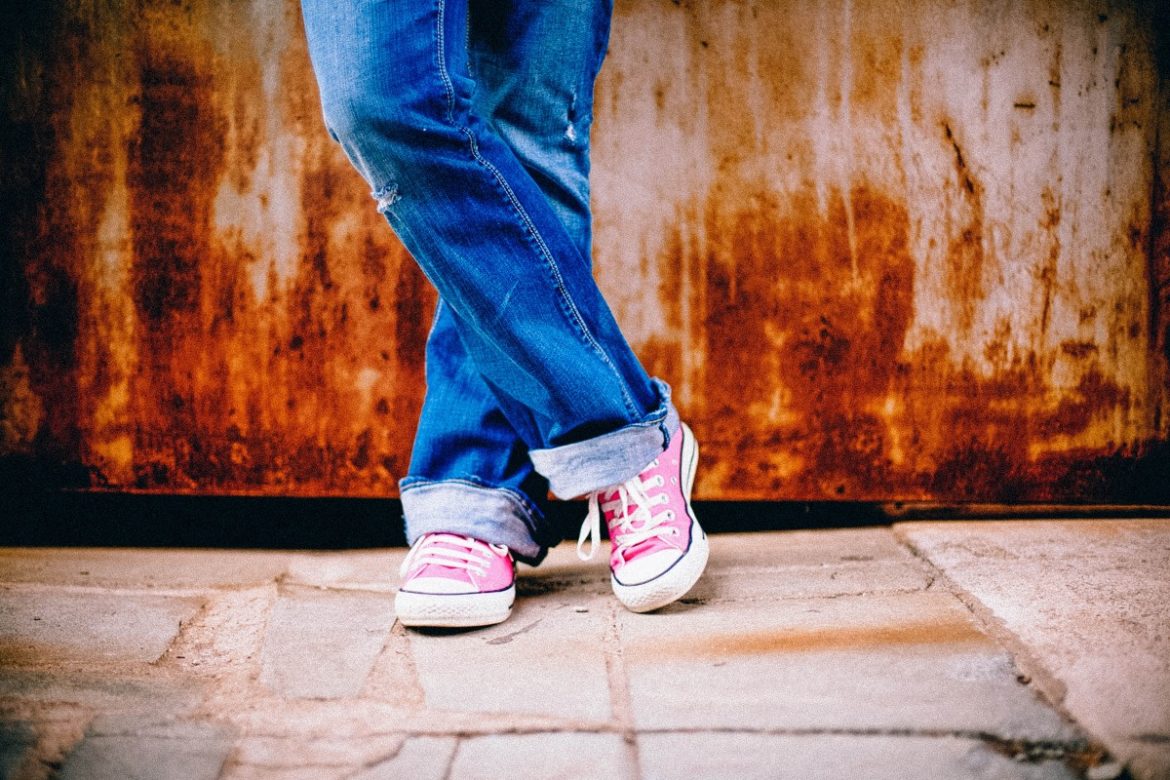 Video games and sneakers: two properties that get the cool kids and the nerds talking.

Like sneakers, high-profile video games are designed with passion for a passionate fanbase. The best examples may be too radical for mainstream consumers. But those in the know savor the release of a long-awaited (and ultra-hyped) new game or shoe.

Lately, brands in both fields have tried to capitalize on the hype by releasing big-name game editions of popular sneaks – with mixed results. The Adidas-Cyberpunk 2077 shoe, like the game itself, left some onlookers distinctly underwhelmed.

Maybe the brands aren’t trying hard enough. There’s a whole lot of imagination (yes, even in C77) that gets lost between video game worlds and real-life sneakers. So, Supplement Timing has taken the video game franchise spin-off to the next level, by designing sneakers in the style of 8 iconic game worlds. Supplement Timing’s design team used a mix of photo manipulation and digital painting to create completely different footwear silhouettes set in game-inspired environments. Ready, player?

Breath of the Wild is the latest console outing for the 30yo open-world fantasy franchise, Zelda. Perhaps the best Zelda yet – and certainly the most detailed. BotW is an adventure through evocative fields, forests, and plateaus, so you’ll need sturdy sneaks.

The “best-designed game ever” is instantly recognizable for its soft pastel shades and open green expanses. When the grass sways in the wind, it feels like you could inhale the Zelda universe. Our Breath of the Wild sneakers pair nature and a cross-country feel with a touch of medieval magic.

The third installment in the Bioshock franchise extends the steampunk aesthetics and physics of the earlier games. And whether they’re functioning items or background dressing, game creator Ken Levine knows little details like sneakers shape the player’s experience of a game.

Our Bioshock Infinite sneakers borrow the retro-futurist style and functionality of the game. We’ve created a shoe that is just about possible in 1912 but will give you the added punch you need to leap around in 1984 or, indeed, 2021. The result? Something that looks like David Cronenberg designing for Fly London.

New Horizons made shopping cute again just when real shops closed their doors to the pandemic. The conspicuous consumption simulator is great fun for wannabe homemakers, but for those who just want the coolest sneaks, the Animal Crossing franchise requires the Supplement Timing touch.

Animal Crossing’s visual design team overlaps with that of Zelda. If you’re thinking of purchasing these New Horizons sneakers, it’s highly likely you’ve already got a pair of our Breath of the Wild trainer boots at the back of your wardrobe. New Horizons’ pastel teals and pinks make the game – and our sneakers – as tempting as a cupcake.

A little bit boxy. A lot powerful. The Portal Sneakers.

WoW is a MMORPG set in the Warcraft universe. Players side with one of two warring factions, Horde or Alliance. Orcs and trolls abound. Your chosen avatar can explore, meet others, fight, and complete quests in a cartoonish take on the gothic fantasy formula. Well, what else were you going to do all night – sleep?

We’ve integrated a take on the WoW logo into our chainmail-and-spikes sneakers (admittedly not ideal for kicking a soccer ball). World of Warcraft is the deepest dive the franchise’s creators have taken into using the art design for world-building. With the WoW sneaker, the Horde and the Alliance are ready to leap out into the real world.

Journey is one of gaming’s most striking aesthetic experiences, and one of the most iconic indie games out there. A robed wanderer makes their way through a desert landscape towards the mountain that is their goal, encountering other mysterious travelers along the way.

The game’s minimalist look enhances the sense of spirituality: “We cut the [character’s] arms, because if you have arms, you think about picking up some kind of weapon and hitting something,” says Journey’s creator, Jenova Chen. Thankfully, the character does have feet (if no toes) and a neck for the epic scarf that inspired our Journey shoe.

“Following the events of Resident Evil 7: Biohazard, Mia and Ethan start a new life in Eastern Europe, under the protection of the BSAA,” explains producer Peter Fabiano. “[But] Chris [Redfield] kidnaps their daughter, forcing Ethan to search through the eponymous village in an attempt to get her back.”

The next installment in the definitive zombie gaming franchise (out in May) is set to be the scariest. And snowiest. All clues point to Romania, and our Resident Evil sneakers capitalize on the gothic undercurrent of Dracula’s homeland. We’ve also made a distinct nod to the Kill Bill flicks. Because blood and snow.

Finally, some Scandi-chic footwear. God of War reroutes the eponymous franchise’s mythology from Ancient Greece to a Midgard of dark elves, wulvers, and draugrs. There is combat to be done and epic landscapes to navigate. There is an axe to be wielded.

The God of War sneakers are for men with beards and women with bits of their head dramatically shaved. The game was lauded for its visuals, and we hope we’ve done justice with our pre-Viking (faux) leather and fur sneaks. They’re very, very warm and making a satisfying creak when you flex your toes.

Coronavirus and the Rise of Virtual Reality Travel

The Internet as We Know It Might Not Exist Soon