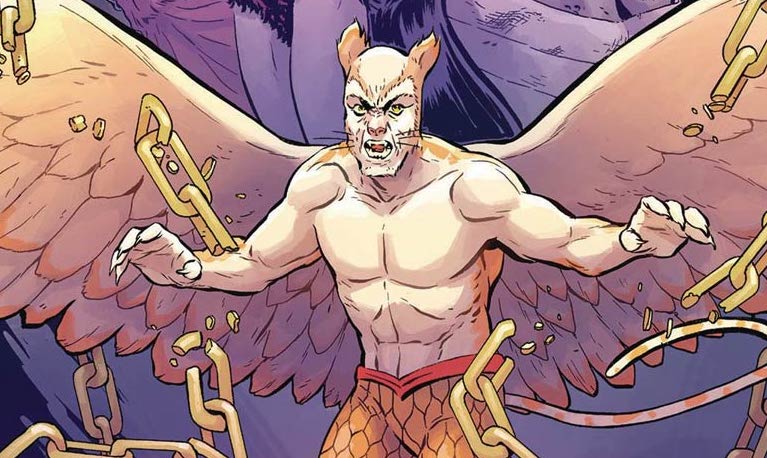 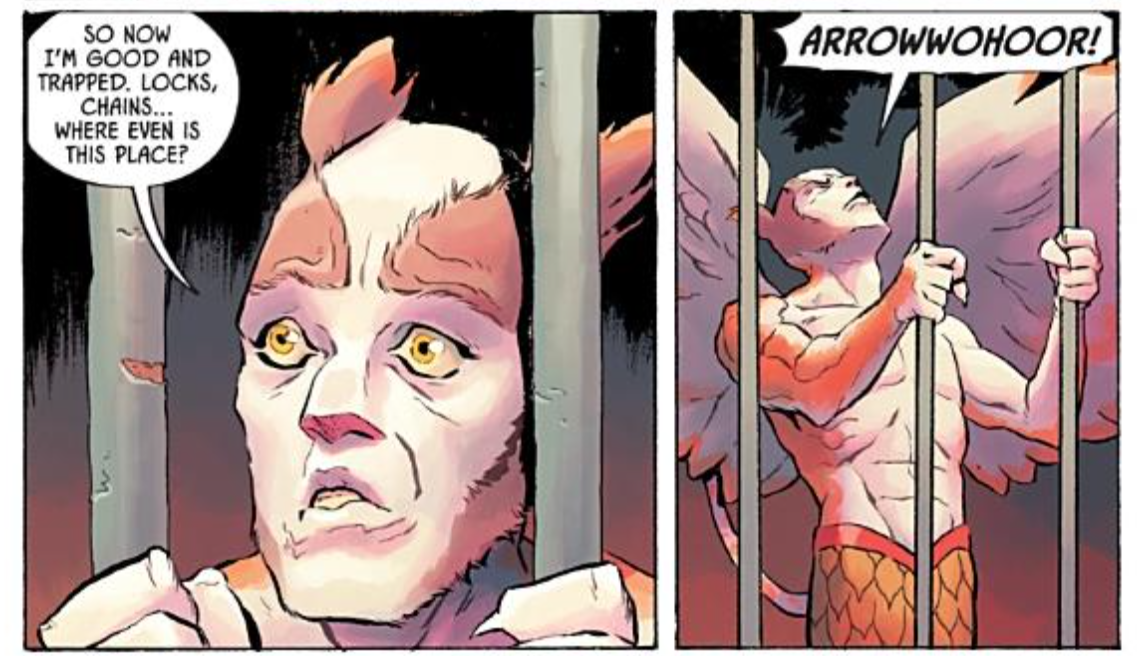 Who Saves a Superhero When Superheroes Do the Saving?

Margaret Atwood’s superhero saga continues the battle against Professor Muriod’s plan for world rat domination with the release of Angel Catbird Volume 3: The Catbird Roars. In volume two, the half-cat, half-bird, half-human protagonist is dangerously misled by his animal instincts when he’s tricked into captivity by Professor Muriod’s catnip rat trap. By the end of the second volume, Cate and her girl gang take on the mission of saving Feleedus before it’s too late.

The Catbird Roars begins comically as Cate, Atheen-owl, and Neferkitti are fixed in the same battle stance from the previous volume, until they realize that they lack a battle plan and can finally put down their fists. After arguing about body image and who’s fit enough for flying, the girls realize that their bantering is ineffective in the name of rescue. Although volume two gave the impression that the girl clan would take over the mission of saving Feleedus, Atwood takes a different spin on the saga when she introduces Anonymouse, a “secret mouse hacktivist group” who have what it takes to disrupt the power lines of Professor Muriod’s laboratory. When Anonymouse agrees to help, Atwood introduces yet another layer into the narrative as predators and their prey come together for survival.

Atwood expands on the theme of nature’s balancing act, one that is distrusted by human inference, when she ushers in two new characters who are pivotal to the successful escape of Feleedus (and later Cate): Sekhmet and Nekhet. Sekhmet, a lion goddess, and Nekhet, a vulture goddess, are supernatural figures that appear from an ancient charm and have the ability to fulfil three requests for an individual who requires their help.  However, their abilities have weakened due to human meddling with nature, specifically American hunters who kill lions to hang up lion heads, and elephant poachers who poison their carcasses to fend off vultures. In typical Atwood fashion, the addition of Sekhmet and Nekhet serve as mouthpieces for the real threat of animal extinction and the realization that each species carries weight in the process of survival; one is not greater or lesser than the other. In other words, hunting lions and forbidding vultures from attaining the proper nourishment may not have immediate consequences, but the effects can be felt when these animals are needed to save the rest of the world from rat domination. If superheroes need saving, then the hierarchy of taxonomy doesn’t stand so high in Atwood’s comic world.

Find out if Feleedus and Cate escape Muriod’s dungeon for $12.03 on Amazon.

Play Hello, Wave Goodbye: A Review of the ‘Master of None’ Season Two Vinyl Soundtrack