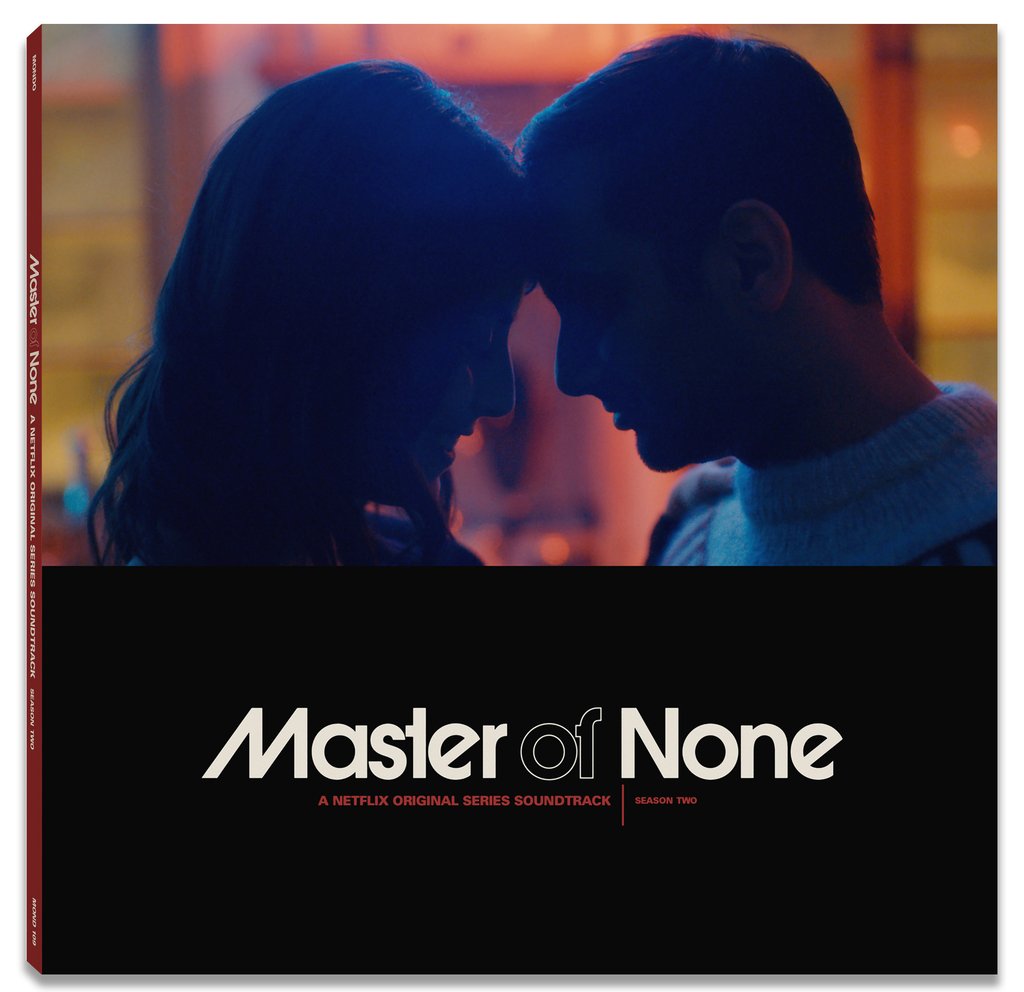 The second season of Aziz Ansari and Netflix’s landmark series Master of None was released in May of this year. Along with it was an amazing soundtrack containing twelve of the most memorable deep cuts from the show. In late June/early July, Mondo released a Vinyl pressing and I’m going to tell you why you should grab a copy for yourself.

The first thing to notice after removing the packaging is that opposed to the glossy stock used for most, this sleeve has more of a cardstock. It’s not thinner than most other sleeves, but it feels off. Besides watching sweaty fingers, you shouldn’t have to be any more careful than normal. On the standard Mondo slip that comes with Vinyl from them, details of the album are listed as well as small text alerting you to other available vinyl from Mondo. The cover image itself is a gorgeous still from the series.

The music is a fantastic smattering of the songs on the show. The official playlist for the season has 69 songs, and is more of a “best of” or “most important.” Each song has a particular emotional depth or importance to the series. The album is also great bragging music to your less musically-invested friends. 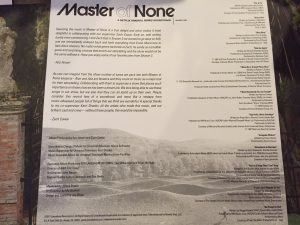 To top off the album, there are four Italian jams, one pop, and three disco. They are either the greatest or trashiest songs I’ve ever heard. Side A begins with the 60’s pop song “Piú Di Te” by Mina, one of the most famous female Italian vocalists. It’s a striking way to start the album. Much like the black and white episode in which the song was used, “Piú Di Te” tells you this isn’t just a comedy series.

It’s followed up with “Dolce Vita” and “Okay Okay,” two Italo disco songs. You would be forgiven for thinking you’ve got the album all figured out, as side B begins with another Italo Disco hi. Then you’re hit with Bobby Charles calming you down and really making you contemplate what you’re listening to. Followed by “I Need Somebody to Love Tonight,” a nearly seven-minute cry for what you can’t have.

Side C continues the theme of connection and loss with “Say Hello, Wave Goodbye,” a Soft Cell gem used in one of the best scenes of the season. Then comes a Burundian song, “Umugabo Wukuri.” It was originally suggested by one of the actors in the episode “New York, I Love You.” Nothing else on the album is like it. It almost provides a relief from the emotions up until this point. 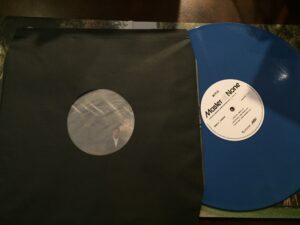 Side D continues with the break for one more song. “Adventures in Success” which is a self-help book in three and a half minutes. Franki Valli and the Walker Brothers hit you with “You’re a Song (That I Can’t Sing)” and “I Can’t Let It Happen to You” respectively. Each is a song from some of the most emotionally tense moments of the series. Even if you haven’t seen the series, you get the intense loss and anxiety from them. “Se Piangi Se Ridi” by Mina closes the album, bringing it full circle. It’s about a lover she’s lost who will always be a part of her, one whose memories invoke strong feelings even still.

The recordings sound pretty good on the blue vinyl. As far as I can tell, they’re remastered for the vinyl, but I can’t tell any difference from the digital copy. It could very well be my setup. The balance is good. The bass isn’t too high and it had no cracks or pops except what may have been in the recording. 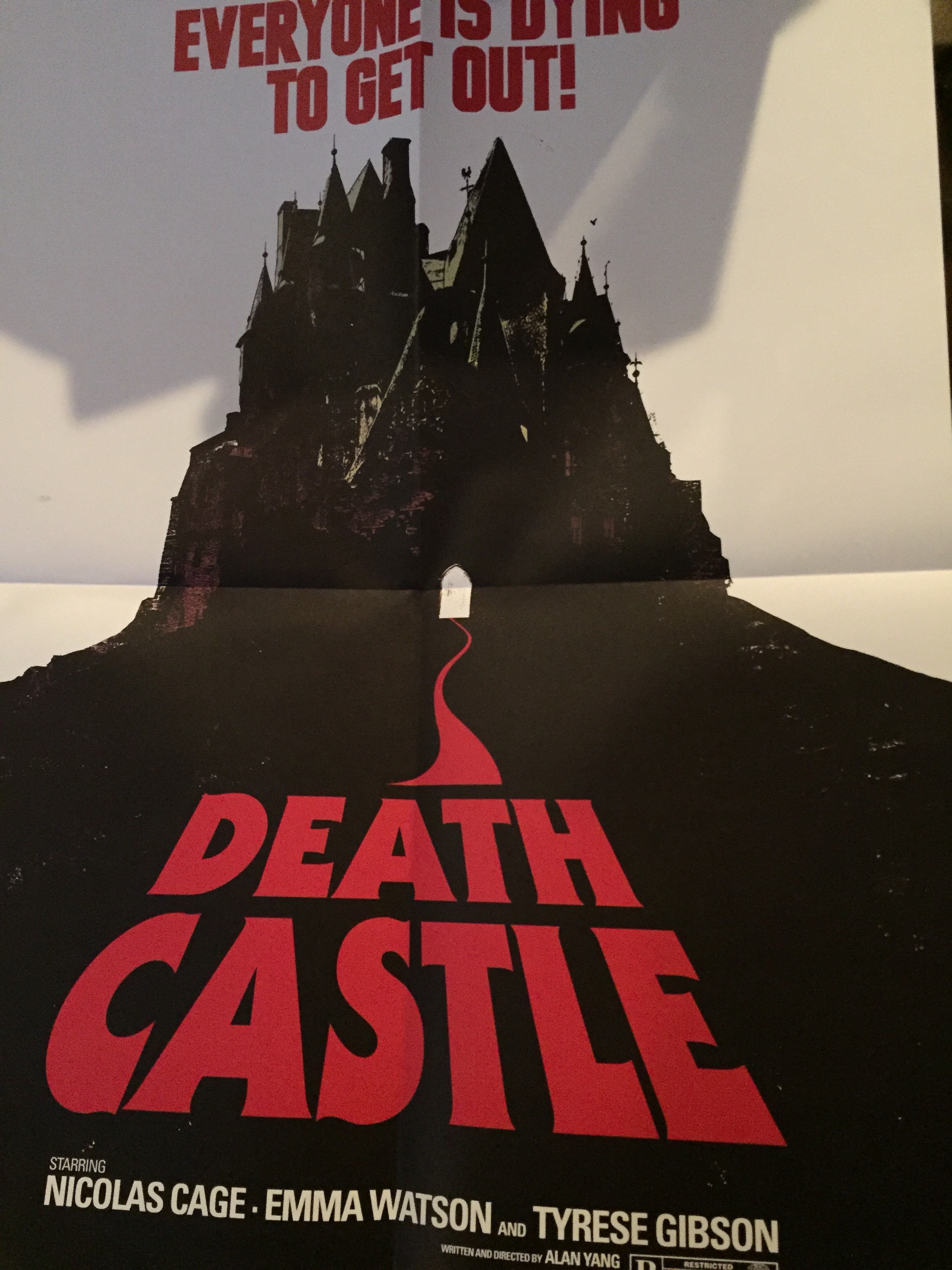 Also included are a few little extras. In the second sleeve is a credits sheet with introductions by Ansari and Music Supervisor Zach Cowie. Perhaps the coolest thing besides the actual music is a poster for Death Castle, the fictional movie in the series that ties together the narrative threads in the episode, “New York, I Love You,” which is arguably the best episode of the series. It also has a decent size, perfect for framing.

With themes of loss and wanting what you can’t have, along with catchy disco hits, it’s a great album. If you’re a fan of Master of None or want to branch into new music, be sure to pick this up. Available on Mondo’s website or from select music retailers.