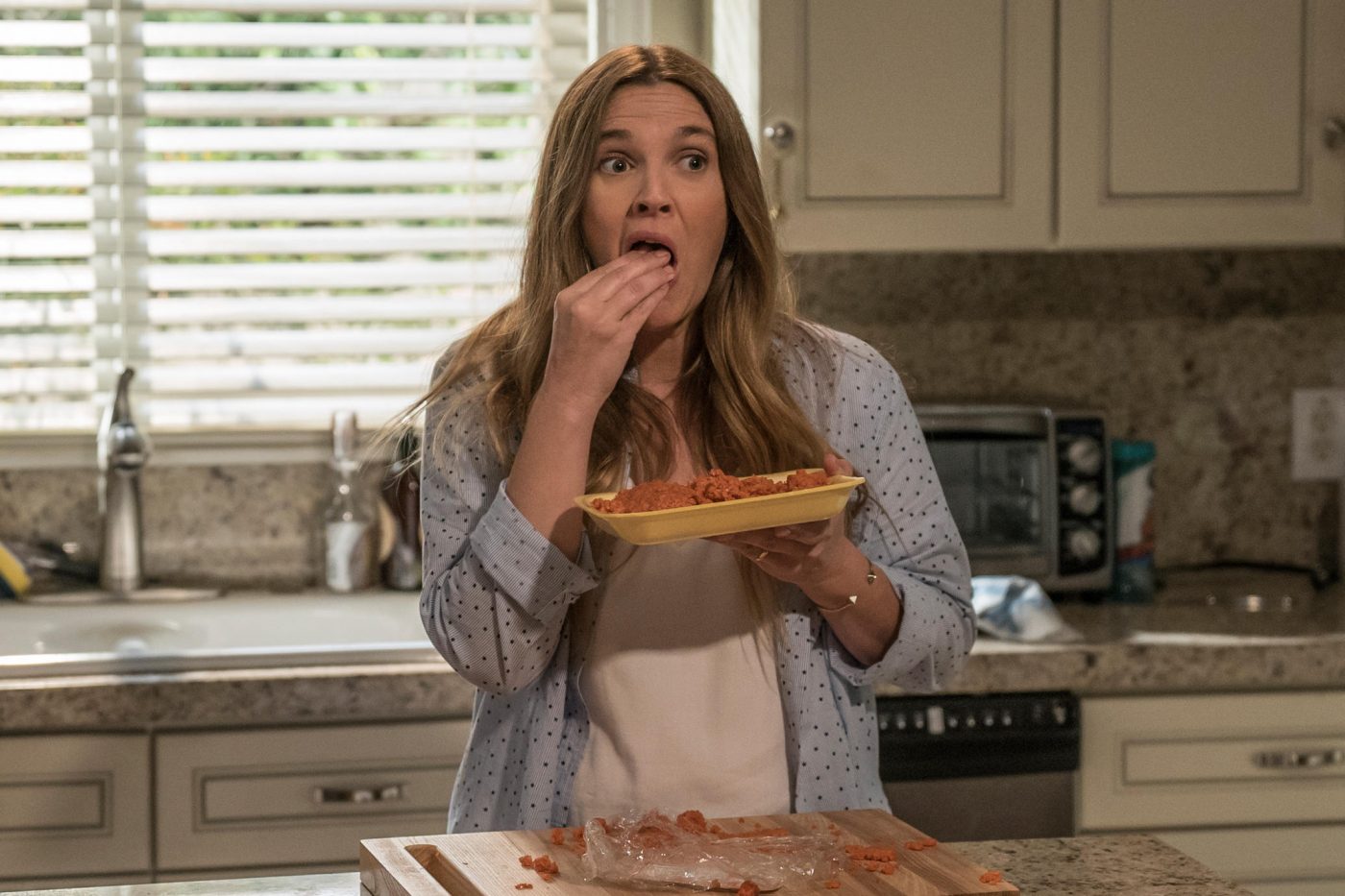 Drew Barrymore and Justified star Timothy Olyphant will star in a new show on Netflix. News about the dark comedy series had been vague but we knew that the two actors would be playing married couple, Sheila and Joe Hammond, who are stoner realtors with a teenage daughter Abby (played by Liv Hewson). And we knew that Sheila would undergo a dramatic change. It has recently been revealed that the couple’s boring existence in the L.A. suburb of Santa Clarita is upended when Sheila dies, comes back to life, and begins eating people. There’s a Dexter-like twist to the show too because Sheila only eats people who are assholes to justify her flesh-eating diet.

I might be feeling a bit iffy about this one but Timothy Olyphant is amazing and Netflix does put out some pretty great stuff. Another plus is that the show was created by Victor Fresco, the man behind Better off Ted and Andy Richter Controls the Universe.

All 10 episodes of Santa Clarita Diet will be available to watch on Netflix on Friday, February 3rd. Netflix dropped a promo for the show during the Golden Globes a few days ago. The teaser promos have definitely peaked my interest. Check them out below and tell us – do you think the world really needs another zombie show?