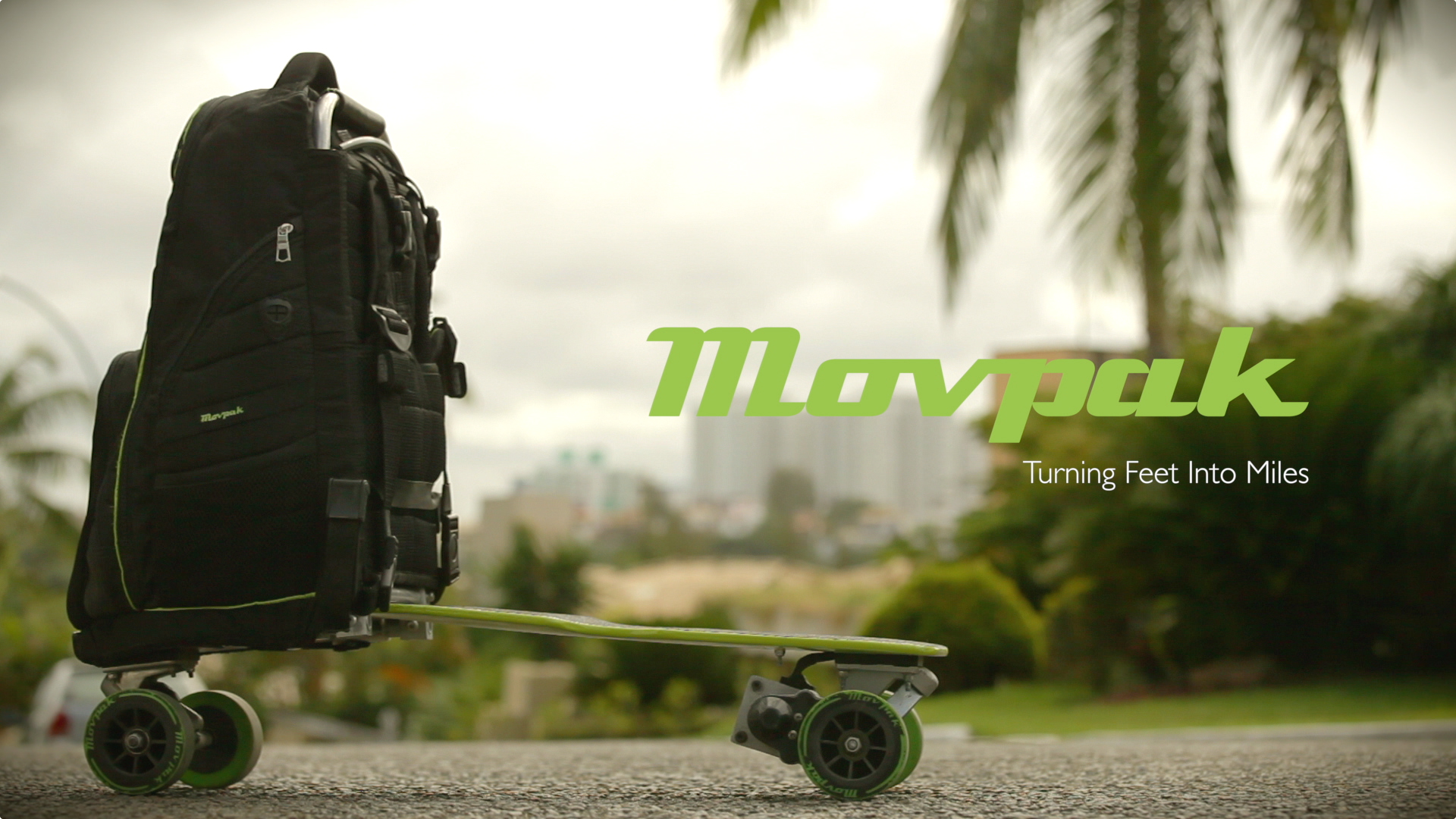 You may have already heard about the Cowa Robot Suitcase – the one that follows you around like a little dog as you trek through the airport terminal, but now the robot suitcase has a rival in the Movpak travel bag. The Movpak is a one of a kind travel bag that you can ride. It carries your belongings and also folds out into an electric skateboard. The Movpak travels as fast as twenty miles an hour and stays running up to 10 miles per charge.

Skateboarding isn’t the easiest thing to do, however the Movpak is surprisingly easy to ride thanks to its smooth electric motor. When the twin electric motors are deployed and the skateboard is unfolded, the backpack sits upon the board’s tail end making it easy to stay balanced while cruising down the airport terminal.

The board looks small, which might give some the impression that better than average skill is needed for a smooth ride. However you can easily plant your leg firmly against the backpack, which contains a big battery that gives you leverage. Regular skateboards are much harder to ride and require balance and some level of skill, whether learned or natural, whereas with the Movpak stability is provided by design. The Movpak’s speed is controlled by a wireless remote. If you don’t feel comfortable at faster speeds, you can roll along at a more comfortable pace.

The concept of the Movpak may seem gimmicky, but those who travel often may find this product useful. It’s important to note, the Movpak is quite heavy at 17.7 pounds when empty. If you only plan to use the skateboard occasionally you may end up with a backache by the time your trip or commute is through. Movpak’s designers did include a pop out handle which allows you to drag it like a regular suitcase that has wheels.

You won’t it find in stores just yet but you can purchase it through Indiegogo as part of the company’s crowdfunding campaign. If you pledge $599 now, you can get one for much cheaper than the projected retail price of $1200. The company has said that the product will have headlights, will be able to wirelessly charge your cellphone, and will be equipped with a Bluetooth speaker and built-in GPS capable of tracking your bag if it ever gets stolen. So far these features are only planned but such innovations hardly seem far-fetched and unrealistic.The pledge goal, on the other hand, might be a harder thing to accomplish as the Movpak seems more a convenience than a necessity. Nevertheless, Movpak is mega cool and most people who travel often would be happy to have one.