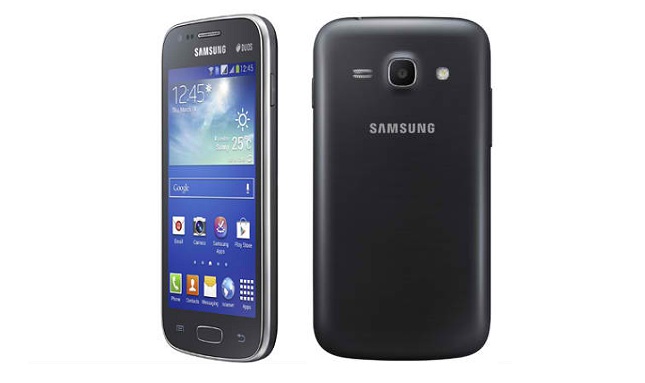 Samsung apparently can’t wait until its Premiere 2013 event to launch its handsets. The company is already on an unveiling spree – having announced the Galaxy S4 Mini and Galaxy S4 Active. Now, yet another handset has been revealed – the budget-friendly Galaxy Ace 3.

Measuring 121.2 x 62.7 x 9.8 mm, the Galaxy Ace 3 stands somewhere between two segments – the top end of the budget segment or the lower end of the mid-range segment. It is powered by a 1 Ghz dual core CPU, whose specifications are unknown, along with 1GB of RAM. The TFT LCD screen is 4 inches, with the display having a WVGA resolution.

Internal memory is just 4 GB, but that should not be an issue with the availability of a microSD card slot – bumping expandable memory up to 64 GB. The phone weighs 115 grams.

The camera on the device can shoot 5 megapixel images, complemented with LED Flash. It is also capable of recording videos at 720p HD @ 30fps. The Ace 3 also gets a front camera, although a VGA one.

There’s a good range of connectivity options – aside from 3G capability on the regular variant, has Bluetooth 4.0, Wi-Fi b/g/n, USB 2.0, and A-GPS. The Galaxy Ace will be running on a 150mAh battery.

Aside from also being available in a dual-SIM variant, there will be another version of the handset hitting the markets – one that supports 4G LTE. This version will feature a better battery – 1800mAh, along with 1080p recording on the camera. It’ll also be slightly thicker than its 3G counterpart – at 10mm thickness. It’ll also be heavier – at 119.5 grams.

The obvious difference between the two models, is of course, the speeds. The 4G LTE model can reach 42Mbps while the 3G version maxes out at 14Mbps. But more importantly perhaps – the 4G edition will be powered by an overclocked processor – running at 1.2 Ghz.

There’s no word on the pricing as of yet. There’s also no news on which regions the different variants – 3G, Dual-SIM, or 4G LTE, will be available in. Expect more information at Samsung’s Premiere event in London.