Home Geek LifeCulture Are You A Gundam Star?
Culture 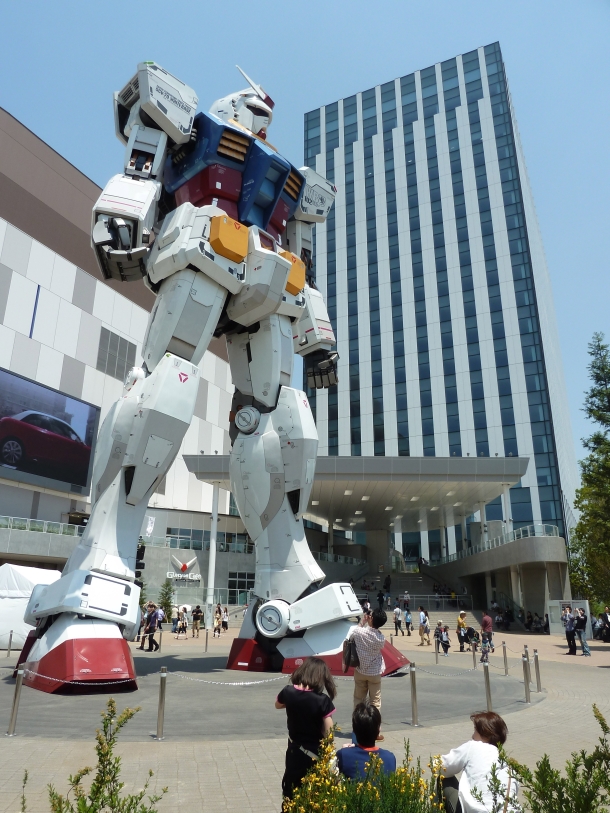 If you thought ‘Gangnam Style’ was actually a song about giant robots, then you already know what Gundam is. You might also be aware that Gunpla World Cup 2013, like Winter, is coming. In December. (Unless you’re in the Southern Hemisphere, then that doesn’t make seasonal sense).

For the uninitiated, what is Gundam?

The best way to get educated about them is to watch the anime (best education, EVER!). But as a quick run down, think Voltron but without Jeff always wanting to form the head.

The Gunpla World Cup is your chance to pit your abilities for modding and painting Bandai kits against others from around the world. Contestants come from all over, Japan, China, Singapore, Phillipines, Indonesia, Italy, North America, Thailand, Hong Kong, South Korea, Australia and Malaysia.

So how do you get to the Gunpla World Cup?
By plane, probably. You could swim, but your model would get wet. Also, sharks.

But if you want to actually compete, you first must decide what model appeals to you.

From your super deformed, eye-poppingly cute robots (we’re talking the SD BB Senshi Non Scale models) to your uber powered, looks like it might invade your collection of Batman figurines while you sleep robot (Perfect Grade, the biggest of the Bandai kits so far with a 1:60 scale and over 1 thousand pieces in each kit).

Making your Gundam is half the battle, then you have to mod it. For inspiration, check out the years before or, as I like to do, start to put it together and let it ‘speak’ to you. Don’t listen to it when it tells you to eat all the icecream, it’s lying and just wants to get you in trouble.

As a mod note, it’s a good idea to wash your kit while still in it’s sprue. A little detergent and luke warm water should do the trick. (DO NOT DO THIS IN HOT WATER, YOU’LL RUIN EVERYTHING!). Leave it to soak for around half an hour. This will help the paint sit better and make your experience a bit more enjoyable.

So, you’ve made your robot and it looks like you’ve painted it with awesome sauce, how do you shove this gorgeous creation into the face of the judges?

Well, my robot making friend, that depends on where you live.

If you’re in the North America category, you may have already had your chance in your regional competition. But if you missed it, don’t worry there’s an online competition but you’ve only got until October 1st.

If you’re in Australia, then you’ve got until August to get your act together! Make a robot already!

The competition is fierce though. You only need to see the pictures from last year’s finalists to know that these people are serious about their mods, about their kits and about making the best looking robots in the world. Seriously, I would date these robots.

There’s no word on the finalised date for the Gunpla World Cup 2013, but the Australian organisers tell me it’s usually on Christmas Day or Boxing Day. Where it’s being held though? That’s already locked in, at Shizouka in Japan. It shouldn’t be hard to miss because it will be right next to the Gunpla factory and the 1:1 scale Gundam Statue

If you love to mod and want to party with a giant robot at Christmas, this is the competition to enter.

Or if you’re horribly untalented like me, just be jealous of the people who get to party near the best Christmas Tree EVAR!