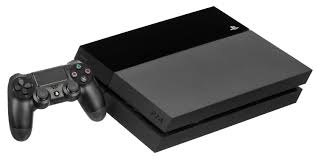 Shawn Levy returns to make another movie, Free Guy, with Ryan Reynolds after the successes of his works, such as Stranger Things and Night at the Museum. Free Guy is a movie about a character in a video game who realizes he is the expendable background figure who is unplayable.

Guy soon takes things into his own hands and decides to become a good guy in a video game world dominated by bad guys.

Being an unplayable character or a Non-Playable Character (NPC) in real life is a real nightmare for many of us. Even me, one of my New Year’s Resolutions is to become the polar opposite of an NPC this year, figure out what that looks like, and to implement it each day.

Free Guy is probably going to be one of the biggest movies of the year and maybe even of the decade.

It is very relatable to the current era in more ways than one. For most of us, it is easy to live life on autopilot, being more conscious and aware takes work, and can be painful but pays off in the long run.

Guy has to choose to stop being vanilla and be more active in his choices and what he does within his world. He can stand idly by, or he can decide to do something about how he lives his life.

The most exciting thing about the movie is that Reynolds said some serious stuff about the film at Comic-Con XP, speaking that it was his favorite movie to make and that “means a lot because I also made Deadpool.”

Reynolds went on to speak of the movie being the modern-day Back to the Future. He says the film has everything you would like in a film growing up like action, comedy, and adventure.

From the trailer, you can tell that at the heart of the plot is a message that the coolest thing you can do is be an innocent optimist in a cynical world, and that is when you begin to root for this character no matter how much of a nihilist you are yourself.

According to Levy, we see the same sentiment pan out in the movie too, where Guy is joined by a programmer’s avatar, Millie played by Jodie Comer, who offers Guy ammunition from a room full of weapons.

The movie is going to be very entertaining and is perfect for Ryan Reynold’s style.

It is nice to see that the studios who brought the live remakes of all the Disney classics have gone in a direction that makes something very original in a storyline.

The director, along with Reynolds, says that there is more in store than the plot and has tons of aspects that gamers will recognize. Levy creates more anticipation for the cinematic sequence of the movie by saying that the visual possibilities were too aspirational and nothing like any creative work that he has ever directed before.

The movie is alluring for many reasons, I’m marking my calendar for this flick, you should too.

Remember Aaron Hernandez? Netflix Will Release “The Killer Inside” Soon