Russell Crowe is More Than a Little Angry in ‘Unhinged’ 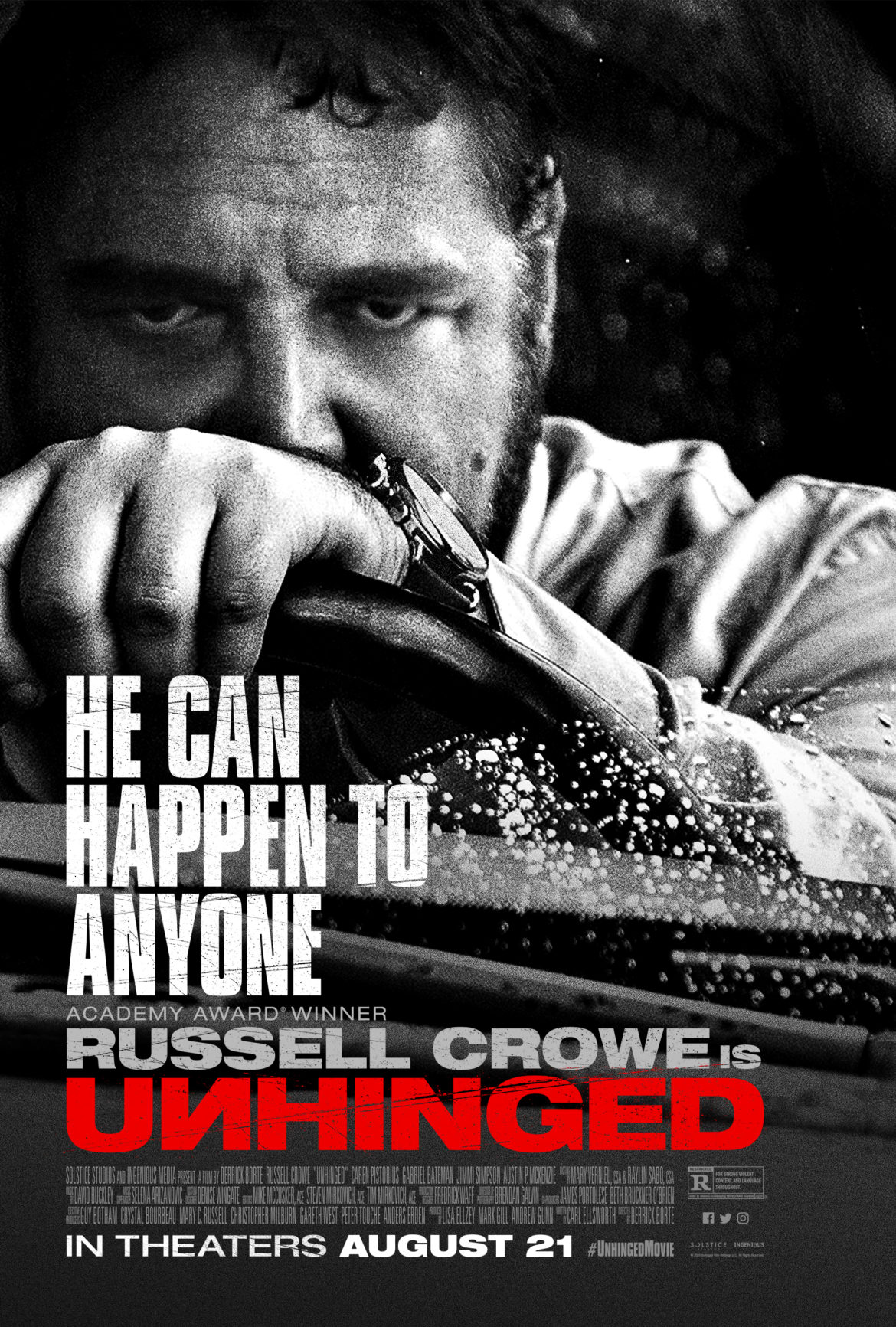 Admittedly, I’ve been excited about this one for several months and delays of the release due to the pandemic only served to heighten my anxiousness. Which started to make me hella nervous.

Unfortunately, like all too many of us, I’ve been super-hyped for an upcoming release only to feel gut punched by how bad it was in the end. Well, that damn sure wasn’t the case with ‘Unhinged.”

It finally hits theaters this coming Friday (August 21) and I was lucky enough to get to screen it last night (one of the perks of working for Geek Insider) and I have to say that if there has ever been a time in his career where Russell Crowe has been more demented, unstoppable, and thrilling, I definitely want to see it. His portrayal of ‘The Man’ in ‘Unhinged’ is absolutely EPIC and haunting and I guarantee you one thing, I’ll never forget the “courtesy tap,” that’s for certain.

The Scoop on ‘Unhinged’

Now, I’m not a “professional” movie critic or thespian. I just happen to enjoy watching a lot of movies in a wide range of genres and when one captures my attention, I like to spread the word. Especially when they’re unique storylines and sort of “off the wall,” so to speak.

And ‘Unhinged’ definitely fit the bill on both counts.

It stars Academy Award winner Russell Crowe and Caren Pistorius (Slow West, Mortal Engines) as Rachel and it is a psychological thriller that takes road rage to an unpredictable and terrifying conclusion.

Without spoiling anything, I have to say that this movie really surprised me in more ways than one. First, the tagline of “He can happen to anyone” made me think it Crowe that was going to be a good guy that just has a really bad day.

Let’s just leave it at that for now.

Next, after watching the opening few minutes… this is what I jotted down.

I cannot recall a time when Russell Crowe was more intimidating and scary while also being unnervingly relatable at the same time. Don’t get me wrong, I’m not saying that what he does in the opening scene is justifiable, it’s just that whole initial interaction with Rachel that I can certainly empathize with. All too many people these days are just too damn rude. Not to mention solely focused on their own issues with not a single care regarding how their actions affect others.

Well, I have to stop here and say two things:

What starts as a simple clashing of personalities over a traffic misunderstanding quickly turns into an epic game of cat and mouse as Rachel is subjected to a series of deadly lessons. 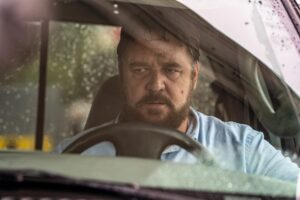 Next Level Retribution in ‘Unhinged’

Now, I can still certainly agree with him getting pissed off at Rachel, the level he takes it to is definitely beyond “next level.” It’s no secret around here that I love a good movie that deals with vigilantes, downright psychos, “agents of chaos,” or those that have just had it with the system, and in ‘Unhinged,’ Russell Crowe brings an unforgettable character to life.

I have absolutely ZERO doubt that there are plenty of you reading this that have at least had a day dream or two about doing some of the very things The Man does. A bad divorce. Suckered by an attorney. An asshole in traffic that tops off what feels like the shittiest day on record.

Yeah, all too many have been there, done that.

With theaters opening up in cities across the country, I definitely recommend getting out of the house (practicing common sense and social distancing of course) and checking out ‘Unhinged.”

It’ll have you chomping away at the popcorn and saying “Holy shit! I can’t believe he just did that!”

Until then, check out this video and make sure you follow the rules!!