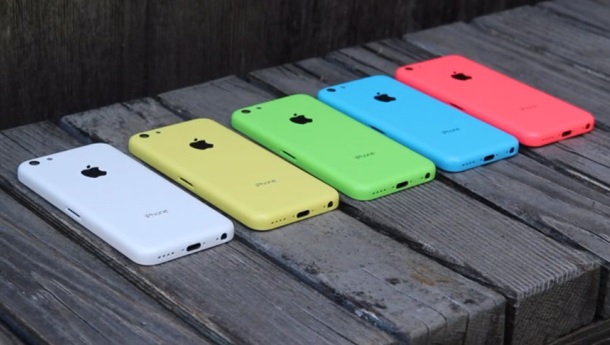 Apple’s first budget handset – or the first budget product of any kind, rather, is almost certainly on its way. After months of rumors, the iPhone 5C, the budget variant of the iPhone – is now widely accepted to be launching at the company’s event in San Francisco on September 10. And we seem to have gotten our hands on the spec sheet.

The iPhone 5C will obviously be a much younger sibling to the premium iPhone 5S. Apart from a polycarbonate body, the phone will also offer much lower performance and functionality. According to a report by SIM Only Radar, the iPhone 5C should be powered by a dual-core CPU – details of which are unknown.

This CPU will work with 1 GB of RAM – the same amount as on the iPhone 5, or the upcoming 5S. The screen will also be the same size as on the iPhone 5 at 4 inches. The resolution is said to be 640 x 1136 pixels. The 5C’s camera may not disappoint too – it is expected to be an 8 megapixel shooter, while the front end should will probably shoot at 1.2 megapixels.

iOS 7, but no Dual-LED Flash

The dual-LED flash seen on the iPhone 5S will not make it to the 5C. Instead, the 5C will probably just live with the standard LED flash found on previous iPhones.

On the user end – the iPhone 5C will be running the latest iterant of Apple software – iOS 7, which is also expected to launch simultaneously. It will pack in Siri, capable of conversing in multiple languages –  English, French, Japanese, Chinese, German, Korean, Spanish and Italian.

The iPhone 5 measured 123.8 x 58.6 x 7.6 mm on the scale, and the iPhone 5C won’t be doing too bad itself. According to the leak, the 5C will measure 124.2 x 58.4 x 7.6 mm. That’s the same slim build as its predecessor, with almost exactly the same length and width as well. Despite the very marginal increase in volume, the 5C will still weigh about 6 grams lighter than the iPhone 5.

Apple is expected to launch the 5C in various color combinations – White, Blue, Red, Yellow and Green. Video leaks of the device show a smaller Apple branding, along with a black Apple logo on its back.

Of course, there’s been no confirmation of these specifications from any official source. Apple in fact hasn’t even confirmed the existence of the device. But with the leaks we’re having every other day – it’s launch is all but confirmed.

Are you excited by the news of the iPhone 5C’s launch? Will this be your next phone? Let us know in the comments below!