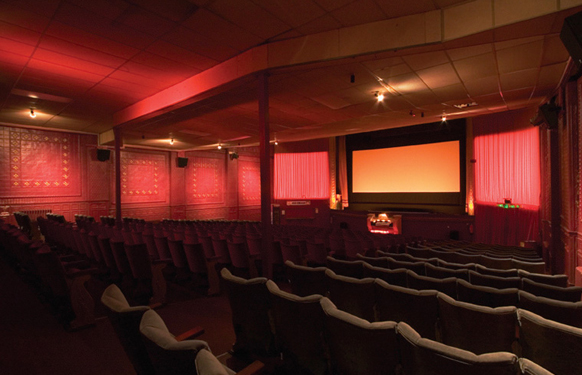 Digital filming has been the method of choice for major pictures for some time now, barring instances of auteur producers or directors throwing their weight around, yet only now has the first movie studio allowed the 35mm of yesteryear to slip into a much deserved retirement. Having announced that Anchorman 2 (I haven’t seen it yet, don’t spoil it in the comments, you vultures) was the last US release to be displayed from film, Paramount has stepped up, and in doing so earned plaudits from forward-thinking media lovers. It’s an interesting development for a host of reasons, so let’s dim the lights, grab some popcorn, and let our minds wander through the magical realm of speculation.

The Inertia of Hollywood

The movie industry, despite being fundamentally dependent on individual acts of creativity, moves with the calculated predictability of an insatiable and indefatigable Olympic distance runner in an indefinite money race. It’s been around the track plenty of times by now, knows how to course-correct, when to relax, when to roar ahead, but sees no reason to deviate from its path. It’s easy to understand why this is the case. This particular money race accounts for billions of dollars every year, and adherence to old adages doesn’t feel so obsolete when it still rakes in the dough. Furthermore, with that amount of cash flying around, those in the upper echelons of major studios—which is to say, those with the real power—no doubt feel compelled to be absolutely sure of the artistic merit of any deviant decisions, as judgment calls make for convenient scapegoats and have a habit of proving rather damaging to the employment of their instigators. For these reasons, and many more, seismic shifts in the motion picture landscape don’t happen very often, making this one very significant.

Film can burn up or suffer damage and offers a level of quality that has long since been surpassed by its digital successors, but has a long-standing infrastructure—pertaining to both production and reproduction—and wields a strong nostalgia factor that keeps people returning to it, just as vinyl records have never truly gone away. Indeed, movies will no doubt continue to be filmed on 35mm reels, as every filmmaker has their own process and preferences.

That said, this move is about distribution. Henceforth, Paramount productions will be offered to US cinemas in digital formats only. This should guarantee various improvements in safety: quality will not be at risk during transport, copies will not be at risk of degradation at any stage, and the opportunity will be there for rigorous copy protection. After all, each private copy can be locked in some sense, with the buyer or renter holding the key. There’s also the potential to save on transport costs, with all movies eventually being sent over the internet to suitably equipped cinemas.

The downside of this change is that numerous smaller venues are set up solely to project film and would need expensive new machinery to remain viable if this shift became universal (quality pun there.) The photo I used for this piece is of the Curzon Community Cinema in Clevedon—the town I grew up in—which was opened over a hundred years ago. Though it now has a digital projector, much is owed to its ability to attract heritage grants and celebrity assistance over quite a few years of financial difficulty. I can only guess at how many cinemas may fail to garner such support and end up relying on obsolete systems.

As we’ve established, the cinema industry is a juggernaut of profit, and it shows no sign of slowing down regardless of the endless complaining about lost profits and piracy and the proliferation of alternative media platforms. While it is a real shame that some small community venues will be left by the wayside, it is an inevitable consequence of progress.

I’ve listened to a lot of complaining about cinema ‘gimmicks’ like 3D or IMAX or D-BOX bucking seats, but I’ve never been inclined to view them cynically. The appeal of cinema for me is the experience, the reverence of being immersed in a resonant aura of magic. I have a home projector and a beanbag chair, but it’s not quite the same. The point I’m making is that the fundamental appeal of cinema derives more from the circumstances of watching a movie than the movie itself or the way in which it was made. In recognition of that, I eagerly anticipate seeing what developments the next few years have in store for moviegoers. The digital revolution has already given us so much, but it’s nowhere near finished.