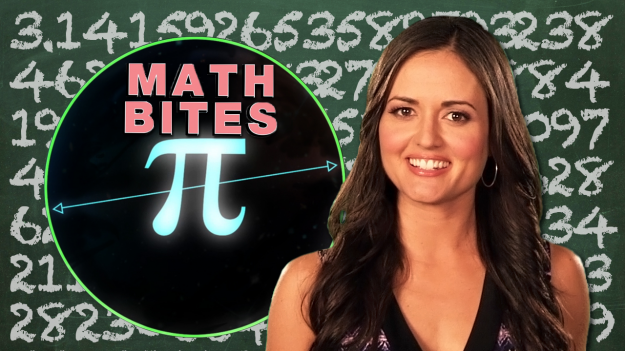 Yes, it’s that chick from The Wonder Years. Danica McKellar, best known for her leading role as Gwendolyn “Winnie” Cooper on the American television comedy-drama that broadcasted for six seasons on ABC, is the currently the host on Nerdist’s new channel show, Math Bites. When I first heard the news, it brought back many awkward memories. At some part, it even involved projectile vomiting. In my secondary (equivalent to high school) school days, I enjoyed English, art and humanities. On the contrary, mathematics – other than P.E – was something I couldn’t get the hang of. I’m only interested in numbers when they’ve got to do with pay checks. It’s a smart move to get McKellar as the host, I have to give Nerdist credit for that. She’s geeky and awesome. McKellar studied mathematics in UCLA; wrote several mathematics-related books; had a scientific paper published with Professor Lincoln Chayes and fellow student Brandy Winn; late-night talk show host Jimmy Fallon even proclaimed Cooper as “the coolest girl in any TV show ever.” So, who better to teach mathematics than her?

And why shouldn’t it? With cameo appearances from Nerdist founder Chris Hardwick, actress and social media giant Felicia Day, actor and comedian Simon Pegg (editor! Only a Whovian will get this reference), among others, this is recipe for success. In a matter of six minutes, viewers were rewarded with valuable tips in memorizing pi formulas. The conception of the video was well-balanced and proved that just because it’s maths it doesn’t have to be dull and boring. If you haven’t seen the video, expect a bit of pop culture references. No spoiler ahead, but let me just say that a Trekkie will appreciate watching it.

Danica McKellar is a charming host. She briefly mentioned one of her books, Girls Get Curves and gave several comedic performances. One of them was even fully loaded with the value of pi. It’s not the exact value, of course. That would have taken over six hours!

YouTube is no longer just about watching a South Korean entertainer doing his trademark horse dance move or gawking at Miley Cyrus twerking on Robin Thicke. It has taken things to a whole different level. These days, it has become possible for people to learn something new everyday. Take Crash Course, for instance. It’s an educational YouTube channel started by the VlogBrothers. For non-Nerdfighters’ sake, VlogBrothers refer to popular author John Green (The Fault in Our Stars, anyone?) and vlogger and musician Hank Green. Crash Course tackles various subjects such as: U.S. Hstory, Chemistry, Psychology, Biology, Ecology, World History and English Literature. They’ve gotten so popular that DFTBA Records has launched DVD sets! If you find these subjects too tacky, switch gears to Mental Floss, a YouTube channel that supplies random and interesting facts. Did you know The American Declaration of Independence was not signed on July 4 1776? It was in fact signed on August 2 1776. When you’re good at something, you brag about it. Okay, moving on.

Is This the End for Our Teachers?

Watching these educational videos have an e-learning vibe to it. And they are increasing. Just take a look at the number of views and subscribers on Crash Course, Mental Floss and Nerdist. And let’s not forget about educational sites like Coursera and Harvard’s even offering publicly available online courses. Where do our teachers stand? Does this mean we have to bid adiós to our educators? Doubt it. While some students prefer online education, there is also a handful of them who would rather be taught using the traditional method. Online education is cool and less time-consuming but let’s not forget our teachers who open the windows of our mind.