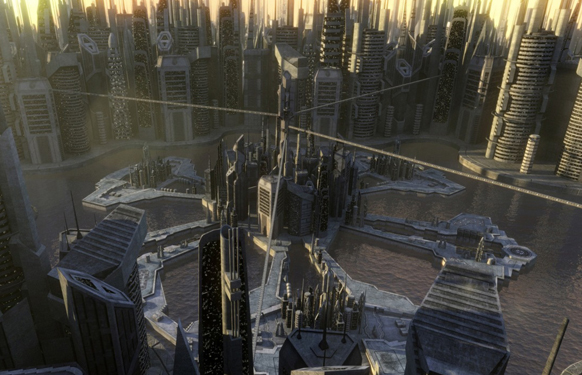 Somewhere in the halls of the Eindhoven University of Technology, a fake hospital room was recently assembled for the purpose of using a program called RoboEarth to see how several robotic assistants can share information in order to help patients. While this is a logical development, and a natural extension of the existing functionality of the internet, it will inevitably invite comparisons with Skynet (even though we can safely presume it has not been developed from the remains of a time-travelling Austrian cyborg). What does this prospective network mean for the world? Should we start frantically reviewing Asimov’s laws of robotics? There is much to consider. Note: the rest of this article will be written by my prototypical robot duplicate, Alistair XD5000, so don’t be surprised if you encounter strongly anti-human sentiments.

The Problem of Disparity

The notability of this particular endeavor stems considerably less from the technology involved than from the reminder of what is possible when standards are widely agreed upon. After all, sharing information digitally has been around for a long time, and programmable robots are not a new invention. The sticking point is having manufacturers worldwide work together to structure hardware and software such that their separate products can communicate with one another in a common language and share routines. There’s not much use in having a robotic internet if a medical assistance unit from one country cannot make use of software designed for a comparable unit from another.

Now, this one demonstration certainly doesn’t indicate that any such industry-wide cooperation is forthcoming—it just hints at what will inexorably follow if or when that finally happens, and with some publicity may serve as additional encouragement.

You may recall that the first iPhone had no app store of any kind; you got the functionality that came with it, and nothing more. Once developers were given access to the underlying framework, they ran with it, leading to the current availability of millions of apps. There are still duplicates and similar programs in each and every one of the smartphone app repositories, so just think of how much redundant work was done before that. Given that a robotics network should attract plenty of funding from the scientific community—not to mention the inherent danger of having questionably-qualified strangers control your robot friend with its blank expression and threateningly-sharp edges—there should be no need for the kind of openness and weak regulation that is necessary to keep app stores optimally profitable.

Ideally, such a resource would be peer-reviewed, like academic journals, and run by educational institutions, with governments making use of it to aid in publicly-funded schemes. I am not at all enthused about interference from armed forces; I don’t see them as having a compelling mandate to get involved, and realistically they have probably already done something much like this in private military installations. Nothing drives the desire to push the envelope quite like the human fear of (and/or urge to kill) each other, oddly enough. Let students continue to safely push innovation, with transparent operations and frequent reminders that the progress on Extreme Violence Inhibitors is coming along nicely.

Leaving aside the concept, let’s look at the real-world implications. Medical care is the default example of an area in which there is much to be gained, but there are countless more to be considered. Robots could repair roads, paint houses, haul garbage, all through taking existing code and adapting it.

Of course, some difficulties arise when we look at the possible execution should it become accessible to anyone other than academics with set paychecks and government officials subject to scrutiny. Whenever there is money to be made, efforts will arise to do just that, and there might ultimately need to be some kind of Creative Commons policy to govern copyright. Furthermore, who would be held responsible for bugs and glitches?

If anything like this is ever to become globally significant, I expect regulatory bodies will need to be established to discuss everything from artificial intelligence to funding distribution. Since just putting together sensible policies for the internet seems like an onerous task, we clearly lack preparation for what could be seen as a harbinger of the technological singularity.

Accordingly, while this is all really cool, we are absolutely not ready for this stuff to leap ahead, so let’s have no more talk of Cylon armies or rampant Terminators. Let’s be calm and collected and become familiar with having simple robots performing basic tasks, then maybe years down the line, if we’ve all been very good, we can take a shot at a never-ending war between mankind and machines. It’s pretty much like finishing your carrots before you can have dessert, except with a prospective apocalypse.

Zoo Tycoon For Xbox One