Zoo Tycoon For Xbox One 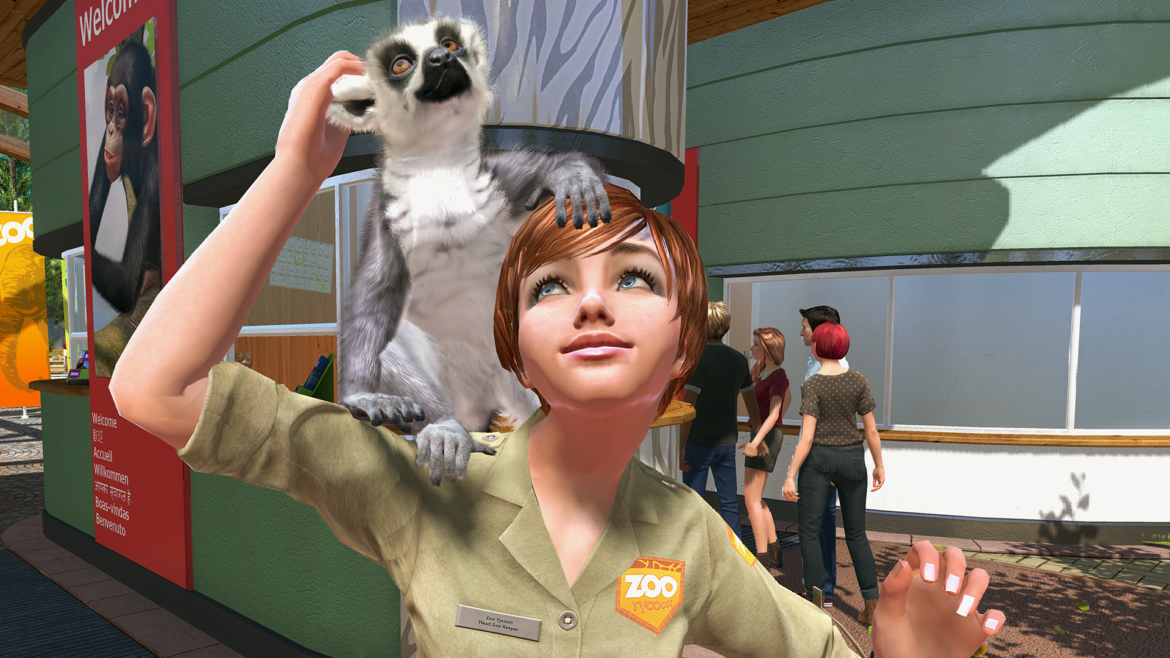 Remember that Matt Damon movie where his character bought a zoo and accepted the challenge of preparing it for its re-opening day? No? Nothing? In that case, let me refresh your memory. The movie also stars eye candies Scarlett Johansson and Elle Fanning and it was based on the memoir of Benjamin Mee, the owner of Dartmoor Zoological Park. Sure, this garbage person (people who caught The Golden Globes last Sunday will get this reference) is probably best known for his role as Jason Bourne, but really, how could anyone forget his role in We Bought a Zoo? It’s not the type of character Matt Damon usually plays.

Ever feel like you want to own a zoo and spend the rest of your life with animals?

The makers of Zoo Tycoon must have shared some of our sentiment, otherwise they wouldn’t have came up with this game for Xbox users.

By now, any person who hasn’t been living in a cave should have heard about Xbox One. The video game console developed by Microsoft was released on November 2013. A million consoles were sold within its first 24 hours availability. What stunned everyone is that Xbox One was only made available to few countries, namely North America, Australia, New Zealand and a handful of European markets.

In a nut shell: Zoo Tycoon is a game whereby players run a zoo and try to make money from it – because apparently, that’s the way the world works. Zoo Tycoon is the brainchild of Blue Fang Games which has since closed down since 2011. Microsoft recently released it in 2013.

Zoo Tycoon may not be the biggest name in the gaming world, but it’s certainly destined to become a classic.

What’s the Game Play Difference Between Xbox One and Xbox 360?

Judging by the large fan base Zoo Tycoon has, it must have played a part in the Xbox One sales. Even though the game play in both versions are almost similar, the Xbox 360 edition only highlights 65 animals out of the 101 that are shown in the Xbox One edition. Naturally, hardcore Zoo Tycoon fans are bound to feel cheated so their next agenda is pretty much predictable.

Zoo Tycoon received mixed reviews. Dan Webb, the editor in chief from Xbox Achievements gave the game a decent score of 75 out of 100. He praised the game for its “ultimately enjoyable ride” but pointed out its “lack of ambition”. Leah B. Jackson from IGN poured scorn on its “poorly laid out menus and worse Kinect functionality”. On a brighter note, Chris Plante from Polygon described the best part of Zoo Tycoon is that users have the option to switch into third-person mode.

I’ve been playing Zoo Tycoon before I even learned to use the chopstick so you can say that I’m pretty psyched about it. My gaming buddy downloaded the demo version and I managed to try it out. The graphics are stunning and they draw you in. Everything looks almost real and for a second, it really does feel like I’m feeding the animals. I really ought to go out more.

In my honest opinion, kids will have a better time playing this than adults. It’s highly engaging so youngsters might log in some serious hours. The fact that Zoo Tycoon has a trace of Kinectimals, makes the entire game dumbed down. That said, it gave the impression that the developers wanted to stepped up its game but somehow, things started to fall apart. If I were to summarize Zoo Tycoon in a few words, I would say, the game is good, but not great.