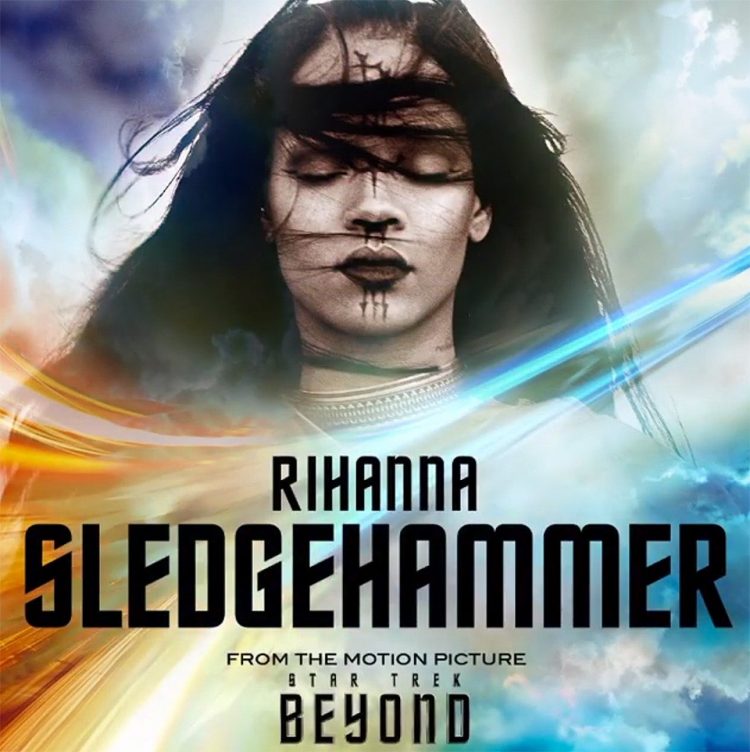 Rihanna has been travelling the globe on her 7th world tour promoting her 8th studio album Anti. A day after her performance in England and before her show in Glasgow Scotland, Rihanna took to Instagram on June 26th with a glimpse of Justin Lin’s sci-fi epic and the caption, “Got something for y’all tomorrow,” that sparked curiosity.

On June 27th, Rihanna let her Instagram fans in on her little secret that she had been working on since 2014, when she tweeted lyrics from the new ballad, and released her new single, “Sledgehammer,” as the theme song for Star Trek Beyond. Rihanna is apparently a trekkie.

“As a Star Trek fan,” Rihanna says, “I am honored to have the theme song for the new @StarTrekMovie!”

Co-written by Sia, Jesse Shatkin, and Rihanna herself, the new ballad showcases Rihanna’s vocals and genre versatility. Already averaging a 5 star rating on iTunes, “Sledgehammer” is edgy, different, and will be the first ever music video to premiere in IMAX theatres.