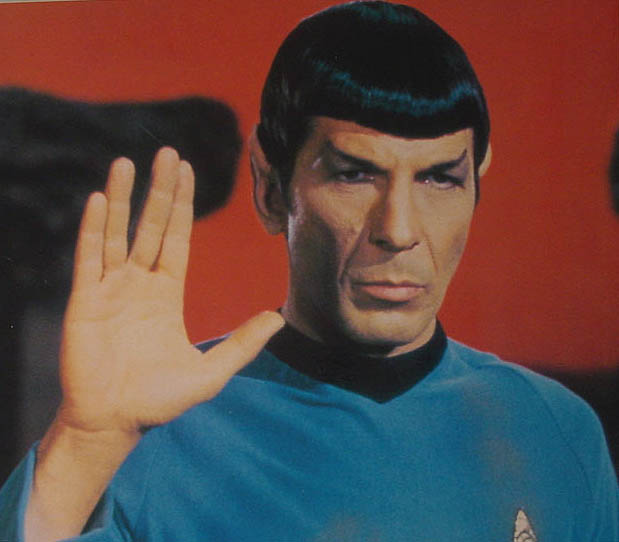 Sure, for some people the word “Trekkie” conjures up pejorative imagery of chubby neckbeards living in their mother’s basements, but if that is your first reaction to the word, you are missing out on a fantastic show and cultural ziggurat, and… you’re possibly on the wrong website. One of the earliest and most influential franchises in science-fiction film and television (whose original series premiered 11 years before the Star Wars films and only three years after Doctor Who), Star Trek has permeated sci-fi and geek culture (not to mention pop culture in general) to such an extent that it becomes hard to swing a stick in modern geek culture without hitting something that pays homage to the show— and I’m not just talking about Sheldon’s crush on Leonard Nimoy.

How To Become A Trekkie

Do you watch Futurama? If you haven’t watched Star Trek, you’re missing half the jokes. Galaxy Quest? The entire film is a love letter to the show, its fans, and its cast drama. (And twenty times funnier once you’ve seen the show.) If you participate in any sort of fan-creation (fanfiction, fanart, cosplay, “filk songs,” etc.), Star Trek wasn’t the first fandom to do so but they sure as heck brought fan-creation, talking back to the show’s creators, and fan-culture to a new level– all this, and it’s actually a good show to boot.

So how do you start watching? How do you tap into one of the oldest, funniest, most charming, most influential television series in the history of sci-fi and begin to call yourself a fan?

Choosing to become a Trek fan is a bit like choosing a major in college. There are several different departments to explore, all of them equally interesting and complex (for the most part). In addition, due to the size of the franchise, there are also several “minors” you can choose– for example, side-attractions from the main canon such as the various books, the comics, and occasionally, cartoon shows– even fanworks, as the history of fanzines and the road from “fanon to canon” in Star Trek is a fascinating subject in its own right. The first step is asking yourself which series you want to “major in” first.

The first two shows in the franchise, Star Trek: The Original Series (hereon referred to as TOS), and Star Trek: The Next Generation (hereon referred to as TNG) are the most popular, and if you’re looking to increase your pop-culture knowledge, are the best places to start. TOS follows the original (welllll…) captain of the Enterprise, Kirk, and his crew through a magical 60’s wonderland of hysterical costumes and surprisingly relevant social commentary, while TNG is heavily character-based and follows the adventures of Picard and his crew on the Enterprise D several years later. The two series begin to trade off in the Star Trek movies released between the two shows’ tv runs, so please remember to include the movies in your watching rota. (Note on movies: new fans may decide to enter Trekdom via the Abrams-timeline movies. Do not listen to grumpy fans, this is okay– however, the movies should strongly be considered an introductory course to TOS, rather than a “major” of their own, as they draw heavily from TOS.)

There are also other options, such as Voyager, Deep Space Nine, and Enterprise, all of which are perfectly legitimate options and you should feel free to explore at your leisure.

Step 2: Prepare for a Time-Sink

Star Trek is HUGE. Even once you have decided on one show to start with, you are still looking at around three-to-seven seasons per show. Plus possible movies. Plus optional books, comics, video games, and cartoons. While anyone who’s gone on a Netflix binge (and, thankfully, most Star Trek series and movies are now available on Netflix) knows this isn’t impossible, it will still take a while. Instead of sitting through every episode all at once, set aside a little time every week to enjoy an episode or two of your chosen series. For many, the series can be an acquired taste, and you should give yourself as much time as you need to actually become invested in the show.

Step 3: Acquire a Taste for Cheese

Yes, that man is wearing a rubber forehead. Yes, that alien race looks exactly like humans except they’re blue and have antennae. Yes, John deLancie is a huge ham. Learn to love it. It’s hilarious, and kind of adorable. Sure, sometimes the special effects are cheesy but you know what? The show has heart. Open up and let yourself care about the characters– for every cheesy special effect, there’s a genuinely heart-warming moment of camaraderie or heart-wrenching moment of vulnerability. Star Trek is a space-opera in the best possible way, and once you stop expecting modernity (especially if you’re watching TOS) you’ll fall in love.

Star Trek‘s biggest appeal (subjectively) is its moral heart. We live in an era where not only our science-fiction but our superheroes, our media in general, is following a trend towards “darker and grittier” views of the world. This isn’t bad, but that’s not Star Trek. Star Trek takes place in a universe with war, with death, with genocide, with oppression– loneliness– and says “you are not alone.” Its overwhelming viewpoint is one where science is used to solve problems, not cause them (mostly) and where peace, curiosity, and compassion are the values that ultimately win in the end. Star Trek was the first interracial kiss on television. Also, during the Civil Rights movement and soon after the Cuban Missile Crisis, it featured a black woman, an Asian man, and a Russian as valuable members of the crew. It addresses a woman’s right to be in the work force and right to reject advances without fear of retribution. Share it around– become a fan. The world could use a few more good Captains.

Are you a Trekkie? What’s your favorite series? What episodes would you recommend to newcomers? Let us know in the comments!