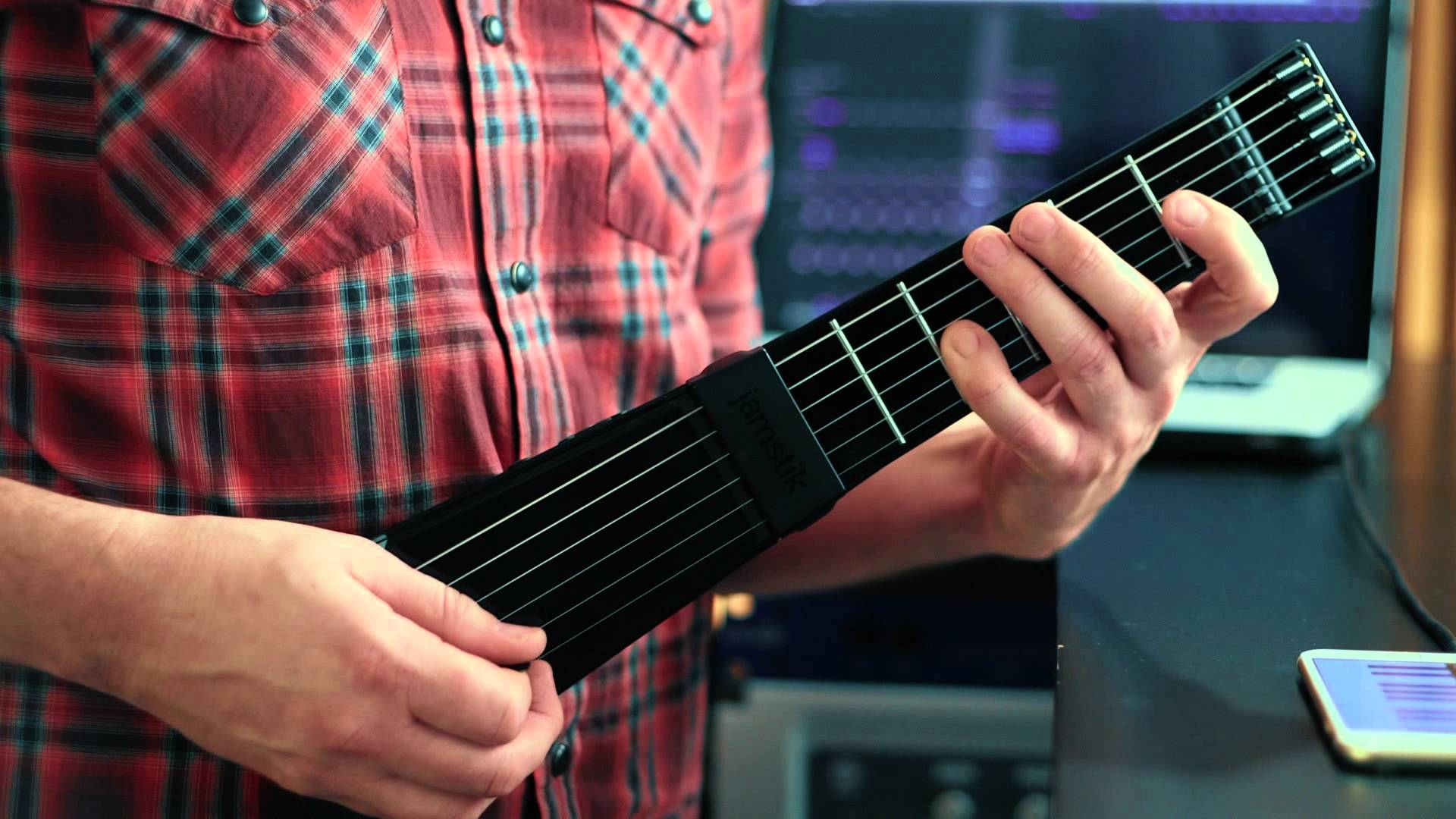 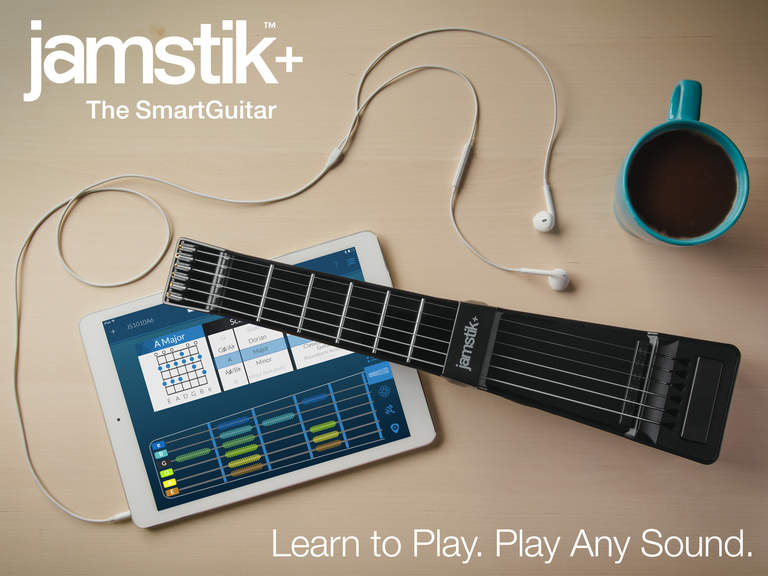 Technology has come a long way. Cellphones and smartphones are becoming more and more sophisticated while the spectrum of smart gadgets is ever-expanding. Music technology has also changed significantly in the last couple of decades. The Jamstik+ Smart Guitar is yet another advancement in smart technology. This wireless and compact MIDI guitar is a portable music device that connects to smartphones and tablets and requires no tuning.

The Jamstik+ is unlike any other guitar in appearance and function. It’s small, bluetooth enabled, and compatible with Macs, iPods, and iPhones as well as numerous music apps. The guitar’s fretboard senses and picks up finger placement and is conducive to learning chords and improving one’s guitar skills. It displays chord position, structure, and notes when used with an app. It weighs only one pound and nine ounces and is only 16.4 inches long, 1.8 inches thick, and 3.5 inches wide. It also has a replaceable battery that lasts eight hours per charge.

If you want to connect the Jamstik to your iPhone, the Jamstik Connect app is simple and quick. However, you don’t need the app in order to play music with the device. Jamstik can be used with numerous apps including Logic Pro X, Garage Band, and Pro Tools. The Jamstik is more or less a MIDI input device which allows different features and sounds to be produced. If you use professional style options, your device is capable of better sound quality.

Learning to Play Guitar? This Tool is For You. 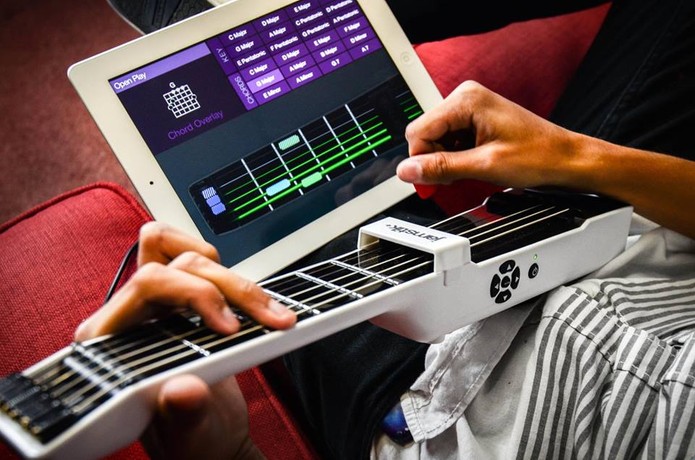 The Jamstik itself is quite interesting. On the side of the device are buttons with lots of different options such as alternate tuning options, capo placements, and octaves. Using the Jamstik app also allows adjustments to be made and the bar located at the base where a bridge normally would be functions as a mute switch and can easily be activated. If you are trying to learn to play the guitar, this is a good tool to have. The fretboard displays chord names and shapes as it senses where your fingers are and you can watch this on your iPad, Mac, or smart phone.

The Jamstik is not a toy though. It has real strings and real frets just like a normal guitar. Playing the device is not unlike playing an acoustic guitar. You strum and pluck the strings just as you would a regular guitar while the app produces the sound. Perhaps the only difference is the feel. When you play it, your fingers do not get vibration feedback as you play the notes. While this might seem weird if you’re used to playing a regular guitar, the device still works perfectly and is the closest thing to the real thing.

Whether or not this will be something professional musicians will use in performance and recording remains to be seen, but it is a great practice tool for those who want to learn and fun to play. The fact that this device allows midi devices to be played through the guitar rather than just a keyboard is innovative.

The Jamstik+ is Impressive

The variety of uses and portability is a convenience while recording artists likely will find the iPhone, Mac, and iPad connectivity to be a useful new tool. Perhaps the coolest thing about the Jamstik is that it is something that novices and professionals both can enjoy and make use of. When used with the different apps, playing the notes on the Jamstik can produce drum, keyboard, and other instruments tracks which provides for hours upon hours of fun and virtually endless possibilities. It can be purchased on their website for $299 which is plenty fair given all that the Jamstik is capable of.

Netflix in December: Everything Coming and Going

Lucasfilm President Is Not Going to Cater to Male Audience