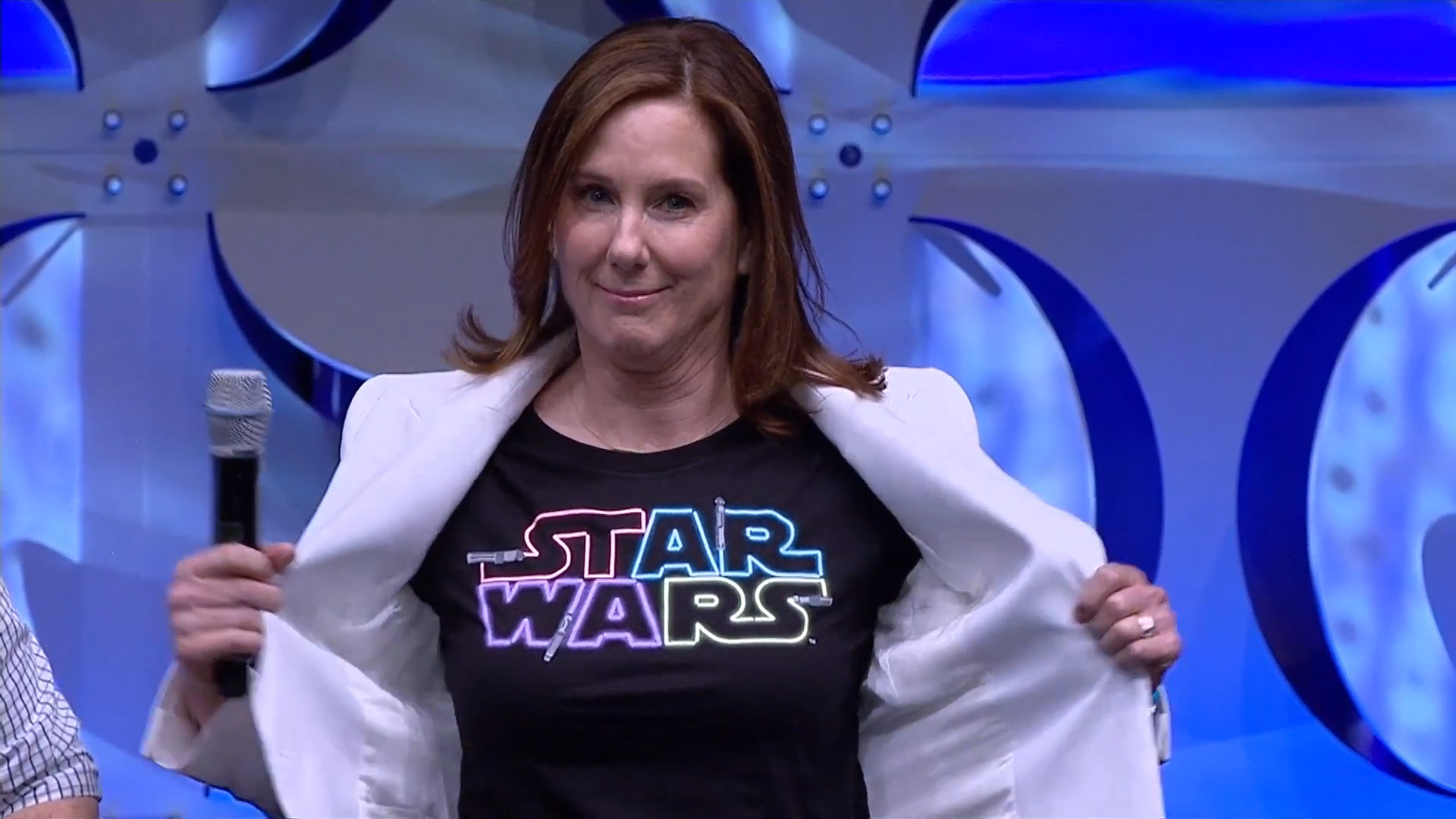 Lucasfilm President Kathleen Kennedy has stated she will not cater to well established male audience.

Kennedy was hand-picked by George Lucas to run the company after he stepped down. Not letting Lucas down, Kennedy has flourished. There has been a 2 billion grossing film, a successful animated series, several books on the best seller list, top-selling comic books, and a revitalized toy and apparel market to the tune of $3 billion last year alone. But all this success has not stopped any criticism.

The Star Wars fandom in particular has voiced some opinions about there being two recent female leads, and a lot of these opinions were not pleasant. This has not stopped Kennedy at all. In an interview with the New York Times she stated, “I have a responsibility to the company that I work with. I don’t feel that I have a responsibility to cater in some way [to those particular fans]…” And she shouldn’t have to.

Kennedy has balanced out the audience, with it being 50/50 male and female. That means an increase in people buying into the franchise. But certain fans still find a reason to be mad, like when Kennedy wanted a female director for the entire Star Wars franchise. Because wanting to help advance women in the film industry is apparently just being selfish. Kennedy is not having it and we are impressed with her backbone.