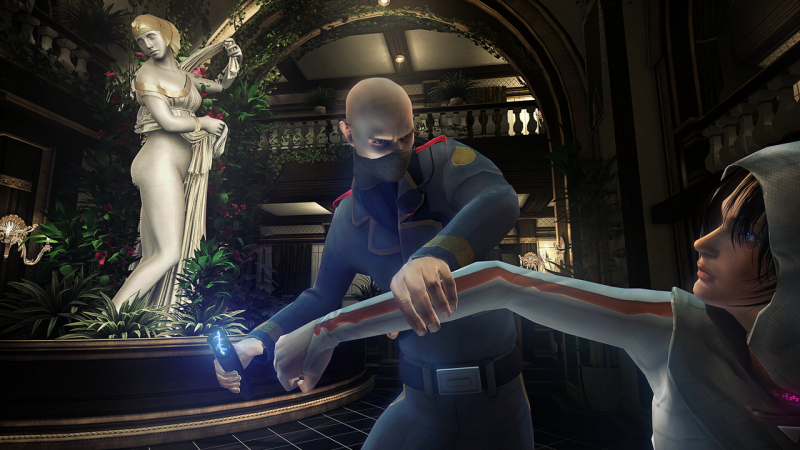 République is a game that was created thanks to a successful Kickstarter project, and just recently the iOS game of the week. It passed its $500k goal by a cool $55k, and was developed by high profile studios such as Camoflaj and Logan. The premise of the game was a young girl trying to escape a cutting edge, modern dystopia complete with censorship, omnipresent surveillance, and illuminati symbolism. All in all, the game had a lot of potential.

Unfortunately, clumsy controls, poor voice acting, abundant clichés, gaping logical errors, and overt, in your face advertising make this game feel like a made-for-TV movie than a AAA mobile game. 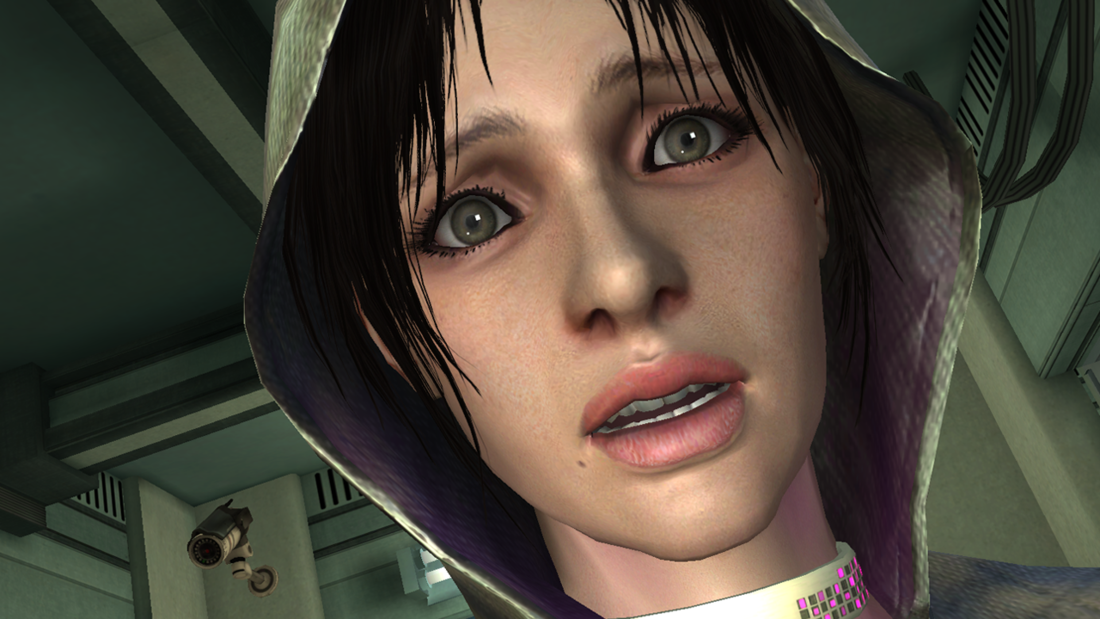 The game opens with a rather uncomfortable video call with the main character, Hope, where the game does its absolute best to try and break the fourth wall. Her sheer proximity to her phone’s camera made me want to push my device away, and the mediocre facial animations and voice acting only made it worse. Before too long, the camera cuts to a corner of the room, and Authority Figure A, complete with horrible French accent, and Henchman waltzed in to the room, soon followed by Authority Figure B.

It turns out that the henchman, Cooper, has a crush on Hope (or perhaps ulterior motives, it’s so easy to confuse the two), so after Hope has been put into confinement, he smuggles the phone (you) into her cell. At this point, the game finally starts.

The gameplay is simple enough. By switching back and forth between normal view and ‘Omni View,’ you can jump to different cameras and (after a bit of teenage angst on Hope’s part) unlock doors. It’s your job to guide Hope past the guards in an effort to get her out.

Omni View will pause the game (for some unexplained reason) and allow you to switch cameras, hack computers, deactivate locks, and even scan guards for useful items or information. You switch between normal mode and Omni view to guide Hope through the increasingly complex stealth puzzles. 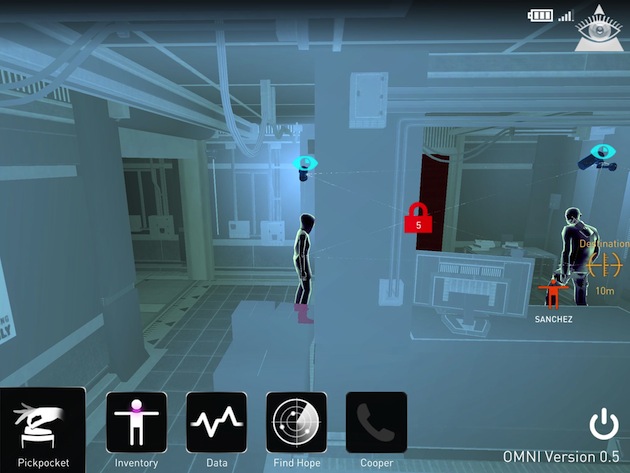 Turns out, it isn’t. While the basis of the game is sound, the execution is not. The touch controls are imprecise and sluggish, making it difficult to direct Hope even under ideal circumstances. The poor camera angles only make this worse, making it nearly impossible to send Hope where she needs to go. More than once Hope got caught simply because the game didn’t recognize my input, or I couldn’t get the right camera angle to get Hope to a hiding spot.

Hope herself isn’t any better. She has enough common sense to be able to keep out of the guards line of sight on her own, but nothing else. She’s utterly incapable of doing anything by herself, which means you have to babysit her the whole game. This gets more and more irritating as the game goes on, making the entire game one big, long escort mission

Cooper will pop up from time to time to give commentary on Metamorphosis’ situation, or to give brief tutorials. He does this via a text to speech program, complete with emoji, because it’s too dangerous for him to use his real voice (but apparently not too dangerous to use his real name; figure that one out). Turns out that Cooper’s one of those people who hasn’t quite figured out human interaction yet, and almost all of his lines are glaringly bad. Personally, I’m not sure if this is because they characterized him too well, or not well enough. Either way, he’s even more irritating than Hope is, if only because you’re forced to deal with him more often.

Despite how bad the sneaking mechanics are, getting caught isn’t a big deal. The guard who caught you will simply confiscate your inventory, bring Hope to the nearest cell, and lock her in there. Once he’s gone, it’s relatively easy to open the door, pickpocket the guard to get your stuff back, and be on your way again. Not only that, but if you get caught by the same guard too many times, the game will just put him in a corner like a child in time out, allowing Hope to sneak past without difficulty.

Other than for getting your stuff back, pickpocketing is usually a waste of time. Occasionally the guards will carry useful things like pepper spray or Tasers, but most of the time they only cary game cartridges, shameless advertising for other mobile games. Cooper will pop up and go on a grinding monologue about the game, almost punishing you for finding one of the in game collectables.

This part irritated me almost more than the rest of the game, because not only are the developers making money off you by forcing you to purchase the rest of the episodes to know what happens, but they’re also making money hand over fist from the advertising, then passing it off as a mini game. I guess I shouldn’t complain too much, since it’s way better than pop up ads, but République has its fair share of those, too.

There are three types of tools that you find lying around, pepper spray, Tasers, and screwdrivers. The most common is pepper spray, which is basically a get out of jail free card. If Hope is about to get captured, she’ll pull out her pepper spray and proceed to drench the poor man with liquid capsaicin. Instead of incapacitating him, though, it only blinds him for long enough for Hope run away, after which he’ll wander around, halfheartedly looking for the girl before giving up and going back to his patrol route not even bothering to notify anyone about how he was just mauled by the 15 year old that everyone’s looking for with enough capsaicin to stop a bear.

Tasers work much the same way, except they’re permanent. A quick jolt and the offending guard is on the ground for the rest of the level. Of course, no one bothers to check why Johnson hasn’t checked in for the last half hour, and nobody seems to care about the random body lying in the middle of the hallway. Screwdrivers are the worst of the lot, though, because the game designers decided that Metamorphosis has the worst screwdrivers in the world, and each one can only be used once. Seriously? Once? I can only use a screwdriver once, and then it snaps in half? I’ve used plenty of screwdrivers, and while the teeth on those things do eventually wear down after a few years, I have never once broken a screwdriver completely in two.

I have some other smaller gripes about the game. The henchmen are all visually identical, the AI is nonexistent, you can’t hack in normal view, but you can’t move in Omni view, everyone in the game except Hope apparently has PTSD, and Zager, the voice of the revolution, talks like Glen Beck if he had schizophrenia.

All in all, the game has a lot of potential, but it falls way short of the line.