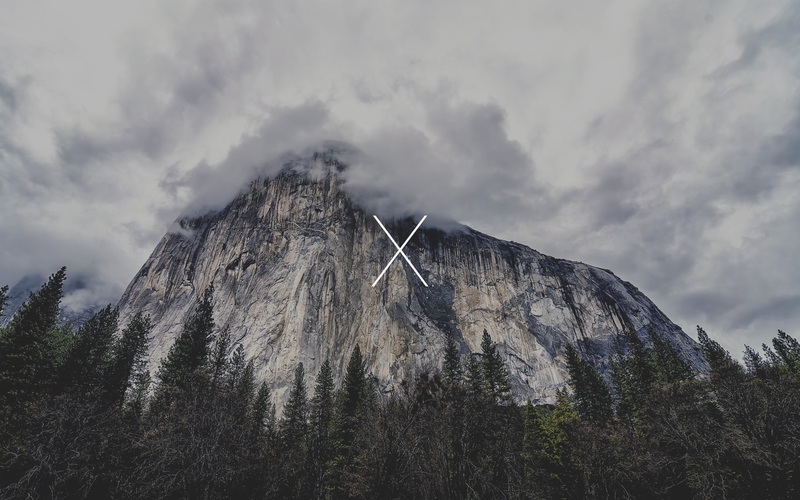 Many of us Apple geeks get very excited for WWDC as consumers because they typically unveil new technology that can be absolutely amazing. This year, they did not disappoint (even though I was hoping I’d get a sneak peak at a new iPhone.) They covered three topics at the WWDC keynote: OS X Yosemite, iOS 8, and new developer features.  I was immediately impressed with the new update to Mac OS that is coming this fall.

Staying with the California-inspired naming theme, Yosemite is a complete visual overhaul of the Mac operating system. On Apple’s website they use words like elegant and fresh. And they are right. The new visual display seems to bring together the new design elements they released with iOS 7 last year and gives the Mac a new, sophisticated look. The new OS will have translucent windows, adding dimension and an easier view of content. Apple has created more streamlined toolbars for specific apps. The sample they use on the website is of Safari, the web browsing app. The new OS will feature easier and more functional controls. For example, the “stop lights” in the top left corner of every app, have been changed to replace maximize with full screen. Thus, eliminating the extra full screen button.

One of my favorite new features that was shown at WWDC is the new spotlight search. Rather than just a small bar that drops down, you get a whole new window. It’ll perform all of the great searching tasks that Apple users love, but with a much more elegant design (their goes that word again.) Interestingly enough, for the new Spotlight search Apple has employed the use of Bing, Microsoft’s search engine, rather than Yahoo! or Google like they’ve used in the past. Users will also be able to search Wikipedia, news articles, their iTunes library, and more.

Apple has introduced great updates to some of it’s most popular apps as well. As I mentioned before, Safari has received a major makeover. Safari now has a more streamlined toolbar, easier way to view tabs that you have open, and an easier way to search the web. Like in OS X Mavericks, you can search directly from the address bar, however, it works along side Spotlight now to give you suggestions from Wikipedia and Bing. Now, I’ve mentioned the new partnership between Apple and Microsoft’s Bing search engine. For all of us out there who know anything about search engines, Bing has never been the most popular. But, as always, Apple wants to give their users options on how they access content. So they are adding a search engine that I love, DuckDuckGo. DuckDuckGo is great new search engine (that currently has an extension for Safari) that doesn’t track what you’re searching, unlike Google and such. So, in the same way you can currently designate what search engine Safari uses, you’ll also have the option of DuckDuckGo.

Now Apple has also showed off what the new Mail app can do, like Mail Drop (sending 5GB attachments) and Mark Up (editing attachments right in Mail) and they showed off the Finder app and Messages. But what most of us Apple users are interested in is what Apple calls continuity. Continuity is this great new relationship between iOS and Mac. According to Apple, iOS 8 and OS X Yosemite will work hand-in-hand with great new features.

One of these new features is simply, Phone. And simply put, you’ll now be able to answer phone calls on your Mac when someone calls your iPhone. All you need is to be signed in to iCloud and on the same Wi-Fi network as your phone. It also works with Calendar, Contacts, Messages, and Safari to help with signing you in to conference calls and the like. You can also converse via SMS on your Mac as well. Currently, you can only do such a thing with iMessage, but that will change with Yosemite. Again, as long as you’re signed into iCloud and your devices are on the same Wi-Fi network, you’ll be able to text friends and family on your Mac. Other features of continuity include Instant Hotspot, allowing easier access to your personal hotspot generated from your iPhone, and Handoff. Handoff allows users to continue task without breaking stride from mobile devices to Mac and back to mobile.

Apple’s new operating system is clean, fresh, elegant, and full of new features. This makes Apple users like me very excited for what we can expect from OS X Yosemite.