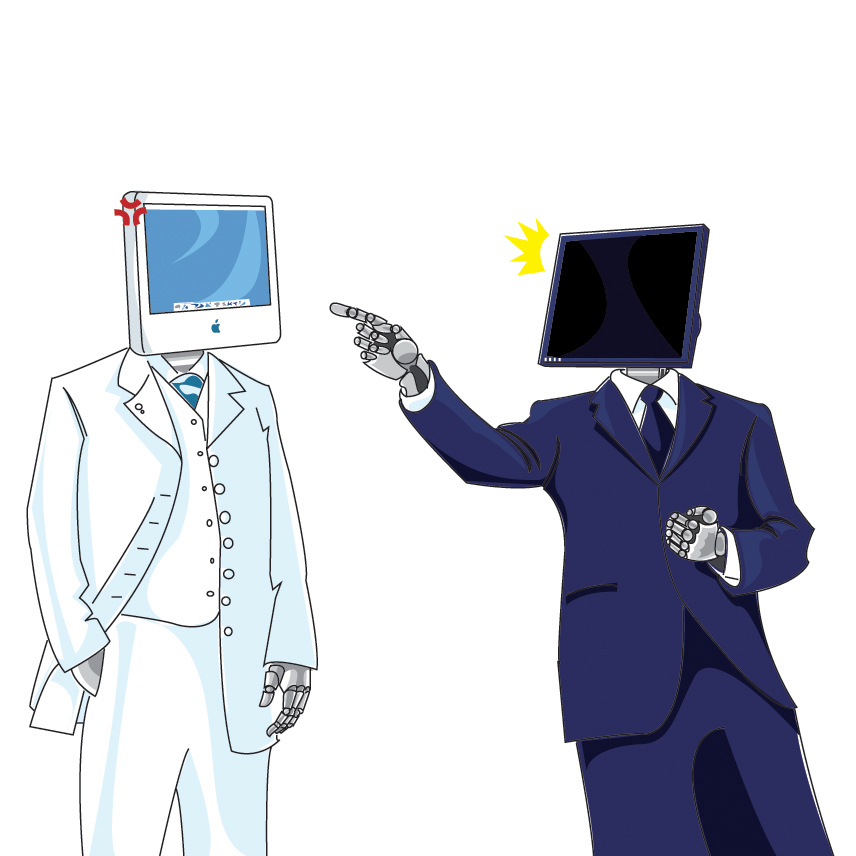 When I first started writing this article, my initial impression was, “What in the world have I just gotten myself into?”

Beyond the possibility of igniting a new flame war as the zealots of each side rally to their respective banners in defense of their Most Holies, the issue itself is rather complicated. What are the bases for comparison? Price? Usability? Style? The number of programs you can run on it?

Even more importantly than that, as a lifelong Mac user, can I straight up admit that my side is wrong if it comes down to it?

Quite honestly, there are any number of things that we could compare the two competitors on, but since we’re all gamers here, I figured I would break down the argument into the two categories that are most important to us: price and ‘gamability.’ Price, because most of us don’t have an unlimited supply of cash to drop on a hardcore gaming platform, and would rather not take out a loan for our next computer, and gamability, the sheer number of games that a given computer can play.

The first thing we have to look at is price. You can’t game with a piece of hardware you can’t afford. Now, Macs have a reputation for being extremely overpriced, but let’s take a closer look at that. Future Looks went through and did a piece by piece comparison of the cheapest and most expensive Mac Pros, against off the shelf parts, and what they found was pretty surprising.

On the low end against the Mac Pro’s very basic $3,000 model, it took them roughly $4,000 dollars to match it (and exceed it in some areas) with off the shelf parts, meaning that, as far as it goes, the cheapest Mac Pro is very competitive in terms of price for power.

The high end model Mac Pro, costing $9,600, turns out to be an even better deal. It costs a whopping $11,530 to replicate a Mac Pro with readily available parts

Admittedly, there are a number of components that can be be switched out for cheaper ones which are more suited to gaming, but that doesn’t change the fact that the Mac Pro has excellent value for its price.

This, unfortunately, is where the Mac side loses pretty hardcore. This has always been true, and it will probably always be true, sadly enough. The grand majority of PC games simply won’t run on a Mac. Despite the fact that more and more studios are developing games for both platforms, or are porting them to the Mac after they’ve been released, the library of games for Mac, especially AAA games, simply can’t compare to the PC library. Even in my own collection, only about half of the games in my Steam library are Mac compatible. That’s not to say that I can’t, or don’t, play them; I simply have to resort to using Boot Camp to do so, which is a little frustrating in and of itself for a variety of reasons. 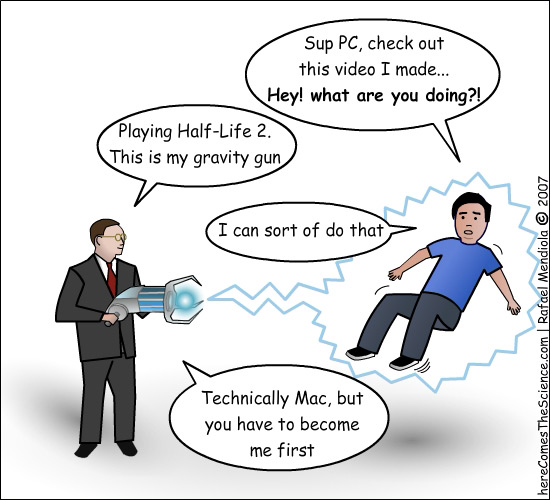 Needless to say, my friends will ‘lovingly’ call my machine the Mac Toaster whenever I’m  having issues or have to switch back and forth between my OS’s, though to be perfectly fair, I’ve had far fewer and less serious problems with my Mac than they’ve had with some of their PC’s.

That’s not to say that the Mac library is completely barren. Premier titles such as DotA 2, Bioshock Infinite, Borderlands 2, and Amnesia are all available for Mac, and some companies, such as Blizzard, even develop their games to be compatible with both platforms at launch.

Despite my obvious bias for Macintosh, it’s pretty clear who wins out in the end. Unfortunately, while Mac prices aren’t nearly as bad as everyone makes them out to be, the system loses out where it counts: games. While the Mac game library is certainly better than it has been in the past, and looking up as time goes on, there are still relatively few developers that will develop their games for both platforms concurrently. This means that me and my fellow Mac users are forced to either wait for the developers to port them post-release, which can be months, or even years in the making, if it happens at all, or to game through either Boot Camp or a virtual machine.

Frankly, neither of the options are particularly appealing.

The Science Behind Why We Heart Emoji