Everyone loves to customize things depending on their specific requirements. When it comes to an Android phone, the customization process starts with rooting it. It’s a rite of passage through which you open a realm of almost infinite customization. Take a note that you can replace the original operating system too if the device is rooted. 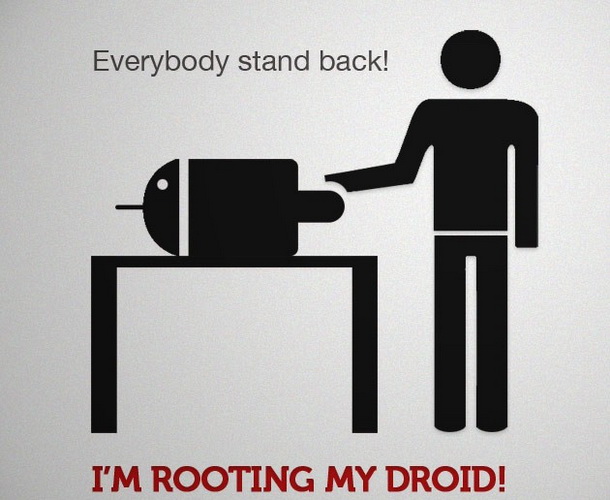 It must be clear to you by now that there are advantages associated with your Android phone if it is rooted. So, why doesn’t the phone itself come rooted in the first place? Well, there are reasons and believe me those are not just ambiguous business decisions.

Once you root the android phone, you are basically exposing it to more malware. However, you the user, gets complete access to the system files. If you decide to play a bit with them, it is possible to cause the phone harm – to some of its normal functionality at the very least.

An Android Smartphone isn’t like a normal computer or laptop. If you end up corrupting the operating system on your computer, you can still reinstall it and start again. But, if the same happens to your android phone, you might be left with no other option but to buy a new one. Therefore, no-rooting keeps you away from the most important files of your android phone, and keeps it safe.

When you buy an android phone with a certain mobile carrier, you get some built-in apps as well. Some of these are included as part of an agreement with a third party, whereas, some are used to unlock the value added features that are provided by the carrier. If you get root access to your Android phone, you will be able to uninstall these apps. Why would the carrier allow that? If you are able to uninstall the default apps, it is no longer tied to the carrier’s network. So that’s a liability for the carrier.

Did you know that each of the apps installed in your Android phone has its own little sandbox inside the phone’s space? This ensures that an app doesn’t get access to the files of some other app. This way the security of your android phone is kept intact, and malicious apps cannot do any harm to other apps on the phone. It works like this: once you install the app in your phone, you are basically creating a user account with certain restrictions.

When you install an app, you are automatically prompted, and permission must be given. This is similar to a secured computer network. A good example of this is a computer at school or even business that blocks out Facebook.

Google does provide android for free, but this isn’t charity. At the end of the day Google has a business to run. As most already know, Google earns its keep through advertisements. Personally, I don’t see any harm in it, because Google needs to reach the bottom line like any other business.

If you get root access to an android phone, you can block those advertisements, the same as you would on a computer by installing an app or browser add-on. There are similar apps available at Google Play Store as well, like AdBlock Plus. However, these don’t work very well unless the phone is rooted.

I have tried to outline the most general reasons why an android phone doesn’t come rooted. As you can see, some are security related factors, and some are entirely business decisions. But, there is no denying that once you root the android device, you basically take things into your own hands. Now, whether you can handle that or not, depends entirely on you.

If you have rooted your android device before or use a rooted android phone currently, share your experiences with me in the comments below.