Welcome back to Geeks Anonymous, we loved last week’s reception and support so lets try to top that this week! This tech week wasn’t too hectic outside of a couple big moves by a few companies. Lets start with the Adobe situation.

Apple looks to re-assemble the pieces and by doing so they take Adobe System’s Chief Technology Officer and claim him as their own.

Kevin Lynch, the former Adobe CTO, oversaw Adobe’s technological research and design teams especially focused on cloud computing and the software’s social relations. The CTO will become Apple’s Vice President of Technology which will prove to be beneficial for both parties. Lynch joined Adobe in 2005 around the same time they acquired Macromedia. Lynch will leave his former home on March 22nd and Adobe doesn’t plan to fill the CTO position. There would be big shoes to fill if they were to try and find a new CTO although Apple does find a great gain for a number of reasons. 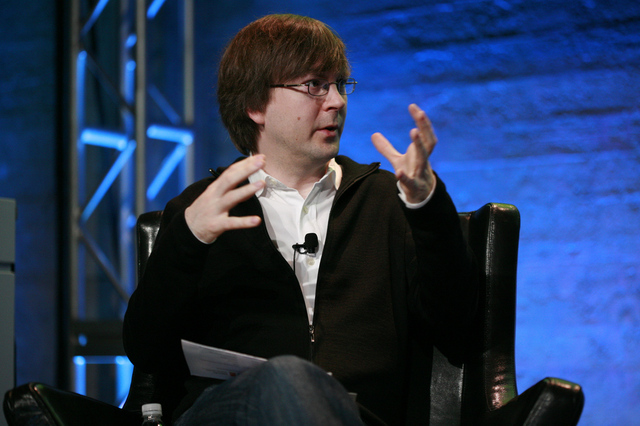 Adobe says they will leave the technology development and research under the duties of CEO Shantanu Narayen. Adobe cleared things up in a statement with AllThingsD:

Kevin Lynch, Adobe CTO, is leaving the company effective March 22 to take a position at Apple. We will not be replacing the CTO position; responsibility for technology development lies with our business unit heads under the leadership of Adobe CEO Shantanu Narayen. Bryan Lamkin, who has recently returned to Adobe, will assume responsibilities for cross company research and technology initiatives as well as Corporate Development. We wish Kevin well in this new chapter of his career.

Lynch’s experience may be unmatched; his direction and design can take Apple’s technological advances to another level. Yes Lynch is the Vice President who will be answering to Bob Mansfield, Apple’s Senior Vice President of Technology, but his impact will be noticed sooner than later.  Although Apple is fit to customs which Lynch will have to adapt to – Lynch was a large supporter for the flash player at Adobe but Apple banned flash media from iOS. Lynch also managed the creative cloud at Adobe so we may see some new traditions in iCloud.

Better yet the Facebook #Coincidence, a recent decline in Facebook users and progressive decline in their popularity has pushed Zuckerberg to the unthinkable. The hashtag seems to have given Twitter the popular niche it needed in social media. Whenever the # symbol was used people would automatically think Twitter, a sort technological association. The concept then migrated over to Instagram where it performed the same duties but even during this time it still showed no hint on Facebook.

Facebook is now planning to bring the hashtag to its community and join users like that of the other thriving social media sites. Expect to see the mark on Facebook statuses, Facebook walls, and even comments. Zuckerberg intends to group users and conversations together.

Users will be able to find topics just like they would locate referenced hashtags on Twitter which is very interesting because it is too similar to Twitter and Instagram’s environment. In combination with the Graph Search, Facebook is definitely going in a new direction that isn’t even reminiscent of the social site it began with. But this comes as no surprise, Facebook has always been one to imitate or buy whatever is the next best thing. We only encourage honesty at Geeks Anonymous and that is exactly what you will get. Although I don’t doubt that the Facebook hashtag will be a success but I think Facebook as whole will slowly be forgotten as more innovative social networks come to the forefront. #Sorry