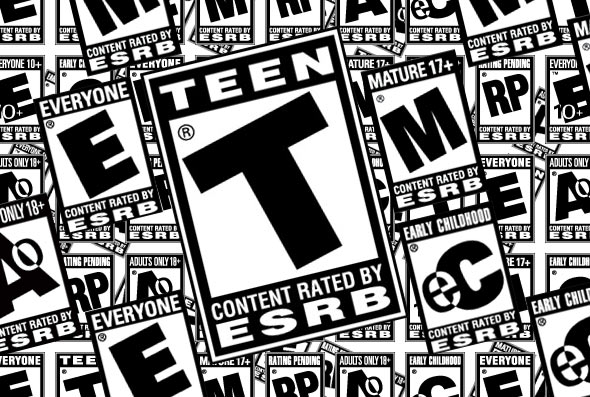 Children shouldn’t play games that contain violence. I don’t know if that’s actually true, but the entire world seems to make a habit out of assuming that it’s a golden rule. If we function under that same assumption, then we are forced to ask ourselves where to draw the line between violence that is okay for children, and violence that isn’t. Not to mention countries drawing a line on what any of us are allowed to have in games. More and more this is seems be an arbitrary line that serves no other purpose than to hassle consumers and developers. After all of the work that countries put into keeping games that contain violence out of the hands of kids and adults, I can’t help but wonder if it’s actually having any impact.

Ratings and Censorship – Do They Make a Difference?

The line between what should be sold to children, and what shouldn’t seems to be an ever changing bar. I’m sure everyone is familiar with the Halo series, I’d be surprised if there were still people out there who weren’t. Think about going through the Halo games, what rating would you have given them? Let’s see, there is some violence…and that’s about it. So, that’s why the Halo games have been given a Teen rating. Haha, just kidding. Every game in the Halo series has been rated at M for blood and gore. While that may come as a bit of surprise to most, seeing as most everything on TV and film short of cooking shows contain violence, I guess it’s fair.

If all of the Halo games are coming in at M, the lets look at a game rated T to understand why. Have you heard of Naughty Bear? Probably not, it was a really terrible game. But, it was a really terrible game rated T. After all, it only depicted life size, humanoid, talking and walking teddy bears, These bears just also happen to dismember, torture, and mass murder as well. Instead of blood we get white fluff that comes out the animal. My only question is, How in the hell did this end up rated lower than Halo? Have you ever hung out with kids? Stuff animals may as well be living breathing creatures for some of them. At least Halo doesn’t have you dumping hot tar on people, and killing en mass for petty reasons.

Also hanging out in the T category is Super Smash Bros. Brawl. I don’t know a single person who thinks that SMBB is a game worth withholding from children. The sort of violence we see inflicted the the Smash series is no worse than what the Looney Tunes have been doing to each other for years. Where is the age restriction on TV because Daffy got his bill blown all the way around his head by the business end of Elmer Fudd’s shotgun?

The idea that withholding these games from younger players has any real impact is laughable. They are inevitably going to get the exact same influence from tv, film, music, comics, books, just about every form of media. We not only have states who try to ban the purchase of M rated games from younger players, but entire countries who want to keep violence out. The recent hit The Last of Us, was censored for everyone picking up a copy in PAL territories. That’s me, I live in the UK so I get something other than what the creators of the content intended.

When was the last time a Game of Thrones book came out that before release needed to have lines removed for content? Since when do video games not logically fall under the same protections as other pieces of art and media. If you don’t want your children playing violent games, don’t let them by them. As for countries who restrict games, just stop. Us adults should be able to decide what content we find appropriate for ourselves. You know what they removed from The Last of Us? Dismemberment and some blood. Not all the blood, just decreasing how much is splattered. That may seem like a small change that doesn’t matter, and that’s exactly my point.

It doesn’t matter, it doesn’t change that the game is about a pair of people forced to murder just for survival. It doesn’t change that there is a teenage girl put in violent situations. So why in the hell was it ever changed? In what world is slightly less blood splatter going to keep the unbalanced guy from the street from stabbing someone? As it stands, studies into the effects of violent games have been focused on children. The results are always debatable to say the least. The ESRB is skewed, country censorship is ridiculous, and the only people who should be in charge of whether we get to buy a game is us.