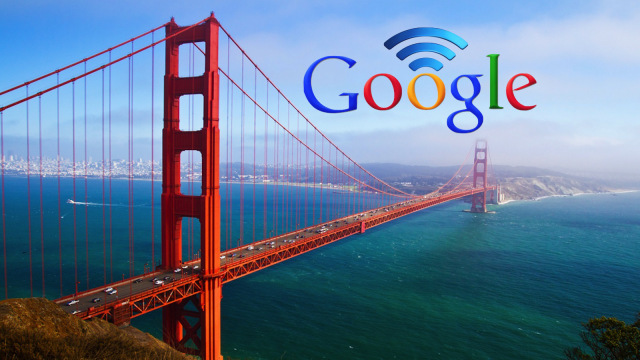 Internet Philanthropist Google has offered to gift San Francisco parks with free Wi-Fi. Playgrounds, plazas, recreation centers, and parks are going to have the Wi-Fi for two years with no strings attached. Google is paying $600,000, Mayor Ed Lee stated. Although the plan is still pending approval, installation could start as early as November and be finished in April 2014. The money will go to pay for equipment, installation, and maintenance of the wireless networks for the two years. After that, the mayor has announced that it will be San Francisco’s responsibility to keep up the network.

Google believes its gift will empower the citizens of San Francisco and serve as a pilot of city-wide Wi-Fi. The company has already installed limited wireless networks in New York and Boston, and a fiber-optic network in Kansas City. If all goes well and the reception is positive, it could lead to wider Wi-Fi in San Francisco, and Google installing in other cities.

A proposal for free Wi-Fi has come up before and been rejected by the Board of Supervisors and Mayor Gavin Newsom. In 2007, EarthLink and Google tried to partner with San Francisco to provide a Wi-Fi network for the entire city, but a contract was never agreed on and the prospects fell through. The Board thought that the companies would profit too much; Google’s plan, Supervisor Mark Farrell and San Francisco’s Department of Technology assure us, will not make Google money. Protestors in San Francisco have smashed Google shuttle bus pinatas in anger at the increase in rent driven by the company and its high paid employees’ presence. Google intends to improve its image with the people and make this simply a donation to the city (but I’m sure it’s also to drive more people onto the web and increase its ratings – 25% ain’t enough).

Mayor Lee said, “We are behind. I call us the innovation capital of the world but we need to catch up. This is where the relationship with the private sector is so important to us.” Lee also explained that the program will “Bridge not only the digital divide but bring the innovative spirit to every community in San Francisco.” Hopefully, it will draw more San Francisco citizens to the parks and create opportunity for enrichment and community building, along with education and the spread of information (For a list of the 31 parks receiving the Wi-Fi: go here).

AT&T has also decided to help out the Wi-Fi-less; they are installing on the East Coast however, in the Big Apple. AT&T launched a free outdoor wireless hot spot in Times Square.  Their pilot program will give free Wi-Fi to those on AT&T’s wireless or broadband connection. . Their network is set up on Seventh Avenue between 45th and 47th streets.

AT&T is the exclusive carrier in the U.S. for iPhones and so, due to the popularity of the phone, they have been struggling to keep up with the demand on their data services. The network, the company stated, has seen a 5,000 percent increase over the last three years. Densely populated areas like New York City and San Francisco experience lots of issues, like slow connections and dropped calls. AT&T has been working to fix the issues; they have improved their capacity and network coverage. They have upgraded their backhaul network, connecting cell sites to their internet, added new microcell devices that expand in-home coverage, and increased their coverage in heavily congregated areas like sports stadiums and convention halls. This plan to add Wi-Fi in NYC is only another attempt to help out the customers.

By adding the NYC hotspots, AT&T believes the hotspots will help the increasing congestion that exists on its wireless network. Their customers with Wi-Fi enabled devices will connect to the hotspot’s Wi-Fi instead of AT&T’s 3G network in order to access the internet. If the program works well, than AT&T also, like Google, plans to launch it in other cities. The company has over 20,000 Wi-FI hotspots across the country already and has offered free Wi-Fi to its smartphone users hoping to persuade them to use the free Wi-Fi rather than the 3G when available.

All I know is that I hope it works so it can come to me (in my not so big city).  Keep donating companies, we appreciate it.