Quincy: An Ode to American Self-Reinvention 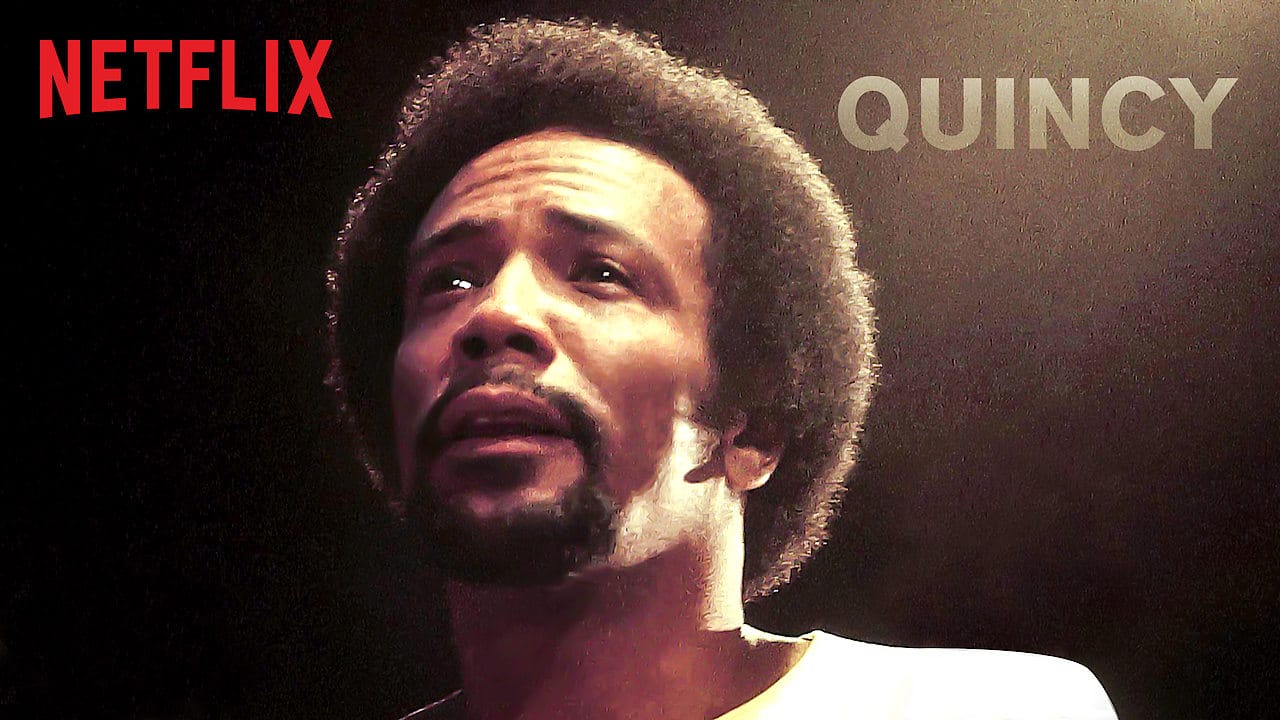 Co-directed by Rashida Jones and Alan Hicks, and winner, just last week, of the Grammy Award for Best Music Film, Quincy (released by Netflix in September of 2018) is a documentary about the extraordinary life of Quincy Jones, a man whose amazing artistic career spans seven decades in music, film, TV, and even printed media. The insane variety of roles he has had throughout his journey is beyond impressive: multi-instrumentalist musician, composer, arranger, orchestrator, conductor, record, film and TV producer, record executive, artist manager, media mogul, and more. But, more impressive than the broad range of his talent, is the fact that he’s managed to, not only stay relevant throughout the decades, but also stay consistent as a trailblazer and a pioneer, and that, at the age of eighty-five, he’s not contemplating retirement.

Let’s Step Back for a Moment, and Get Some Perspective

In the forties, at age fourteen, Jones meets Ray Charles, whom he will collaborate with throughout the years, and who will become a lifelong close friend. In the fifties, as a trumpeter, he tours the world with jazz orchestras, and is a musical director for Dizzy Gillespie. In the sixties, he becomes the first African-American to hold the position of vice-president of a major record label (Mercury), and then he becomes Frank Sinatra’s arranger and conductor. Throughout the sixties and the seventies, he’s responsible for over thirty film scores and soundtracks, and gets four Oscar nominations for his work as a movie composer. In the eighties, he produces the best-selling album of all time, Michael Jackson’s Thriller. In the nineties, he executive produces the sitcom The Fresh Prince of Bel-Air, and founds Vibe magazine. In the twenty-first century, he’s remained active through philanthropy, artist mentoring and management, and various other businesses and ventures. And in 2016, he co-produced the opening ceremony of the African American Smithsonian Museum on ABC.

How in the world, then, do you condense such a rich life – the life of a man who has had seven children with five different women. A man who, while living in Cannes, France, in the fifties, was Pablo Picasso’s neighbor. A man who met Leni Riefenstahl – in a two-hour documentary? Well, acknowledged from the get-go, is the one problem that doesn’t exist here: a lack of subject matter. Indeed, the first thing that is immediately established with Quincy is the abundance of information within it. But then, how do you tell the story? From a filmmaker’s perspective, how do you build an arc with a coherent narrative that captures the essence of a man whose life is literally all over the place?

It is interesting to note that Quincy was also written by the same duo that directed it. Interesting because writing is not the first thing we think about when we think about documentaries: our first instinct is to presume that documentaries kind of write themselves. But engagement in storytelling, fictional or not, is inevitably an exercise in eloquent narrative, in prioritizing, in strategy. And so, again: how do you tell the story? Well, with hindsight, the strategy adopted here seems obvious. Quincy’s take is three-pronged: the historical one, the personal one, and the present time one. There’s plenty of room, however, to screw up the interweaving of those three elements, but it doesn’t happen. Quincy is skillfully edited and very elegantly put together, intuitively interspersing the man who made history, the human being, and the life force Jones still is today. And omnipresent, strategically placed to help tell the story: his music, always the music – prolific, vintage, and disarmingly top-notch.

The Historical Approach is Surreal at Times

The wealth of archival footage (reportedly sifted from a stockpile of two-thousand hours), the amount of historic artistic landmarks Jones was a part of, and present at, throughout his life, the staggering number of iconic careers to which he contributed, helped launch, or somehow collaborated with, and the musical eras and genres he touched and imprinted himself on – all of that feels almost mythical, and shows unparalleled eclecticism and adaptability. And all of that is neatly and succinctly laid out chronologically in this documentary, inseparably from American history itself, inseparably from the history of American musical evolution and innovation, and inseparably from the history of American racism.

Two time-lines are on display throughout Quincy: Jones’ life as whole, and the six-year span (sifted from eight-hundred hours of footage) during which cameras followed him around for the making of this documentary. Those two time-lines alternate constantly. The fact that his daughter Rashida is half of the creative force in this documentary, and a reoccurring on-screen presence in father-daughter interactions, organically eases the viewing of this film into a privileged insight into Quincy Jones the man. Often surrounded throughout the film by his daughters and son, who unequivocally adore him, Jones comes across as a man who, for all his accomplishments, has remained humble, and who can rival his success as an artist with his magnanimous humanity.

On occasions narrated by Jones himself, sometimes in the form of present day reflections, other times with the aid of decades-old audio used as a voice-over, the personal story arc is as intense and as compelling as that of the artist. There is the childhood in 1930’s violent Chicago’s South Side, during the Great Depression, the family dynamic of a workaholic father and a schizophrenic mother, touring the country as a jazz musician in 1950’s racially segregated America, the brain aneurysm in 1974, the four-day diabetic coma in 2015. And, through it all, one can’t help but to be in awe of Jones’ unrelenting drive, avid curiosity, constant self-reevaluation and evolution, and ever-expanding range.

In the end, as a documentary, Quincy ends up being a life force on its own. As if contaminated by the greatness of the man they aimed to portray, Alan Hicks and Rashida Jones seem to have symbiotically conspired with Jones’ life story to somehow allow it to tell itself. Quincy is concise against all odds, and yet it still finds a way to be stylish and majestic. In a way, for all the hard work that was obviously put into this, the biggest compliment that can be given to Rashida Jones and Alan Hicks is that they somehow managed to get out-of-the-way. Bravo.