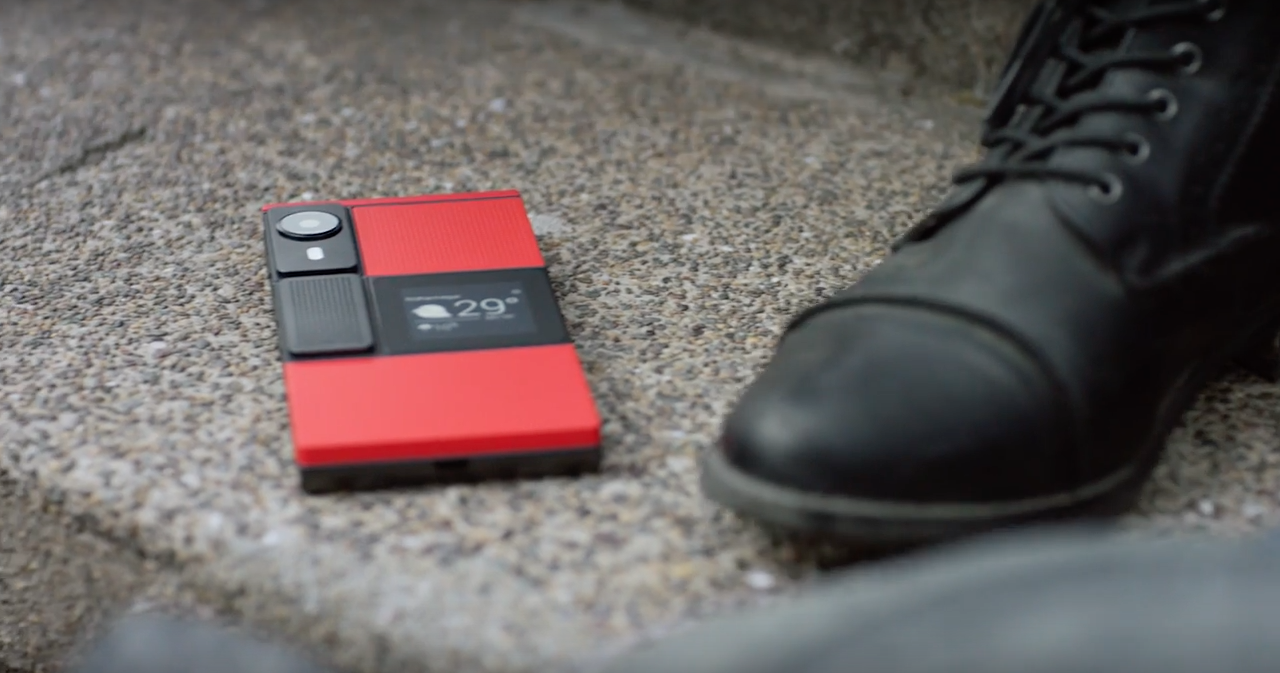 Google’s Project Ara is slowly becoming a product of reality. Google last demoed their modular phone back at their I/O conference in 2014. After a pilot program, the project was delayed. Fortunately, the phone with swappable hardware is getting closer to an actual launch. A new video has been released teasing the possibilities of Google’s upcoming modular phone.

Google is promising a lot with Ara, a phone with swappable modules that would give users to option to change the look, feel and functionality. The video shows a few of the potential modules, including a loudspeaker, an e-ink rear screen, a camera, microphones, a kickstand, and even a touch-sensitive square that is shown hailing an Uber.

A modular phone like Ara would be very different from what most smartphone users are used to. Google states Ara’s swappable modules are powered by Greybus, a piece of software built into Android that supports “instantaneous connections, power efficiency and data-transfer rates of up to 11.9 Gbps.” The Ara is built with space for six modules, with the CPU, battery, and display all being apart of the frame (at least in generation one). Modules will be standardized, use an advanced “Unipro” network to connect to the frame, as well as allowing regular to heavy use without degradation.

According to Google, a developer edition of Ara will be launching sometime this Fall, with a consumer edition coming later in 2017. Hopefully, we’ll be able to hold our excitement until then.