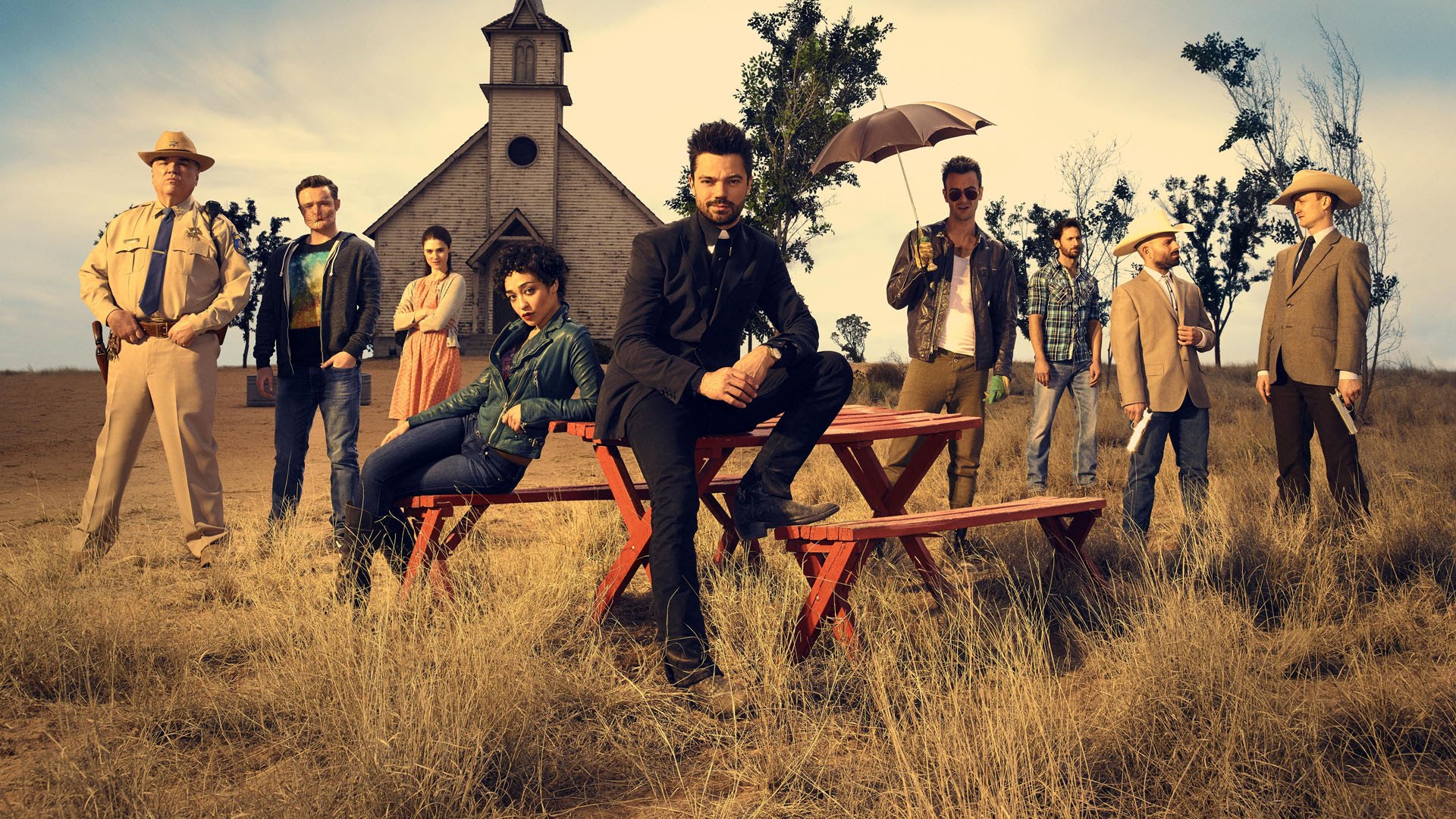 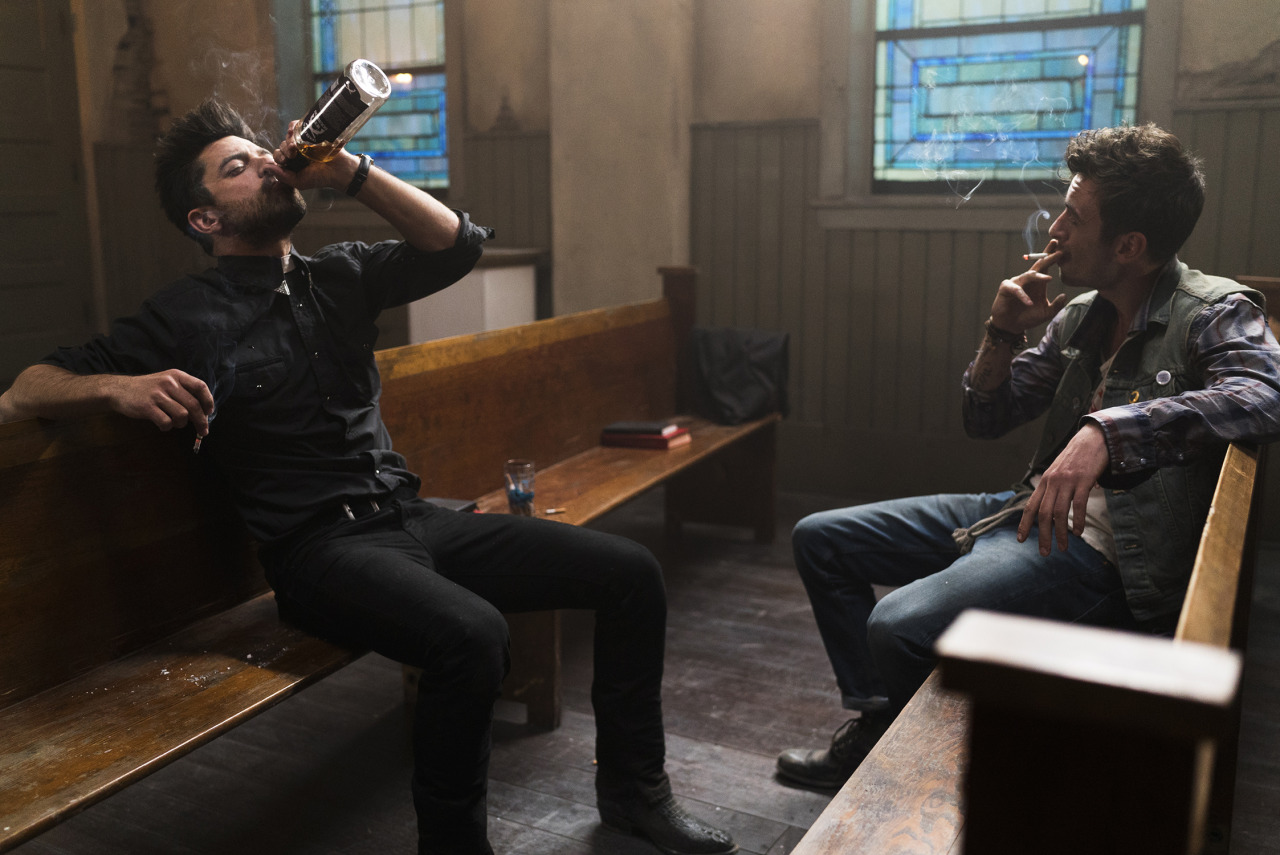 Two weeks ago, I wrote an article in response to the Preacher premiere. I was underwhelmed, to put it bluntly. This was a series I had been waiting on for years. Preacher was, and is, one of the greatest comics ever published. The story, the characters, and even the basis of the entire world is nearly flawless. So of course I was put off when I realized how far the pilot strayed from the source. That doesn’t mean it was bad. It was definitely entertaining. The first episode just seemed to be a different story featuring familiar characters.

Jesse has been possessed by the Genesis. He’s learning to control the word of God. We have the main cast assembled. By all logical reasoning, the storyline should have kicked off by now. Instead, what we get is more unexplained violence. We get Tulip repeatedly reminding us she’s a bad ass. We get Jesse still trying to be a preacher. The audience doesn’t even know what the Genesis is at this point. What’s Jesse’s mission? Unless I’m to believe that the entire season will just be Jesse trying to be a good preacher, then count me out.

That’s not to say the episode was without merit. Just like the pilot, we get some heart-tugging moments with Eugene. They still haven’t approached the problem of Nirvana’s irrelevance in his story, but they’re using his potential. We also see Cassidy shine again. When angels come to collect the Genesis (i.e. dissect Jesse), Cassidy charges into the fray. He manages to disarm and “kill” the angels. When he goes to bury the bodies, he’s met with sunrise, and we finally see some of his limitations. This was only briefly addressed in episode one. Episode two has some great minor details, like Cass avoiding sunlight streaming through windows, and desperately sucking blood off the floor to heal himself.

While those two characters held over well, Tulip and Jesse did not. As stated, Tulip’s action simply revolves around her doing an inconsequential badass thing, then disappearing for a while. She makes some sex jokes, she plays some poker, and then finally kidnaps Jesse. While this definitely seems important to the plot, he’s immediately released, as it was just a joke. I believe the writers were trying to use this philosophically. She knocks him out and puts a chain around his ankle. She then reveals that Jesse’s chain is bolted to nothing, affirming that “There ain’t nothing keeping you here.” While this is loaded and symbolic, it really does nothing to further the plot. It barely does anything to further Jesse’s character. The only purpose it serves is to slowly whittle down Jesse’s resolve. Judging by how the episode plays out, it is going to be VERY slow.

As far as Jesse goes, he doesn’t really do much. The episode revolves around him accidentally using the word of God to quiet a dog, then he uses it to scrub a pedophile’s brain clean. While the latter sounds entertaining, the scene is quick. He breaks into the man’s house, hits him once, then “baptizes” him in the bathtub. During this, he screams “Forget her,” in reference to a potential victim. The man literally forgets her, and Jesse leaves. The episode ends with him in the midst of intentionally using the word of God for the first time, and it cuts out. Basically, it cuts out before we actually see the protagonist do anything.

Overall, this episode is weaker than the pilot. According to Eric Goldman of IGN, who has seen all of the first four episodes, this is the weakest. From that, I can only hope it’s all uphill from this point. It’s a shame that the start has been so slow, but as I’m a sucker for Jesse’s story, I’m going to cross my fingers and keep watching. If you missed episode two, AMC will be airing it again this Sunday at 7:55 pm (and Friday at 2:15 am for the night-owls).