Popular on Kickstarter: The Basics Notebook 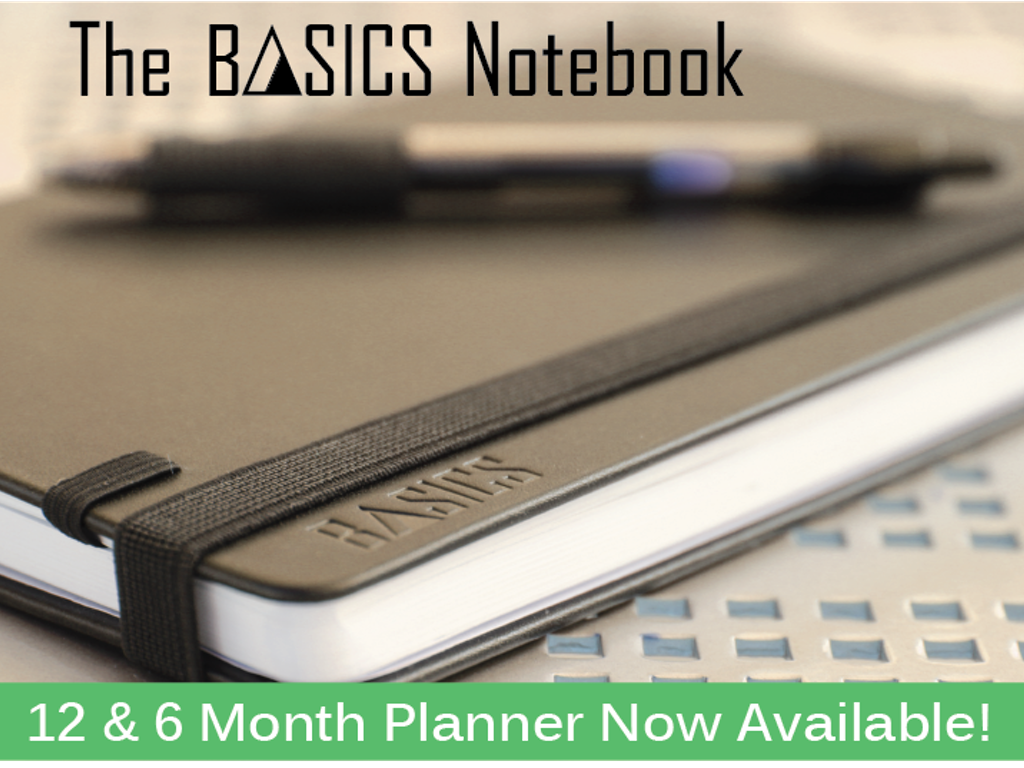 Searching for the right notebook can be a time-consuming, expensive activity. There are so many brands out there and so many options for size, paper type, color, and cover material. Cousins Jon Richards and Jacob Durham are developing a notebook on Kickstarter, which they believe could be the product many notebook-seekers are looking for. It has everything notebook-users need all in one place. They call it the Basics Notebook. While designing their popular Basics Wallet, which was also developed through Kickstarter, Richards and Durham noticed that they were going through a lot of different types of notebooks and paper while planning. They used lined paper for ideas, planned on calendars, and drew on plain paper, and they began to wish they had notebooks with all of these features in them. So they decided to create one.

The result: a highly useful and practical 5.5″ x 8.75″ notebook that has a variety of functions. Made of faux leather, the outside of the Basics Notebook is designed so that a pen can fit between the elastic closure and the tops of the pages. The inside, which has 220 pages, contains three sections, each with its own ribbon marker. The first section is a planner, for which there is a six-month and twelve-month option. A separate, thinner elastic band attached to the front of the notebook can be used to mark a certain page of the planner so that the user can immediately flip to it.

The second section consists of 111 pages of lined paper, which can be used for notes and jotting down ideas. The third section has 16 pages of blank paper which can be used for drawing, diagramming, and more. The Basics Notebook even has a back pocket (like many high-end notebooks do), which contains whiteboard paper. Richards and Durham say that this is the first notebook of its kind. So if you’re looking for a good notebook that stands out from the rest, this may be a good project to support!

The Basics Notebook has attracted almost 5,000 backers and has gathered over $200,000 in pledges, 20 times its original goal of $10,000. Because of the massive support for this project, the creators have set up “Stretch Goals.” If they can collect enough money in pledges by the end of the pledging period, they will make Basic Notebooks that come with perforated pages, dot-graph paper, and an included pen. They’re even willing to make the notebook in a color other than blue or black if they can get enough money and support. Additionally, to show gratitude to their supporters, they’re offering a 20 percent lifetime discount to people who pledge and preorder the Basics Notebook.

Richards and Durham are firm believers in the power of ordinary pen and paper to spur creativity, enhance organizational skills, and help people get things done easier and more efficiently. So they designed the Basics Notebook to help their customers, everyone from businesspeople to students, improve their lives. They’ve gotten comments that creating a notebook is a step backward in technology, but they believe that it’s a step forward in using a tried and true tool alongside technology. They believe that this notebook can help its users be more productive and more successful, and they are confident that it will be a success.

The Basics Notebook project ends August 29. So if this is a project you’re interested in, head over to Kickstarter to learn more and give support!

New ‘Fallout 4’ Gameplay Details Will Give You Life