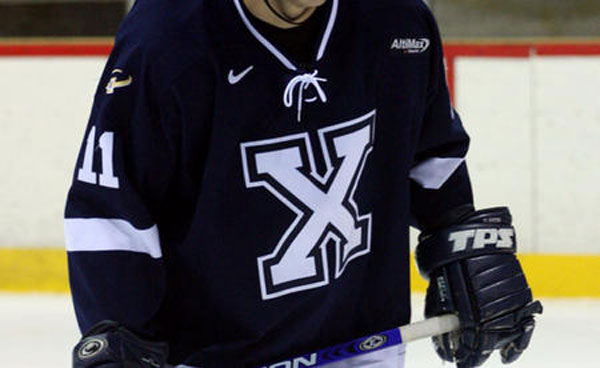 A lot changes in four years. But no matter the situation, I seem to always think the same things around this time. Firstly, I should learn to speed skate. I think I would be good at it. Second, why don’t I go skiing more? It must be Winter Olympics time. And if we can get past Bob Costas and his crusty eye, there’s everything from curling to hockey and bobsled to enjoy. But the athletes are human, how pedestrian of them. What if we opened up the field to a fantasy universe like Marvel Comics? In Marvel, there is only one place where the characters would have enough time to perfect a sport, Xavier’s School for Gifted Youngsters and Olympic Training Center. Using the movies to narrow down our character options, these are our picks for the X-Men Winter Olympic team.

The Games of the 22nd X-lympiad

Obviously Ice Man would be our first pick for any of the Winter Olympic sports. The guy can produce and also turn himself into ice. But Luge would be as good a choice as any. In a sport where reading the ice is so important; his precision knowledge of the stuff would be very beneficial. I’m not saying our pal Bobby is crooked, but he could also speed things up a bit by adding some new ice if need be.

With Canadian heritage, Wolverine has plenty of experience in the cold weather. Maybe he hits the slopes, maybe not. But his mutant healing power and adamantium skeleton make Logan indestructible. So the risk involved in dangerous downhill skiing would be absent. This leaves Wolvy to fly down the mountain with no fear of falling. What’s the worst that could happen? He breaks his skis? So expect some world records to be broken.

She could represent a number of countries, but waving the flag of her parents’ native Kenya, Storm has the grace and intensity to conquer the moguls. After having the strength to grind through the mogul portions, the aerial tricks should be no problem. Lots of X-Men can fly, but the flapping of Angel and the screaming of Banshee would be sure deductions from the judges. Storm is a graceful flier who can roll in some fog to hide any imperfections.

The guy is in pretty good shape I imagine, so the skiing should come fairly easy to him. But when Agent Zero gets to the shooting range portions of the course, he’ll be unstoppable. Never missing a shot and pulling the trigger at record speeds will put some distance on the competition. He might not even need to stop to take his shots.

Figure Skating (Deadpool- Canada and Mystique- United States)
The first thought with this pairing is their athleticism and acrobatic skills. But on second thought, what an awesome pair this is. Deadpool, the jokester of the Marvel universe, would not miss the opportunity to go crazy with the over-the-top outfits of figure skating. His mutilated visage in a pink tootoo has a familiar look to it. Mystique, while being less fun, would make a great companion on the ice. She could even change into a bigger person to throw her partner. She could play both roles. How can anyone compete with that?

Now we get the brain trust together to toss some stones down the old curling sheet. A lot of empirical thinking is involved in curling. So the chess regulars, Professor X and Magneto are a logical fit. Xavier’s buddy Moira seems to make sense also. She’s a geneticist in the comics and a CIA agent in “X-Men: First Class,” but we’d take either version on this team. Curling is a subtle sport, but the big, blue, Beast would still do quite well with it. His sweeping skills would be top notch. Having four strong thinkers on one team would mean positive results from the X-Men curling team. If all else fails, Magneto could slip a piece of metal under the handles of the stones and make things very easy for them.

So who did we leave out? There are so many X-Men, this was a tough choice. What if we were to expand the roster to all of Marvel Comics? Imagine a ski jumping Hulk.