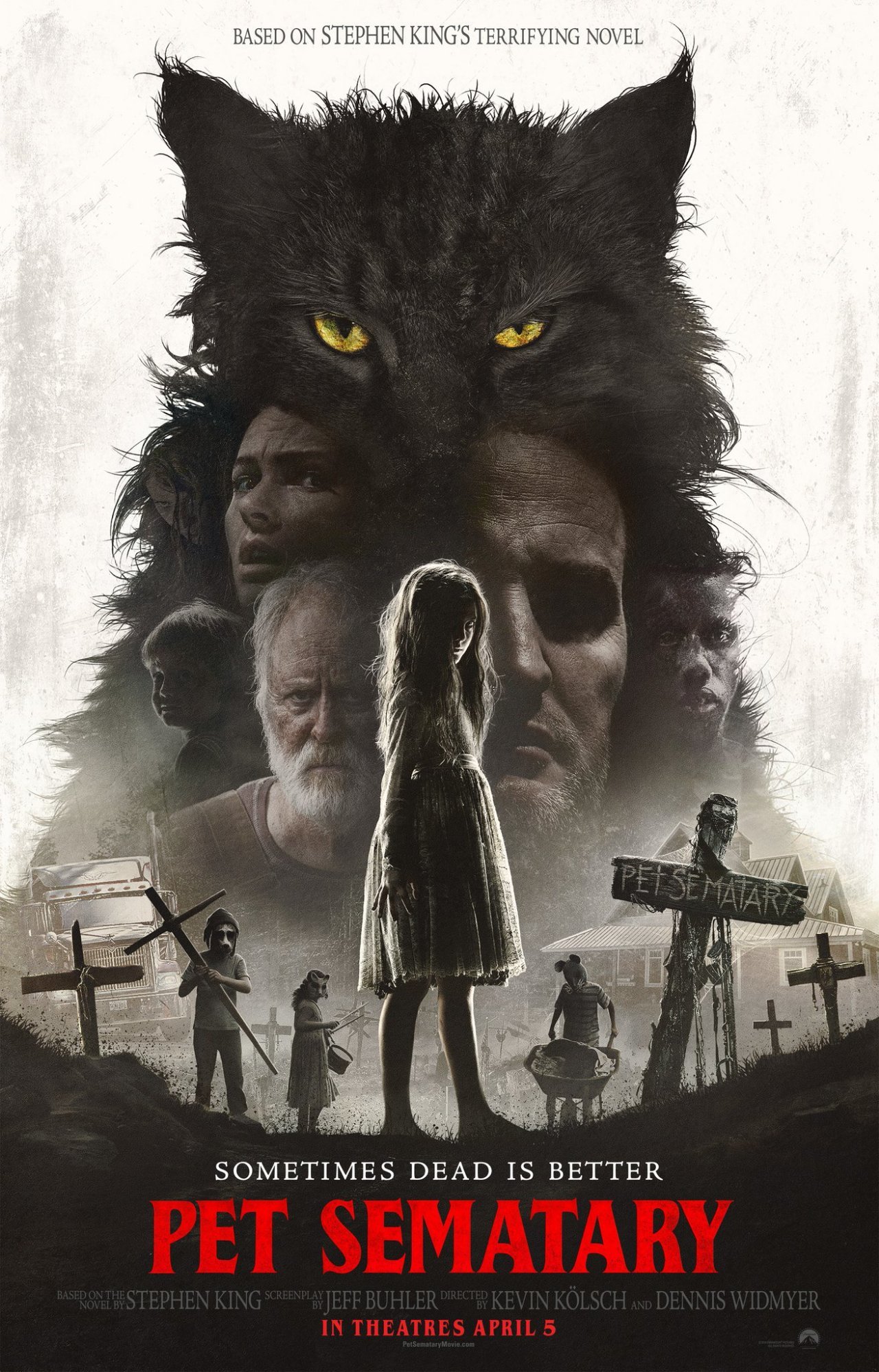 I have watched the newest Pet Sematary trailer three times in the past two hours. I don’t know if that is a healthy number of times to watch a trailer, but I choose not to delve too deeply into the psychological implications of my compulsive re-watches. It’s legitimately great, which I’m going to count as justification enough.

You might point out – and rightly so – that the original Pet Sematary movie is quite good, and as such, a remake seems superfluous. But the second trailer immediately goes a great distance towards justifying itself. Let me say well and fully in advance: spoilers galore. The new trailer basically spells out the entirety of the plot, so if you want to go in green (not a bad idea), please don’t watch the trailer, and – as much as this pains me to write -also don’t read the rest of these words. They will ruin it for you.

In the span of two minutes, we are given a condensed view of the movie as a whole: young family moves to New England (because this is Stephen King we’re talking about), meets John Lithgow who explains the local pet cemetery to them, Church the cat gets killed and resurrected (busy day for that cat), but comes back not quite right, child dies, gets resurrected, chaos ensues. Anyone familiar with the movie or book knows that this is the greater part of the complete story. Fortunately, there is also the hint of a wendigo -something left out entirely of the Mary Lambert movie – as well as a quick glance at Zelda, who promises to be a stone cold nightmare.

However, the trailer’s most divisive reveal will undoubtedly be that the child who dies is Ellie and not baby Gage. There are bound to be purists out there who resent that development, but it’s a really interesting choice that I’m excited to see play out – an eight year old has more agency and also more acting range. There are also glimpses of some genuinely creepy animal masks worn by some equally creepy children (undead? I’m assuming undead).

Stephen King adaptations have a troubled history – they’re mostly awful, but when they’re good, they’re great – and the best ones have primarily been straighter dramas. The trailer for this Pet Sematary looks completely terrifying. It has certain little hints of Hereditary to it (which makes a lot of sense – Hereditary owes a great deal of its DNA to Pet Sematary) and a really, truly gnarly soul beneath all that prestige shine. This teaser, with its surreal undertones and nightmare imagery, suggests that this could be the diseased, poisonous re-imagining of a King story we’ve all hoped for. We’ll find out on April 5th, just how badly we’ll miss that Ramones theme song.