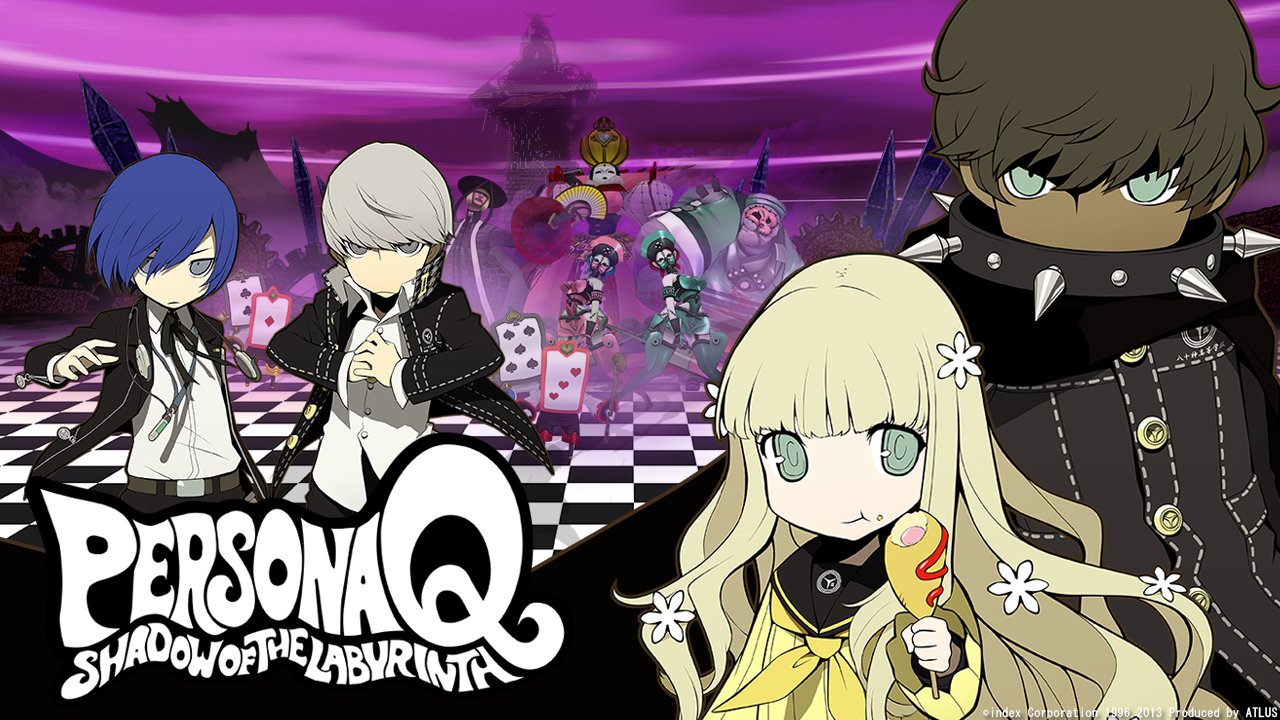 Next Persona Game Gets a Release Date

Well it’s official, the next game in the Persona series, Persona Q: Shadow of the Labyrinth will hit shelves on November 25th on the Nintendo 3Ds, the first time the Persona series has been released on a Nintendo platform. This game will be a mash-up of the new and the old: familiar characters from Persona 3 and 4 will take the stage with a new area similar to the TV World or Tartarus from the previous games. The art style itself will be taking quite a turn as well, if you don’t believe me see for yourself.

The main reason for the new additions, such as the art style, is due to the fact that for this game the Persona team worked with the developers of Etrian Odyssey, another Atlus game. Persona fans should not worry, this game is still going to be a dungeon crawler RPG that also focuses on its characters backstories and eccentricities, however it will be first person this time around. The story for Persona Q will be completely original and set at Yasogami High School, the setting of Persona 4. It seems that a mysterious labyrinth has appeared under the high school and the SEES members from Persona 3 have been transported to Yasogami via the iconic Velvet Room. Eventually the two teams from Persona 3 and 4 meet up and there is a mystery afoot! Persona Q will have the familiar faces from the previous two titles as well as new characters Zen and Rei, two mysterious individuals who have lost their memories and might be the key to escaping the labyrinth.

The player will apparently be given a choice to follow either of the two Protagonists and that their choices will unlock different even scenes. The paths of either of the Protagonists will be different from the other, meaning there will be a decent amount of replay value.

Some Updates to Combat and Dungeon Crawling

While traversing the mysterious labyrinth under Yasogami High School, there will be some new aspects to gameplay. The player will have to rely on a map on the touch screen and will have to mark the map to indicate treasures and possible secret passages. Also as seen in the pictures below, it seems that the player will have a team of five, as opposed to the traditional four team (including the protagonist) members used in the past two games. Lastly it seems that the “wild card” ability that was unique to the main character/protagonist in Persona 3 and 4 will be shared will all of the teammates in Persona Q. In other words, each character will have multiple sub personas to use in battles.

The new “chibi-centric” art style of Persona Q  can be a bit off putting when first viewed and might give Persona fans misconceptions about the game being over-cute and cheesy. However looking at the opening video above, it seems that there will be some creepy and serious bosses and cutscenes to look forward to, keeping the light hearted yet mildly dark themes of the previous Persona games. A crossover between the two most recent Persona games has a whole bunch of potential to be a great game for both Persona fans and newcomers alike, however whether that potential will be realized is the true question that will be answered in November, so here’s to hoping!