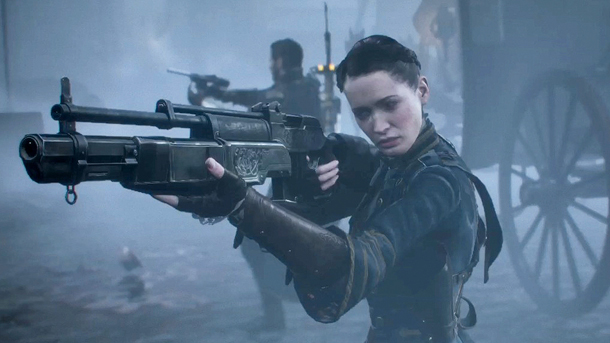 With violin music hauntingly reminiscent of the American McGee’s Alice series of videogames and visuals so pretty you want to take them out on a date, the preview of The Order 1886 is here. But is it enough for you to pre-order? Or is it all just good looks and not much else? 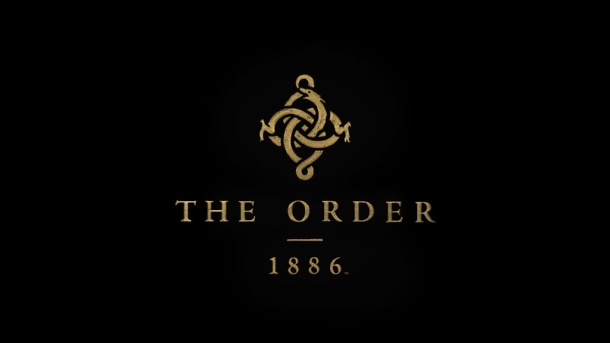 The new trailer is just as enticing as the first trailer, which was shown back at E3. Remember this?

Of course you do. It’s beautiful.

However, with a release date as foggy as the in-game London (“some time in Fall”) doesn’t fill me with confidence. For a start, using seasons to denote when something is being released is silly because the seasons aren’t the same everywhere.

But it’s more than just the not quite buttoned down release date. It’s the March release of the Goliath that is TitanFall (yes, I did play the Beta. Yes, I think it will kill Call of Duty and it’ll use a mech to do it), Elder Scrolls Online’s release just after that. Plus all of the other games that have firm release dates and have been campaigning for our affections for months now….With so many great looking games coming out this year, whether the leaves have turned brown or not, it’s difficult to see where The Order 1886 is going to fit into a gaming marketplace bursting with awesome.

Until you watch the latest trailer-

I smacked myself up side the head for being a naysayer, how can anything this beautiful NOT be loved by thousands, if not millions, of gamers.

But is The Order More Than Just A Pretty Face

Along with the trailer, Playstation Access  interview with Ready At Dawn Co-Founder Ru Weeransuriya has been released. So, if you’ve missed any important details about The Order, the interview covers the basics of what the game will be about, why it’s not classed as ‘steampunk’ and what gamers can expect to find themselves playing.

And unfortunately, this is where the game starts to show signs of becoming unstuck.

I’m not saying The Order 1886 still isn’t going to be a great game, or that Ready At Dawn haven’t done a huge amount of work already to make it a fully immersive game. When it is done, I have no doubt that The Order 1886 will be one of the most visually stunning games to date.

But the trailers have always shown four main characters which, certainly in my mind, insinuated that there would be four characters to choose from. Not just one character. But one character is all we’re getting.

That’s a dude’s name, is it? This means I don’t get to play a lady person with a gun….

And the reason why we can’t have the choice to play all four characters shown?

“We did not want to dilute the message by having all these different storylines having to meld into one single major plot,”

Yeah, I was thinking that, as I was running through Skyrim trying to join the Thieves Guild, I thought “Gosh, I hate all of this extra content and story lines I get to explore. It really takes away from those times when I also get to kill dragons. This is terrible”.

No it’s not. I want to meet the cool lady with the big gun.

But their reasoning is that they want the game to be immersive. It seems the philosophy behind all of this is to focus on one character, to aid that immersion.  It wouldn’t be the first time I have to ‘immerse’ myself into a game where I’m a dude. So, maybe they have a point….

But then, I saw the answer Weeransuriya gave to a question posed by The Edge, of whether or not you can explore alley ways, which is a bit of a given if what we’re talking about is an ‘immersive’ gameplay experience-

“I love to explore the environment so long as it gives you something back. Yes, we’re trying to do some of that, but the reality is that it’s a singleplayer game that takes you on a ride, and we don’t want to compromise that ride.”

…. The immersive ride, where you have ‘some’ exploring of your environment but not a whole heap of it?

After all that, should you pre-order The Order 1886?

The answer is really just the difference between haunted houses and rollercoasters.

If you’re the kind of person who gets their thrills exploring haunted mansions, or dark alley ways, or just being able to move around as freely as you like then The Order 1886 doesn’t sound like it’s going to tick all your boxes. It will be a load of fun, I can tell that just by the trailer. But at best, it will be more like a Lara Croft storyline where you go from one chapter to the next, rather than something like Skyrim.

But if you like rollercoasters, because you enjoy being strapped in and taken on a ride that’s going to blow your mind? Then the latest trailer of The Order 1886 should be more than enough to convince you to get the pre-order.