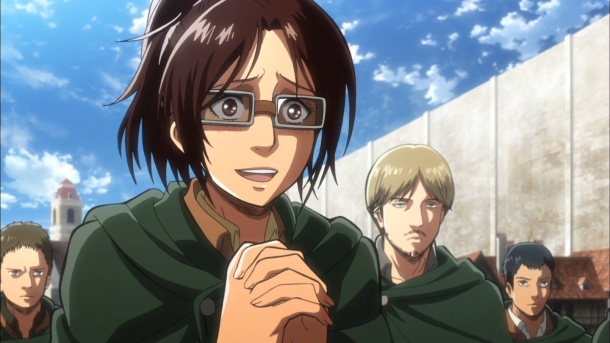 What’s better than an anime about a post-apocalyptic world with giants that eat people and a group of kids just trying to save what’s left of humanity and hopefully get out of this whole mess alive?

The opportunity to pretend you’re part of it!

Join the Survey Corps For Real

“Real Escape Game” company, Scrap, are putting together events in Japan that will mimic a real-life situation that you could be faced with if you actually lived in the Attack On Titan universe. Which, if you watch the anime, you realize is pretty much this: you think everything will be okay and then a giant who doesn’t really need to eat your friend but wants to anyway just because that’s how it rolls, appears and bites your friend’s head off.

Scrap is not providing you with real giants who want to eat you (which is probably a good thing, if you think about it) and there’s no Three Dimensional Maneuver Gear either (which is terrible and heartbreaking no matter what way you cut it).

Instead, you and a group of your friends run around a stadium and solve clues. Each clue gets you closer to the exit. But, the closer you get to the exit, the harder the clues get, and time is running out….

The success rate for these events can be as low as 5.4% of the entire ‘population’ participating in the event actually managing to escape. Though some events have had success rates of almost 20%. If they’re going to make the puzzles and the chance to escape in line with the absolutely devastating death toll in Attack On Titan, then these Attack On Titan events will probably have some of the lowest success rates ever!

Judging from the video on Scrap’s website, the ‘real life escape’ is a lot of treasure hunting mixed with some pretty intense clue solving. It may not be everyone’s cup of tea. But then, Dungeons and Dragons is just a group of friends sitting around a table and rolling die. The thing that makes it worthwhile, is using your imagination. So, I’m fairly confidant that we’ll see pictures of people who’ve decided that they don’t need Scrap to provide their 3D devices, they’ll bring their own!

I’m sure if the participants choose to Cosplay it up it will be intense. In the middle of a really difficult puzzle, they could start talking to themselves about the fragility of the human mind. Just as they get to the final puzzle, with seemingly only seconds to spare, they could splash themselves with red paint and stare off into the distance for a painfully long time, only making clicking noises, before screaming that they will defeat all the Titans! That should help to create the atmosphere of actually being in Attack On Titan.

At the moment, it’s all just happening in Japan with events beginning in May. Which means as if getting your picture taken with the 1 to 1 scale Gundam wasn’t enough reason to get yourself a passport and head to Japan, now there’s an even more pressing reason!

We poor souls in the rest of the world where it’s not happening will look at you with growing jealousy, while making our 3D maneuver gear for the next Cosplay event and wishing there was a release date for the Attack On Titan 3DS game in our country…..