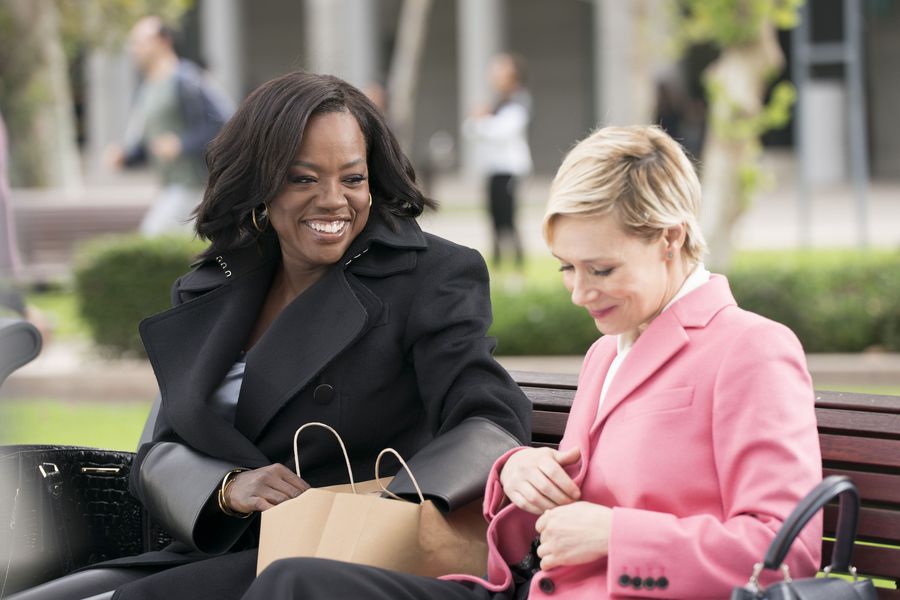 This week, HTGAWM continues to explore basic ethical questions that apply, not just to the legal profession, but to everyday life. I have no doubt there are law professors that have made this show required viewing for their students as an example of what not to do as a practicing attorney. But if you ultimately help people who truly deserve it, and you change the entire criminal justice system for the better, does it matter if you break a few rules (or a few people) in the process?

Annalise doesn’t seem to think so. She’s convinced that you can’t be a nice person and change the world at the same time. And maybe she’s right. The very qualities that make someone an effective leader—tenacity, decisiveness, intense focus—tend to be things that are incompatible with healthy relationships. When you’re focused on the big picture, you don’t have the time, or even the desire, to worry about how your behavior affects those around you. And while it’s never fair to overgeneralize, we’ve all seen examples of those who accomplished great things while alienating family and friends in the process. Annalise certainly fits that description.

She’s fixated on large-scale criminal justice reform, and she’s making considerable progress despite the governor’s best efforts to slow her down. She’s won a new trial for Nate Sr. (the “face case” of her class action), and she’ll be able to present an insanity defense on his behalf now that he’s passed his psych evaluation. But she has to convince him to lie to get the desired result. Is that okay? Technically, no. But what’s more important—honesty or justice? In an ideal world, the two would always be compatible. But totally honest answers would most likely lead to another conviction and more jail time for Nate Sr., who’s already been through years of hell. Is the truth worth that? Not an easy question to answer.

But life can get pretty lonely when you push everyone away. Annalise struggles with the question of whether to tell Bonnie that her son is still alive, and she initially resists despite Nate’s insistence. So why does she ultimately tell Bonnie? Is it because, despite her protests, Annalise really does need someone to take care of–someone to share her life with on more than just a superficial level?

Bonnie’s devastated by the news, which is completely predictable. And the sad part is that Bonnie’s just beginning to show signs of happiness, which is something she’s experienced very little of over the years. Her relationship with Miller is going well, and she’s even ready to go public with it (which is a huge step for her). The last thing she needs right now is to hear that the child she had because she was raped at age 15, and who’s presumed dead, is still alive. On top of that, she feels betrayed by Nate Jr., who’s just trying to help her reconnect with her son like he has with his dad. Just a bad situation all around—hopefully it gets better.

I don’t know if telling Bonnie is the right call here, but I think Annalise’s reason for doing it is a pretty selfish one. Their relationship has always been very complicated, and Annalise seems to take advantage of Bonnie’s emotional dependence on her whenever it’s convenient. Eventually, she’ll get pushed away again—just like everyone else.

Loneliness is kind of a common theme this week. Asher is another one feeling cut off from the world, but, in his case, it’s not by design. He’s not a part of the law clinic, and his break-up with Michaela means he’s not really a part of that social group anymore, either. His misguided effort to reconnect with Bonnie is sad to watch. What he needs to do (for his sake, not hers) is forgive Michaela for cheating on him so he can rejoin the group. Asher needs his friends right now.

Speaking of Michaela, she’s still determined to win back Teegan’s approval, even if it means staying up all night to dig up blackmail material to lock in a potential client. Yes, Ruth Stevenson is an awful person—well, maybe not so much “awful” as simply “clueless” (which, according to Annalise, doesn’t make her money less green). Either way, she probably deserves to be taken down by Michaela (who’s becoming more and more like Annalise each week). But Teegan isn’t Annalise, and she doesn’t want to win that way. No doubt Teegan bent a lot of rules for Jorge Castillo while he was her client, but maybe she’s learned from that whole experience and wants to start doing things the right way. Good for her.