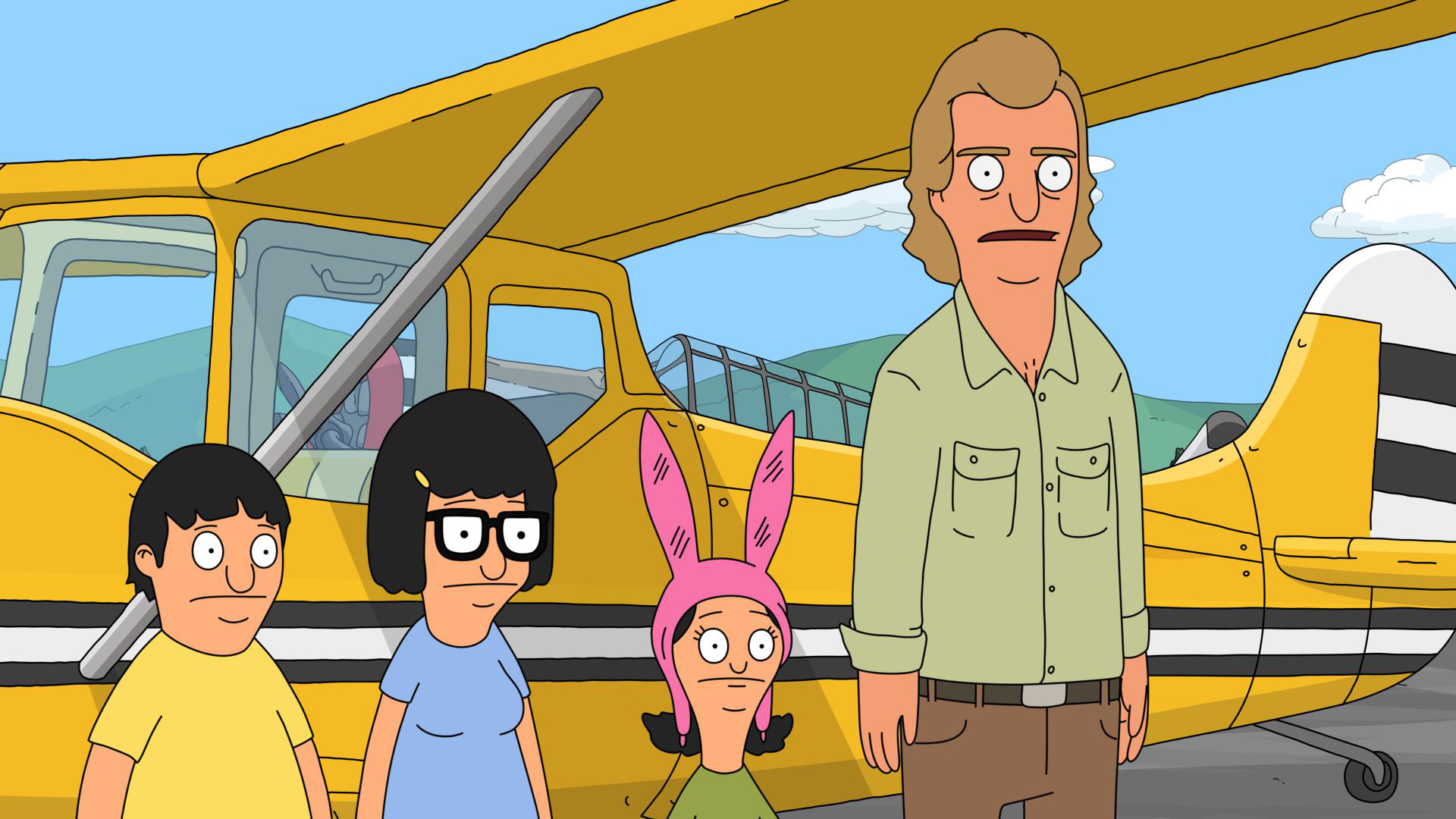 Kids think they know everything.

(And, yes—I know those sound like the words of a grumpy old man. But, in my defense, I’m kind of old. And I’m usually grumpy. So, I guess if the shoe fits—it’s probably orthopedic.)

So it’s nice to see them realize that even the lamest adults do get something right every now and then.

Mr. Frond is, without a doubt, one of the worst teachers in animated sitcom history. Putting kids in a truly terrible video to impress your fellow guidance counselors is one thing. But letting the other kids see it after promising that it wouldn’t get out at school? And all that just because you couldn’t be bothered to lock your computer before going to the bathroom? That’s pretty bad.

So you can’t really fault the Belcher kids for wanting to get revenge. What’s even better is who they go to for help—former water plane pilot Kurt Enerny, who now flies advertising banners. You may also remember him as the guy who tried to seduce Linda a few seasons ago, but that’s all in the past. Kurt’s ready to help the kids get revenge on Mr. Frond if they’ll help him get revenge on his sister, Laverne Enerny.

Of course, Laverne is just as eager to get Kurt, because they both believe they’ve been slighted. But, as it turns out, their dad was just a really bad parent who pitted them against each other and fostered an unhealthy sense of rivalry so that they’d be stronger people. Or maybe he just liked messing with them. Either way, it turns out that Mr. Frond’s corny video message about feeling empathy is just what the two of them need to put their relationship back together. It’s still an awful video, but there’s a valuable lesson hidden under the almost unbearable rhymes.

So the kids decide that they don’t want to trash Mr. Frond’s reputation after all. At least not this week. I’m sure they’ll try again at some point. Because, despite this one shining moment, Mr. Frond is still a truly awful guidance counselor. Just the worst.

Meanwhile, Bob, Linda, and Teddy are building paper airplanes to throw at, and into, various appliances (the idea being that you win an appliance if your plane lands in it). Of course, Bob (in true Bob-like fashion) goes overboard, buying overpriced paper and a how-to book from paper airplane expert Barry B. Foldin’. They don’t get the washing machine they wanted, but they do get a blender. Which is more than you would expect Bob to win. So that’s progress.