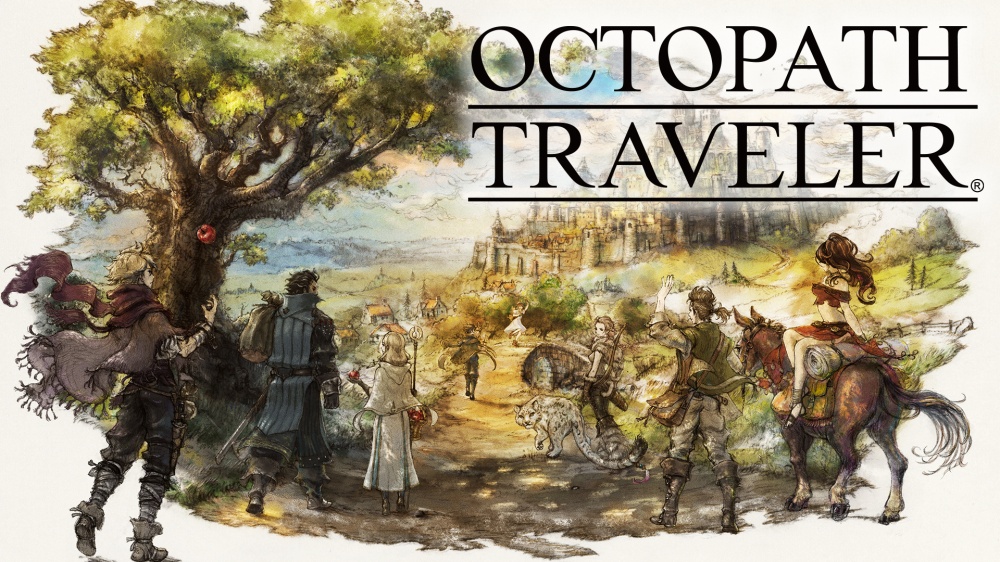 Last September, Nintendo released a Direct that featured a new game demo for a working title: Project Octopath Traveler. Octopath’s development team made the hit 3DS game Bravely Default. From the game’s first impression, it was heralded for its gorgeous art style. The developers have termed their design approach as “HD-2D.” Think 16-Bit character polygons joined with high-definition background environments. Sort of a neo-retro feeling. It’s everything you would expect from regular JRPG fare with a slight twist.

A few weeks ago, with their most recent Nintendo Direct, Square Enix and the Octopath team unveiled an official release date for the game: July 13, 2018. The Octopath team have worked tirelessly, taking in lots of player feedback to better the game and fix any flaws. The Nintendo Switch’s library has been in dire need of some solid JRPG experiences. There have been a couple forays into the genre, but nothing too exciting or groundbreaking. I am Setsuna, Xenoblade Chronicles 2, and Lost Sphear are all decent releases which should scratch the roleplaying itch until Octopath Traveler is released.

Characters: What We Know

Octopath Traveler is shaping up to be a sprawling adventure. The player chooses one of eight different characters.  Each character has a unique ability which determines the diversity in each play-through of the game. Characters have their own origins, storyline, and dialogues. The playable demo released back in September 2017 featured two confirmed characters: Primrose Azelhart and Olberic Eisenberg. Later announcements confirmed two more characters: Alfyn Greengrass and Tressa Corzone.

I am expecting to see some of the usual kinds of classes for the characters. Different varieties of healers, black mages, and warrior/melee types. Primrose, a dancer-type, has the ability to persuade NPC’s to follow her. She can summon them to aid her in battle and help her with quests. Olberic is a warrior-type, who can challenge almost any character to a duel. Alfyn can use his “Inquire” ability to get discounts at hotels and shops. His ability can reveal the locations of hidden items. Tressa can use her “Purchase” ability to buy items from other characters’ personal inventory.  Differing abilities yield results that likely will affect the story progression.

Gameplay: What We Know

The game mechanics seem to follow the model set by JRPGs in the past with a turn-based system, special attacks, and a “boost” mechanism. The “boost” command collects points throughout battles. If enough points are accumulated, you can bolster your attack stats. You can even heal a party member on the brink of death. The battle sequences look really sleek. The gameplay seems engrossing and compelling. I imagine there will be plenty of menu-based interaction, which I’ve always been a fan of.

Check Out the Demo, Preorder!

Youtube has extensive gameplay footage for the Octopath demo. Be sure to check those out here and here. If you have a Nintendo Switch, you can download the demo now in the eShop. The game can be preordered on Amazon, and Nintendo is also offering a Wayfarer’s Edition for the collectors out there. BestBuy is currently offering it for $99.99. Octopath Traveler looks to be a great addition to the Switch’s roster. Fingers crossed that this one lives up to the hype. The game is framing up to be one of the best Switch releases this year.