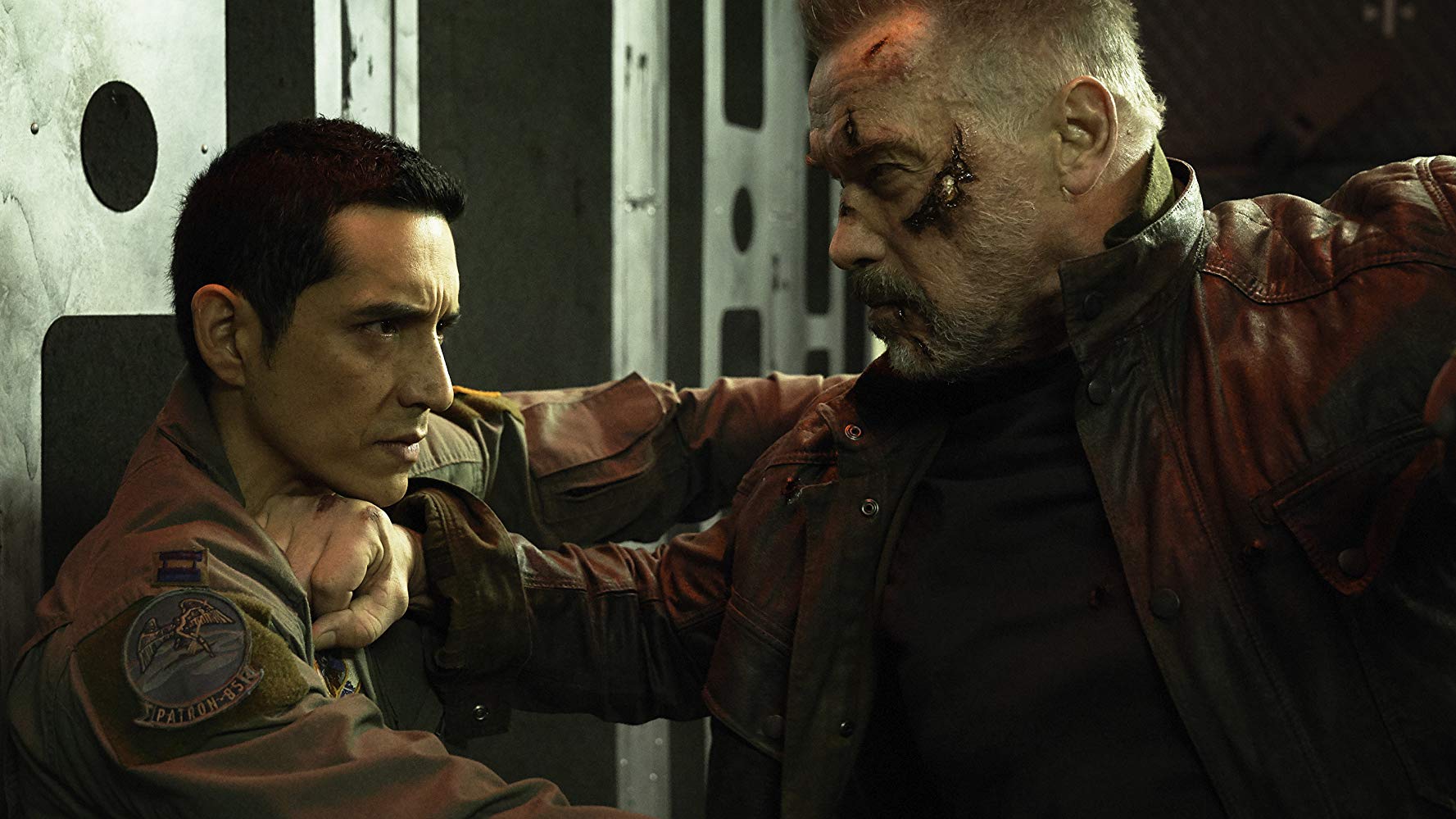 It’s difficult to predict how movie theaters are going to pick and choose which of the massive list of November movies they are going to put on their screens. In addition to the carry-over from October, there are 16 wide release movies coming out this month. Not to mention the limited and special event titles popping up. But amongst the surplus there are some bonafide hits to consider. Here is our full November movie preview.

I am sorry to have to tell you this but Arctic Dogs is not a remake of the 2002 Cuba Gooding Jr. family comedy Snow Dogs. This one is an animated comedy featuring the voices or Jeremy Renner, Heidi Klum and Alec Baldwin. Renner plays Swifty, a small arctic fox who dreams of becoming a top sled dog delivering important packages. After being rejected, he takes matters into his own hands by taking on a mysterious package.

Cynthia Erivo takes on the role of abolitionist hero, Harriet Tubman in Harriet. The film follows her journey from her own escape from slavery to her dangerous mission of saving hundreds of others. Leslie Odom, Jr. and Janelle Monae costar.

Edward Norton’s new drama, Motherless Brooklyn has been receiving a lot of buzz. Norton directed the film while also writing and starring in it. Taking place in the 1950s, Norton plays a private investigator with Tourette’s Syndrome. His task throughout the film is to solve the murder of his friend, played by Bruce Willis. Willem Dafoe and Alec Baldwin co-star.

Creating continuity in a time travelling franchise can be difficult. I don’t envy sci-fi writers there. But there is no point trying to make sense of the timelines for the Terminator franchise. Some movies are disregarded, others replace certain plot points. It’s just a mess. Here’s what you need to know about Terminator: Dark Fate. Arnold Schwarzenegger and Linda Hamilton reprise their iconic roles. A new deadly Terminator played by Gabriel Luna is trying to kill a little girl. It’s up to the good guys to protect her. Explosions ensue. Sign me up.

Our second Stephen King sequel film of the fall, Doctor Sleep stars Ewan McGregor as the now grown up Danny from The Shining. When he meets a young girl with the same powers as him, he feels compelled to protect her from a cult who exploits such children for immortality’s sake.

Emilia Clarke has moved on from her dragons to star in the Christmas dramedy Last Christmas. I’ll let you decide if November 8th is too early for a Christmas movie to hit theaters. But either way, we’re getting one. Clarke plays a woman down on her luck working as a department store elf. When she meets Tom (Henry Goulding), they have an instant connection and things begin to look up. Tom sure seems pretty awesome. Too awesome? Is he a good looking Santa Claus or something? Your guess is as good as mine.

A team of elite firefighters who are brought in to save lives in the most dangerous situations are faced with an entirely new scenario. Playing with Fire has that team tasked with watching over three kids they rescued while their parents are located. It’s actually a family comedy even though the premise doesn’t sound like it. John Cena, Keegan-Michael Key and John Leguizamo star.

It’s been a few years since a Charlie’s Angels remake. So I guess it’s time for another one. There has been some hype around this new one with Elizabeth Banks writing, directing and starring. The Angels are played by Kristen Stewart, Naomi Scott and Ella Balinska. The plot has a broader organization of female agents operating around the world and taking on dangerous missions and bad guys.

After years of racing domination by Ferrari, Ford and car designer Carroll Shelby embark on a mission to beat them in Ford v Ferrari. Taking place in 1966, the true story pairs Matt Damon as Shelby with Christian Bale who plays abrasive race car driver Ken Miles. It’s hard to think of a big car company like Ford as underdogs, but that was the story leading up to the 24 Hours of Le Mans race in 1966.

The Good Liar matches acting royalty as Ian McKellen plays a career con-artist, whose latest mark is a wealthy widow played by Helen Mirren. McKellen’s character begins to fall for the woman. But something tells me she isn’t the clueless damsel she is originally perceived to be.

Tom Hanks transforms into children’s television icon, Fred Rogers for the biopic A Beautiful Day in the Neighborhood. The film follows a journalist (Mathew Rhys) as he spends some time with Rogers to write a profile about him. Now that the children who watched Mister Rogers’ Neighborhood are adults, myself included, this movie sure looks to be an emotional experience.

When you have a three-year-old and have seen Frozen as many times as I have, you begin to notice certain things that don’t come up on first watch. For example, are we ever going to address how this girl ended up with superpowers? What’s the deal with the weird comic relief rock trolls? Or how about the fact that the dudes who cut up ice just lost Christoff when he was a kid and never looked for him? That last one might never be answered, but it looks like the first two are going to come up in Frozen II. The group go on a journey to an “enchanted land” to save their kingdom and get some answers about Elsa. Expect this to be the big earner among November movies.

Chadwick Boseman stars as an NYPD detective in 21 Bridges. A pair of criminals kill eight police officers and it’s up to Boseman’s character to piece together the mystery and find out what happened. The title comes from the 21 major bridges that lead out of Manhattan. The detective orders them, along with trains, tunnels, etc., be closed during the manhunt. JK Simmons, Taylor Kitsch and Sienna Miller costar.

Knives Out is an original “whodunnit” mystery written and directed by Rian Johnson. When a wealthy writer dies, an eccentric detective is brought in to find the truth. Daniel Craig plays that quirky investigator alongside a massive cast that includes Chris Evans, Jamie Lee Curtis, Don Johnson, Toni Collette and Michael Shannon. In true “whodunnit” fashion, everyone is a suspect.

Jodie Turner-Smith and Daniel Kaluuya star as the title characters in Queen & Slim. Out on a first date, the pair get pulled over by a police officer and an argument, pulled gun and scuffle leads to the accidental death of the officer. On the run, the pair find themselves being viewed in two very different ways by the people they encounter. Some say they’re murderers and others think they’re civil rights heroes.

I would have loved Knives Out to be a pre-Halloween release. Even so, it is my top pick for the month. A star-studded murder mystery with over the top drama and comedy is my kind of movie. Also, I’m not much of a car guy, but I’m finding myself drawn into Ford v Ferrari. Damon and Bale’s performances in the trailers have me sold. Outside of Frozen II, the jury is out on which November movies audiences will flock to. If anything, I guess we should appreciate the variety.