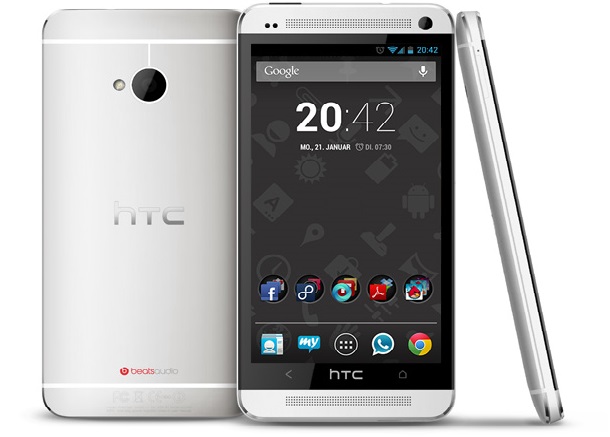 Instead of a new Android version or perhaps a new Nexus handset, there was a different sort of launch at Google I/O this year – Android Vice President Hugo Barra showed off a Samsung Galaxy S4 running pure Android. No TouchWiz, and no other bloatware – just pure Android. While developers, and many consumers may love it, could such a launch be a sign of more pure Android handsets to come? How about a pure Android HTC One?

The HTC One, HTC’s current flagship device – and one which is supposedly bringing HTC back in business this year after prolonged failure, has been receiving stellar reviews all over the world. The phone was uniformly praised for its beauty and design, but it lagged behind other flagships in terms of software. The Xperia Z and Galaxy S4 run Android 4.2.1. But now, it seems HTC too might be releasing the equivalent of a pure Android Galaxy S4. According to @LlabTooFeR, a leaker reputed for his authentic HTC-related leaks, has tweeted that an HTC One without Sense, running Android 4.2.2, is on its way.

HTC One without Sense 5 on board? Easily…

Before the launch of the LG Nexus 4 last year, there were strong rumors that each Android manufacturer – HTC, Samsung, Sony etc – would be releasing ONE Nexus device each – that is, one phone without any custom overlay interface, instead running just pure Android. Although this did not happen back then, the idea seems to be catching up now.

A pure Android device runs Android without any bloatware or modifications from the manufacturer or carrier – and is the fastest to get any software update that Google may release. Many consumers often complain about the endlessly-delayed updates to their devices, while Nexus devices, and other unlocked handsets, always get the updates the quickest. The T-Mobile HTC One S, for example, only got the Android 4.1 update recently, while the international version of the phone had its update out by last December.

A non-Sense (pun unintended) HTC One may not be accepted universally, however. Although HTC’s custom Sense interface is said to make the Android OS run slower, Sense has been widely considered to be the best overlay interface in the market, and continues to be an important factor in HTC’s sales strategy. Many consumers, in fact, enjoy Sense on their HTC devices.

So what if you want the latest version of Android on your HTC One, but are unwilling to part with Sense? There’s good news. @LlabTooFeR, , has also confirmed that the HTC One will be receiving an Android 4.2 update as early as in the next ‘2-3 weeks’.

So there, good news for everyone.