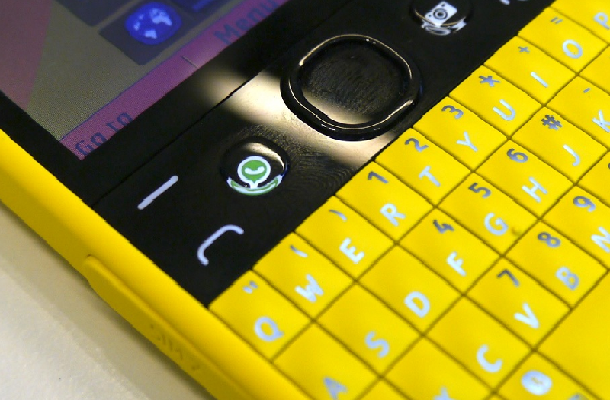 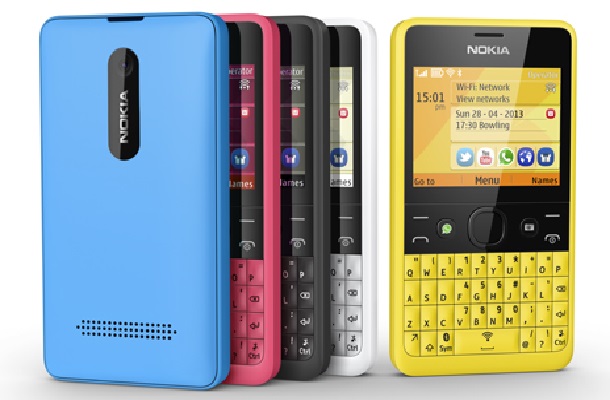 Broadly, the Asha 210 is primarily for ‘social networking’ – it comes with Facebook and Twitter preloaded. But Whatsapp gets preferential treatment, with a dedicated button on the keypad (it has a QWERTY keyboard).

Users also get a lifetime subscription to Whatsapp messenger free of charge on the budget device. That can save you about $1 every year.

The Asha 210 is available in two variants – single SIM and Dual-SIM. Nokia claims the single SIM model has as a battery standby life of 46 days, while the Dual-SIM version can go last as much as 24 days.

The camera on the device is a mere 2 Megapixels – something almost extinct now. Most budget phones offer at least 3.2 or 5 Megapixels with their cameras now. There’s no front camera, of course.

This is not the first time a phone manufacturer has come up with a handset dedicated to social networking. HTC had previously released the HTC ChaCha, which came with a dedicated Facebook button for instant sharing and access to the website.

Whatsapp is the world’s most popular with cross-platform Instant-Messaging app, with at least 150-200 million users worldwide. It handles about 12 billion messages daily, and has been in the news for acquisition rumours by both Facebook and Google – both denied by Whatsapp. Reason enough for Nokia to cash in on its popularity with the Asha 210.

The Nokia Asha 210 is going to cost just $72 (without all the operator subsidies), and will hit the stores in the second half of 2013.