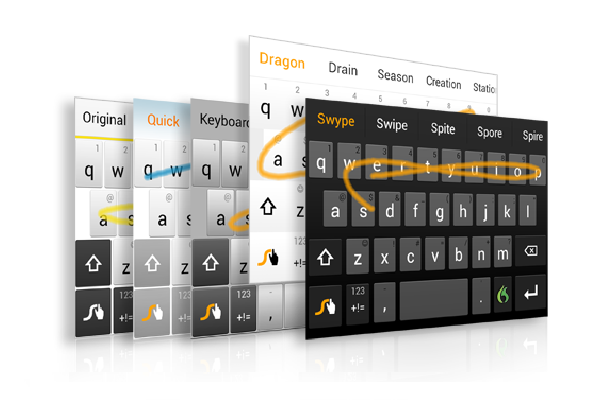 The father of gesture-based typing – the Swype keyboard, has finally rolled out of its Beta Stage and arrived on Android’s Play Store. It is available for download for $0.99 ‘for a limited time’.

Swype was among the first keyboards to allow users to type text by simply sliding their fingers across the screen. It was purchased by Nuance in 2011 for $100 million and currently boasts more than 250 million users worldwide. Swype had even held the Guinness World Record for the fastest typing on a phone.

Swype will be available in 2 versions: a free 30-day trial, and a full version that’ll cost you $0.99. The paid version’s price is expected to go up eventually.

Swype had been in Beta stage for the past 3 years, and could only be downloaded after following what was a complicated process for most Android users. You had to register with your email address on Swype’s website, after which you’d receive a download link to an installer, that would manage downloading and installing the beta version on your device. Since it was not available on the Play Store, it also needed you to allow “third-party installation” on your Android device.

Now directly available on Play Store, all you need to do is hit the “Install” button.

Swype is not the only one of its kind in the market, though. Gesture-based typing has become widely popular – other keyboards like SwiftKey and SlideIT have already been available on the Play Store for a longtime, and have been considerably successful. Even Android’s latest version – 4.2 came with in-built gesture-typing capability.

Swype currently supports 62 languages. The official Play Store version also brings features from the previous Beta release, like Living Language – which detects your location and adds local words to its dictionary, and Smart Editor – which suggests better words in the context of the sentence you type.