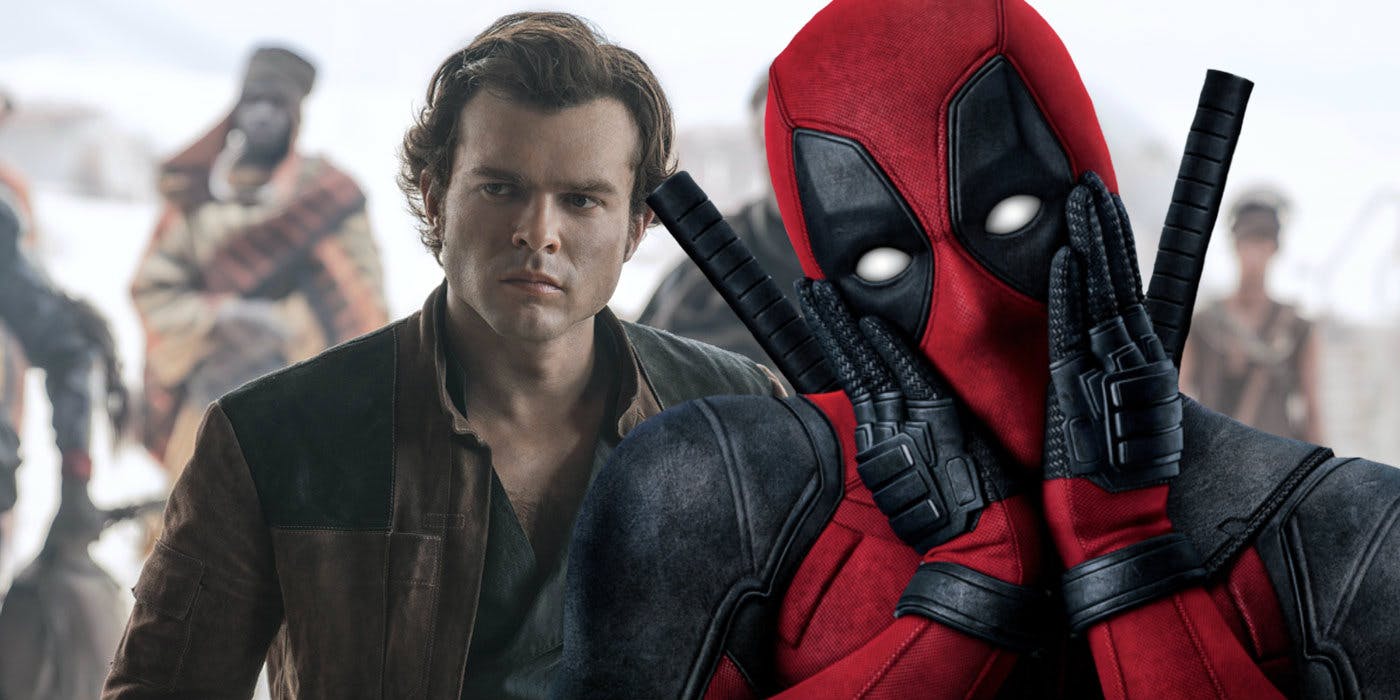 Summer is upon us and that means one thing to geeks like you and me: Blockbuster movies! We’ve been teased… we’ve been tortured.. and we’ve been saving our pocket change because the rest of this year looks to plop many of us in theaters across the country several times a month. And that can get expensive… especially with the irresistible smell of popcorn invading our noses which dominos into having to have a $7 soda to wash it down with.

Now that the movie frenzy has officially begun with the release of the latest Avenger’s flick, we’re seeing a better influx of trailers. And some of them seem to have the superhero ability to reach into my heart, and wallet, and force-choke me into obedient submission weeks, and sometimes even months, before the release is set to hit theaters. So let’s take a look at some of the new trailers that have my mouth-watering.

I mentioned ‘force choke’ so of course I have to start here. I’m a huge Star Wars fan, I’ve seen every chapter at the theater more than once, and I generally watch my Blu Ray set every other month or so and I’m one of the few that actually enjoys the prequels. That being said, I was hella nervous about a Solo origin story. This is Han we’re talking about here and the head writer, Jonathan Kasdan, was 4 years old when Return of the Jedi was released. But then I dug a little deeper.. and started liking what I saw.

Kasdan’s father, Lawrence Kasdan, is also on board and this guy… well he knows Solo! Having written the screenplays for classics like Raiders of the Lost Ark, The Big Chill, Silverado, The Bodyguard, and Wyatt Earp, the elder Kasdan also wrote both Empire Strikes Back and RotJ. The two best installments of the entire series.

Check out the latest trailer and see if you get as excited as I am about this one. The release is less than 2 weeks away and I will definitely be reviewing it after opening.

The latest, and reported ‘last,’ trailer for Deadpool 2 is out and while it kind of seems like a mini-ad for an upcoming X-Force movie, it still looks like we’re in for another fantastic ride with the ‘Merc with a mouth.’ I was super skeptical about Josh Brolin taking on Cable, I’ve been waiting for this character since way back in the ancient 80’s, but the teasers and trailers did serve to brighten my outlook. I watch Deadpool quite often, it’s one that never seems to get old, and I’m really looking forward to this sequel.. along with what I hope are many more to come.

Okay, this one snuck up on me so I’m betting that more than a few of you haven’t seen this trailer yet either. And man oh man does it look like it definitely belongs in this article. Breaking it down: man gets paralyzed, evil genius offers him a cure, man gets a freakin ninja computer implanted. Okay okay, it says it’s not a ninja but I think it’s just being modest. I’ve had over a million dollars worth of surgeries and I actually have 2 different implants with wiring running up my spine. So this trailer immediately made me go “I WANT ONE!”

In an ocean of remakes it is refreshing to see one that actually deserves to be remade hitting the big screen. The original Superfly came out in the “Blaxploitation” era of Hollywood and while it wasn’t a huge hit at the time, it has retained a very strong fan base. I love a good cops vs robbers movie, I just watched Den of Thieves this weekend and enjoyed it, and this update on Superfly looks to be a great one.

This one will get your blood pumping! Some of the scenes in the trailer for the upcoming dinosaur romp are very reminiscent of the tension and downright fright of the original, and with the return of a good portion of past supporting cast, it looks to be a great installment. I just hope we finally find out WTH Dr. Wu has been up to all this time.

Sicario: Day of the Soldado

Josh Brolin and Benicio Del Toro reprise their roles for this sequel, but with everything else these two gentlemen are in this year I have no clue how they had the time. The trailer speaks for itself on this one and if you’re like me, and apparently millions of others around the world, you’ve been hoping for a followup. Del Toro looks more menacing than ever and Brolin just looks like, well, his bad ass normal self. Or what I envision is his bad ass normal self anyway.

While I am a fan of the first movie, I’m of the opinion that the sequels were barely worth a Redbox rental. But this one has my attention. I’m all for mindless violence in movies, it’s the whole fantasy and “what if” aspects that generally capture my attention, and when it has a unique, or at least interesting, storyline, it is even more likely to snag me for a couple of hours. I like the prequel aspect here and if the trailer is any indication of the suspense and terror that awaits us, this could be a great installment to an otherwise lackluster franchise. Just pray that we never hear the words…

“Your government thanks you for your participation.”

Ant-Man and the Wasp

Marvel keeps pumping ‘em out, and we keep saying ‘keep ‘em coming.’ The upcoming sequel looks as fun as the original and I’m really looking forward to this one. The supporting cast here is perfect and I can’t wait to see the direction the MCU takes with our title heroes this time around. Ant-Man’s appearance in Civil War remains one of my favorites and while we will likely have to throw our basic scientific knowledge out the window again and suspend disbelief a little more than some folks like, the trailer for this one hints at some good clean fun knocking some bad guys’ heads around.

Okay I already did an entire article on this one a few weeks back, so I won’t go all fan boy again. But I had to sneak this one in again because even with all the upcoming blockbusters, this one has me the most stoked (okay Upgrade gives it a close race). Denzel returns as Robert McCall and some unfortunate souls messed up royally and pissed him off.

New impossible mission, same Ethan Hunt. Action movies don’t get much better than the Mission Impossible franchise and the theme music is enough to get the blood pumping of the fan boy inside us all. The stunts are outlandish sure, but that’s what we expect. I was a huge fan of the tv show and the gadgets, stunts, and never knowing who was going to Scooby-Doo us and be wearing a too-realistic face of someone else. A lot of our favorite spies are back in action for this new mission and I know I will definitely be watching. Hopefully it doesn’t self destruct 10 seconds into it.

So there you have it. A ton of movies lined up to separate us from our hard-earned money. And we do it with a smile…. Most of the time. Which movie are you looking forward to the most? Any that aren’t on here that you can’t wait for? Leave me a note below and lemme know and you can follow me @funewsalert.