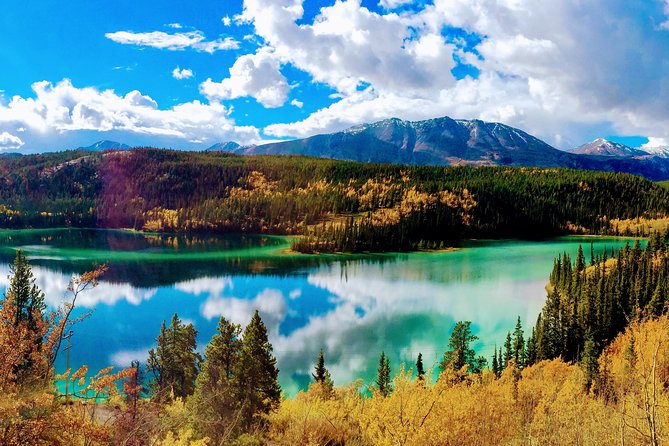 “The Yukon is a dangerous place, you never know what’s coming. I came up here because I don’t want to be around anyone.”

I’d agree with that line from The Call of the Wild.

The Call of the Wild is a remake of the original Call of the Wild classic by Jack London. The trailer shows the use of CGI animals in a story that will pull at your heart with each scene. If you didn’t know, it is also based on a compelling book.

The first look has the world’s most affable laddie, even if digital, and Harrison headlining it. Remember is not the first time the timeless narrative has been adapted for the screen. The first movie that came out was in 1923 as a silent film, and the last one was in 1997.

It seems to me that remake feels warm, hopeful, and packed with fast-paced action sequences that can only be appreciated in a cinema. The locations and sets are a thing of beauty as well, accentuating the call of the wild. They will undoubtedly be perfect and serve a visual treat for the theater-going audience. The Call of the Wild sounds like a great movie to put on your watch list.

The plot of the movie is set in the 1890s. We see that the story centers around Buck, a dog content in his life as a domestic animal. We find out that he was kidnapped from his life in a California home and taken to the icy mounds of the Alaskan Yukon during the Gold Rush.

Here Buck becomes a part of the dog delivery sled team and soon begins to lead it. The plot also aligns with a second parallel story of John Thornton looking tormented as a hermit who has arrived in Alaska as a way of getting away from people. Fate would have it that the beast and man would soon become friends.

Going through the teaser that will leave you with goosebumps. No wonder it feels like a big-hearted movie.

The film is directed by Chris Sanders, who is also the filmmaker behind animations such as How to Train your Dragon and Lilo and Stitch. You’ll probably realize that he’s perfect for the film. His prior films explore similar themes between animals, their adventures, and their relationships with humans.

The screenplay is written by Michael Green.

What do you think?

The Ghostbusters Afterlife Trailer Leaves Us Needing To Know More

Artemis Fowl is Coming to Theater Near You in 2020